From Chile, Homínido produced a fine album in 2014’s Estirpe Lítica, now they are back with their new release, Alados, which you can read the review of HERE. TPA’s Jez Rowden spoke to drummer, percussionist and writer Rodrigo González Mera about the inspirations for the album and life in a prog/jazz/ethic hybrid band in South America.

Hi Rodrigo and thank you for taking the time to speak to TPA. 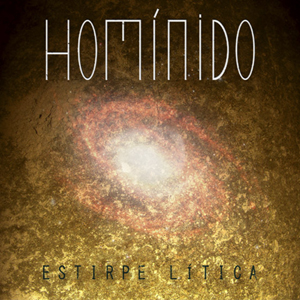 Estirpe Litica was one of my favourite releases in 2014, it worked on many levels as a rewarding experience over repeated listens. How happy were you with the way it turned out?

It was our first album and I generally found that it turned out pretty well. But in hindsight maybe we didn’t fuse the voice with the music well enough. This is something that we have tried to do more successfully with Alados.

Alados is a conceptual work concerning the human characteristics to be found in some of the native bird species local to you in South America. How did you come up with this idea and how did you select which birds to include?

I appreciate the bird life that exists around us very much, seeing them fly and hearing their song is an important part of everyday life. Here where we live in Chile there are many different species, each one having their own characteristics. All of the birds that we have chosen are to be found in the vicinity of our city and we selected those that most appropriately display different personalities and customs, much like the people that they live amongst.

Through your work with La Desooorden and now Homínido you seem to have a deep relationship with the environment and your place in the world. Are historical, environmental and social themes important to you?

Yes, I am very interested in these issues and they inspire me to develop conceptual music to try and bring them to the attention of a wider audience.

How did Homínido come together?

After the break up of La Desooorden in 2012 I recruited guitarist Pablo Cárcamo for a new project and we started to compose the music that would eventually become the Estirpe Lítica album. A few months after that I invited bassist Francisco Martín, who was also a member of La Desooorden, to become involved but it was much later, around a year, that we were joined by vocalist Eliana Valenzuela and Cristopher Hernández on trumpet to complete the new line-up as Homínido.

I was a big fan of La Desooorden, what was the most rewarding thing about being part of that band?

La Desooorden allowed me the opportunity to make music in many different styles that combined lots of different instruments and this was always something that I enjoyed. 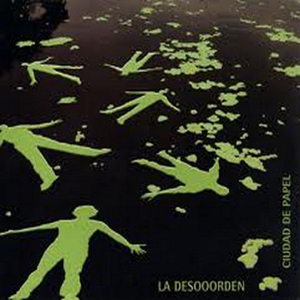 Which La Desooorden album are you most proud of?

Ciudad de Papel [‘Paper City’] because of the arrangements and the importance of the theme as it was something that greatly affected to area around our city, Valdivia. The environmental problems of a new pulp mill in the region mobilized a large part of the population and even led to the making of a documentary film for which the music of La Desooorden, and more specifically the Ciudad de Papel album, was the soundtrack.

What is your musical background and how did you come to be a member of La Desooorden? Can you tell us a little of the history of the band?

I had previously participated in several other bands before founding La Desooorden in 1994 with bassist Francisco Martín. La Desooorden had many members during its period of activity, but there were mainly three formations. The first one (between 1994-1996) with Alfonso Moreira (guitar), Francisco Martín (bass), Peter Pfeiffer (sax), Kike Mandiola (voice) and myself on the drums, but this formation did’t record any albums. The second formation (1997-2000) saw Christopher Krarup replace Alfonso Moreira on guitar and with this line-up we recorded Monstruo de 7 cabezas. Finally, the last and longest formation (2000-2010) featured myself, Martín and Pfeiffer with Alfonso Banda (guitar), Karsten Contreras (voice and percussion) and Fernando Altamirano (voice). This was the most prolific line-up for the band and we produced the Ensayo, La isla de los muertos, Ciudad de Papel and El Andarín albums plus a DVD for La isla de los muertos.

For us it is difficult, more so because we don’t live in the capital city, and the progressive and alternative music scene in Chile is very small.

The Chilean government seems to be particularly supportive to local musicians, how have you benefited from this over the years?

There are some cultural projects that are promoted at central and regional government level where you can propose work with a view to getting financial support. We have won some of these to help with the production of three releases (one CD and one DVD with La Desooorden and the first Homínido CD). Also we have managed to get support for tours within Chile and abroad, to Mexico and Argentina.

To me some of the textures on Alados are not as harsh as Estirpe Lítica, do you agree? If so, was this intentional or did it evolve from the subject matter and writing process?

Personally, I don’t find Alados less harsh than Estirpe Lítica. There are themes like Queltehue, Traro or Chuncho that have plenty of power in the playing. For this album the degree of power depends on the characteristics of the bird that the song is representing. 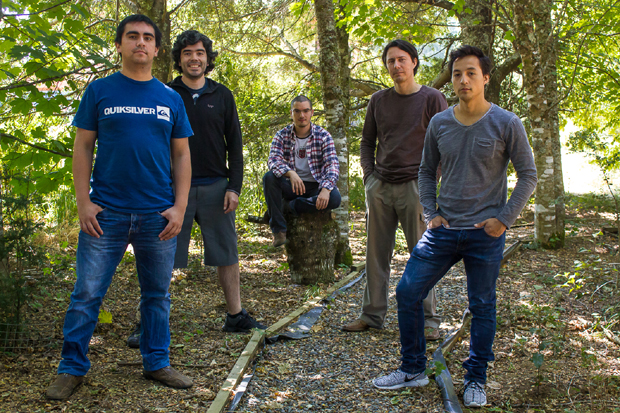 Would you agree that the brass instruments of Cristopher Hernández are more central to the sound this time? His contribution and that of Benjamín Ruz being crucial elements of the Homínido sound.

Yes, we were looking for that this time. The aim was for the additional brass and violins to give Alados a more symphonic sound, and I think we succeeded.

It’s a big move to change the vocalist but replacing a female voice with a male one is huge. How did this come about and how did Javier Briceño become involved? Did you feel that you needed a voice like his on Alados?

After Estirpe Lítica we wanted to make a change with the voice, and Javier gives us the warmth of tone and power that the music we were writing for Alados needed.

You now have a Touch Guitar player in Natán Ide. Was this also a concious decision and what benefit – if any – does having a Touch player involved have over a traditional bass guitarist?

Yes, we wanted to include the Touch Guitar to give new colours and textures to our music and to explore the way it mixes with the guitar. Natán plays with many effects and he has achieved many interesting sounds, like for the intros to Tenca or Chuncho.

Rodrigo, your style of playing incorporates a lot of percussion and this is a big part of why the sound works so well for me, it is steeped in the rhythmic history of South America and other traditions. How do you approach your playing?

I very much like world music and I always try to incorporate different percussion instruments into our music. In general, I play and record the percussion after the theme of the song is totally composed. In this sense I feel that the percussion makes for a good complement but is not itself the heart of the music.

I understand that Pablo Cárcamo’s guitar style comes from his metal background, on Estirpe Lítica in particular the more metallic edges certainly paid dividends. For Alados that side of things appears to be toned down slightly. Was this based on the subject matter? 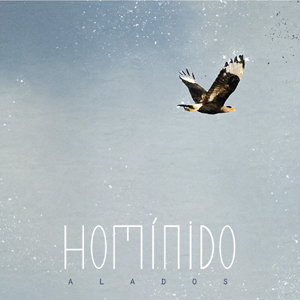 I don’t agree with the perception that the metallic edge of Estirpe Lítica has been played down this time because there are many songs on Alados that have powerful guitar parts and real attack, like Queltehue, Traro, Chuncho or Cachudito. But I do feel that for Alados the harder edged guitars are used to develop the songs and achieve a crescendo in a better way.

Do you have any shows lined up and will you get to play outside Chile any time soon?

For the moment we are promoting Alados in Chile, playing in several cities, but we are hoping to be able to tour next year in Mexico. In the short term, we will be playing a release show for the album in Valdivia in September.

In the near future we want to compose another conceptual album, this time relating to the problems and benefits of modernity in the world around us.

Thank you for your time and for giving us another stunning recording in Alados. Good luck with it and all best wishes.