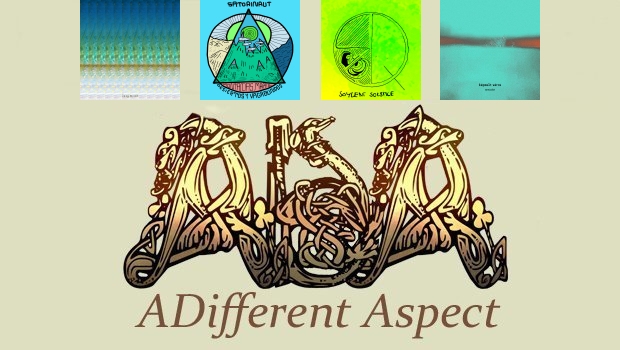 Until days ago, I had albums from only two Hungarian bands (Everwood and Thy Catafalque) in my collection. With the recent addition of aJna and Ghost Toast for review purposes, that total was instantly doubled, although aJna and Ghost Toast are notably different, as they are post-rock bands. So, inspired by these two formidable releases, and with Hungary in the news for its recent alarming turns to a totalitarian regime, I decided to explore Bandcamp and see what else I could find in the post-rock scene.

I found a lot – and a lot of that lot was by one person (Csarnogurszky István) who could have a whole A Different Aspect devoted to his many projects alone. Rather than overwhelm myself by attempting to work my way into that vast discography, I turned instead to a group of musicians who between them can be found playing in different bands, a form of psychedelic post-rock; and to a band which, as per their Bandcamp description, “differs from the usual by the dominant role of the keyboard and the cello.” 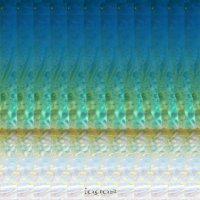 The album starts beautifully and tranquilly, before the guitars come in with a fairly standard, but thoroughly enjoyable post-rock riff. The bass really pulls this number along, and we’re completely in post-rock territory until Krisztina Benus starts singing, in a style quite reminiscent of Grace Slick in those early days of Jefferson Airship. Suddenly psychedelic post-rock starts to make sense. That said, there’s also a nice heavy Tool vibe at times too.

If the opening number is mostly post-rock, with a psychedelic sheen, the following track is the opposite, with the psychedelic elements coming to the fore, yet still retaining a post-rock vibe. The album follows in this way, effortlessly and enchantingly dancing between the two styles. There are fuzzed-out jams, and beautiful clean passages (the crystal clear introduction to the third track, for example), that blend together fluidly into one vast spacey, sonic sprawl.

The bass of Attila Nemesházi really does hold the band together, for me, along with the drums of Istvan Baumgartner. The rhythm section really is very impressive, though this is not to take away from the guitar flourishes of Bence Ambrus, which float over the top, and are the icing on a quite delicious cake. Definitely a band worth checking out! 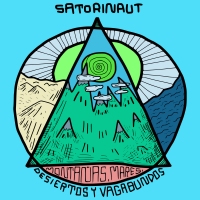 Bence Ambrus is back on guitar for Satorinaut, but here he provides the anchor and main sound for the band. The bass and drums definitely take a back seat, in this self-described “space post-rock jam trio”. Sublime and intense heavy psychedelic jams. There’s far less post-rock in Satorinaut than Lemurian Folk Songs, and while it sounds like there is improvisation in the compositions of both bands, there is far less structure in Satorinaut’s jams. This is not at all a bad thing, though. In fact, I love this and find it impossible not to be swept away by the enthusiasm of the playing.

Though I found Satorinaut via the Montañas… release, I have since found they have a newer release (January 2020) which is a sprawling quarter-hour jam (demo?). Vulcano Rehearsal is noisy but nice, and if you like Montañas, you may as well check it out, too. The band power through a heavy mix of psych, blues, post and stoner, and it’s pretty impressive despite (or maybe because of) it’s rawness. 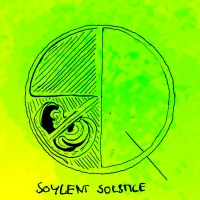 Featuring Bence Ambrus once again, along with Lemurian Folk Songs compatriot Istvan Baumgartner on drums, Liquidacid keeps the psychedelia but, despite no mention of it in their description, never really loses the post-rock vibe either – though it is definitely relegated to the background. The Bandcamp pages states “We don’t do songs, we just transmit the ever playing ethereal groove”, and this is a groove that plays out over 22 minutes!

If The Doors were a post-rock band, they might sound like this. This is a dark psychedelic vibe, and it is easy to imagine Jim Morrison soliloquising over the top. Alternatively, I’m reminded of Neil Young’s extended psychedelic jams – if he traded his grungy riffs for a more clean and crisp post-rock feel. If you can work out how Liquidacid sound from that muddled description, well done! Otherwise, you might just have to listen…

Finally leaving Bence Ambrus behind, we reach the post-rock band that impressed me most on taking this journey through the pages of Bandcamp. And sure enough, as promised in their description, the prominence of keys and cello in their sound really does provide a great point of difference. The Bandcamp mentions vocals being sung in Hungarian, but this must be a feature of previous albums, as they are sung in English on Samizdat. Of course, post-rock is a genre that relies mostly on instrumentation for expression,

That said, because of the way the vocals breathily float over the top of the music, they remind me a little of the way Giancarlo Erra’s sings over the music of Nosound. And because I love Nosound, I do very much also like the style of vocals here. Overall, this is the most fluid and organic sounding of the Hungarian post-rock bands I’ve explored here, and as much as I’ve enjoyed them all, the only one that could compare favourably with the two bands that had me seeking out further explorations into Hungarian post-rock. Neither as flashy as aJna, nor as flamboyant as Ghost Toast, it may not be as immediate, but it is just as satisfying.