Yes Guitarist Says Relayer ‘Is Going To Be Pretty Amazing’

Yes, one of the most innovative of all progressive-rock bands, and true legends of the genre, have announced an 8-date UK tour during May and June of 2020. The Album Series 2020 Tour will feature their 1974 album Relayer in its entirety, the latest as Yes continue to revisit their classic albums in full, together with a selection of other Yes favourites. 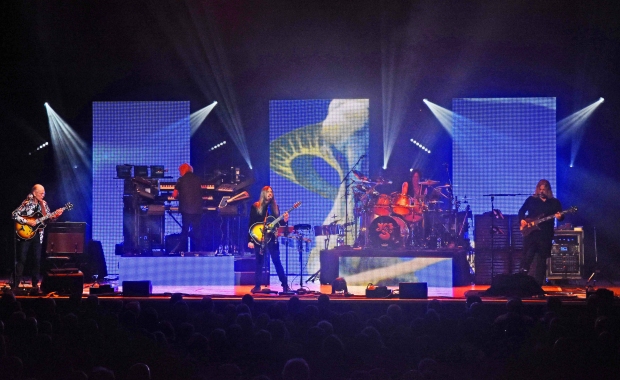 “This could be the most exciting one”, enthused Yes guitar legend Steve Howe. “We’ve been building up to Relayer, I think this is going to be pretty amazing.”

Between 1971 and 1973 Yes established a reputation as leaders of the progressive rock movement with a series of ground-breaking albums. Following the tour supporting their Tales From Topographic Oceans album, another Yes legend, keyboard wizard Rick Wakeman, left to pursue solo projects. The eventual arrival of Swiss keyboard player Patrick Moraz signalled a slight change of musical direction with the Relayer album having a harder avant-garde/jazz edge.

“We didn’t consciously change direction,” said Steve, “we just played the music we had. If the direction changed it was because the writers changed and the different collaborations affected it. (Bass guitarist) Chris (Squire) and (vocalist) Jon Anderson) wrote lots of things together, then Jon and I wrote lots of things together, that was the direction change, it was nothing conscious.”

“When Rick quit after Tales, we regrouped and tried playing with Vangelis for two weeks but we weren’t playing Relayer, we hadn’t written it. As we got ready to go to the studio, and we discovered Patrick, then we became a complete unit and the writing sort of pours into it. Jon and I had written (final track of three) To Be Over and the other music came about through the other collaborations in the studio.” 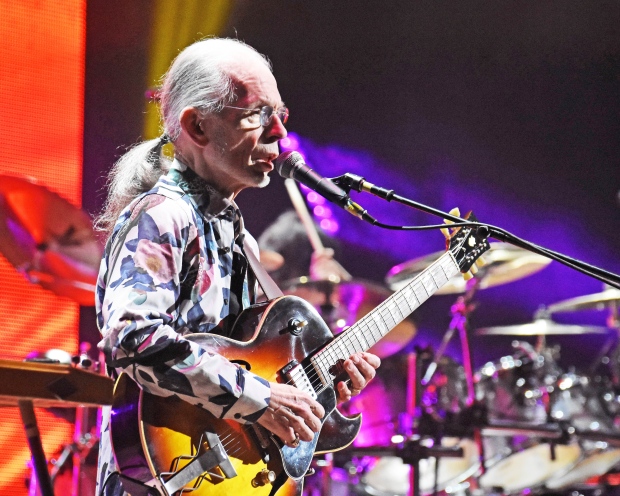 The Relayer album featured The Gates of Delerium on side one, almost 22 minutes long and influenced by Tolstoy’s epic War and Peace. The centre-piece to the track is the dramatic battle scene played out between Moraz and Howe. The battle gives way to the beautiful closing ballad Soon, a prayer for peace and hope.

I had to admit to Steve that, initially, I had found Relayer a very difficult album to get in to. Only the persistence of a good friend compelled me to stick with it but, once it clicked, Relayer became one of my favourite Yes albums and still one I frequently listen to.

“That’s nice!” Steve laughed. “Sometimes these things kind of grow on you, I think that’s kind of nice about music, it doesn’t always grab you straight away. Sometimes it creeps up on you.”

Steve had joined Yes, in 1971 as a replacement for Peter Banks as the band began work on  The Yes Album, the first album to define them a force in progressive rock, and containing the perennial concert favourites Yours Is No Disgrace and Starship Trooper. Steve would quickly gain an international reputation as an outstanding guitarist, extraordinarily versatile in styles from hard-punching rock riffs to intricate acoustic solo pieces in a classical style. The Yes Album also featured a live recording of Steve’s solo piece Clap.

“That variety is something that I do particularly enjoy, partly inspired by people like Chet Atkins, but I love so many other guitar players and I’ve taken that along with me. I found myself fighting a trend as rock went to a kind of blues style. I’d done that in my early years and I felt the guitar would stagnate if everyone was just playing the blues on it,” he laughs, “I thought I’d bring something different, so I went back to the acoustic guitar and that really tested out the recognised ability of what Yes were. The Yes Album had Clap, and I was thrilled that the guys wanted to put it on there.”

“By the time Fragile came along we were really working together to make the most highly original sounds that we could make. I think Fragile really sets the bar for Close to the Edge and the following albums. We had this original sound, full credit to Chris Squire and Jon Anderson, Bill Bruford and Tony Kaye, originally, who was just great and, of course, our other player…”

Later in the year Rick Wakeman replaced Tony Kaye for the Fragile album and the classic Yes line-up was completed when Bill Bruford was replaced by Alan White on drums for the Close to the Edge tour. The one thing that always impressed me about progressive rock was the incredibly high level of musicianship on display.

“We reached a real high, doing Fragile and then Close to the Edge, we valued the musicianship, the artistic ideas and the vocalising that people bring and that’s why we’re still doing it, because it’s exciting to do! Close to the Edge was voted the most-proggy album possibly ever made. It was very experimental. Heart of the Sunrise and South Side of the Sky (from Fragile) were 10-minute epics, but with Close to the Edge we just took it a stage further and I’m very pleased we were brave enough to do that.”

“Alan became our drummer and he did change the style. Chris talked about it sometimes and he’d say ‘You know, it’s not Bill, we have a new guy to develop,’ and when you listen to the drumming, say, on Drama (1980) you can see how the aspects of the drumming became more important in a different way to Bill. Bill always occupied the small, the very intricate and delicate but very powerful position. What Alan did, he brought a more regular style of drumming but it developed into a new drumming style for Yes of which Drama is a great example.”

In recent years Alan White’s health has restricted the time he is able to join the current Yes line-up of Howe, Geoff Downes (keyboards), Jon Davison (vocals) and Billy Sherwood (bass guitar) on stage. Jay Schellen has proved an excellent replacement for the bulk of the set with Alan appearing towards the close of the show, often to a hero’s welcome! 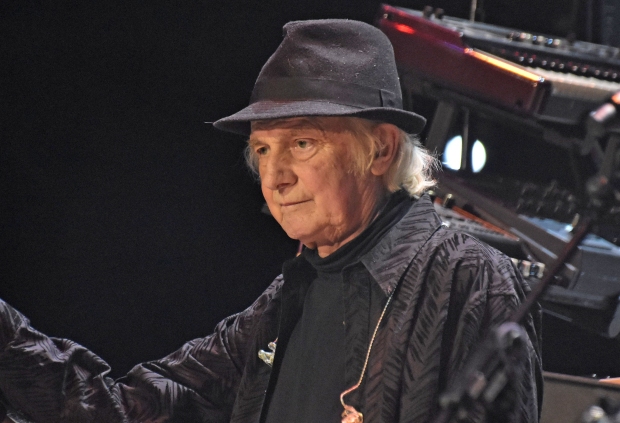 “Oh yes. We love Alan sticking at it, he’s a real trooper. He’s had his health issues and we work with Alan so that he’s not loaded with the whole set. We have Jay Schellen again doing large parts of the set. This time Alan will be performing in both parts of the set and the encore – he always does he encore.”

The music of Yes has endured through the years and has been handed down through generations of music lovers. Seeing Yes on their 2018 tour, at Sheffield City Hall, during the interval I got into conversation with a chap who had first seen Yes play the very same venue more than forty years earlier. He was there with his son who had grown up with the music of Yes and was as big a fan as his dad.

“That’s nice and I’m so glad that’s true”, acknowledged Steve. “We weren’t just running round doing things, we were doing things that have lasted very nicely. That’s because of the collaborations, it’s the team-work that signifies Yes.” 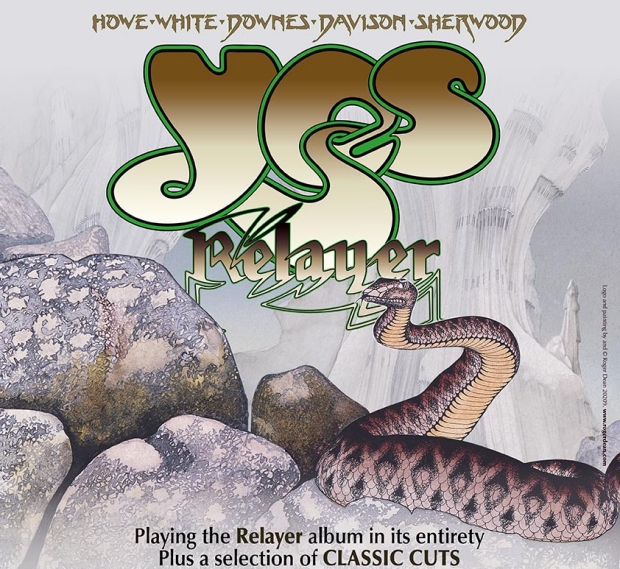 [All photos courtesy of Geoff Ford.]

For more visit Yes official website | You can also find these dates (and more) at TPA’s UK Gig Guide.