A century-old former silent movie cinema, Retford’s The Majestic Theatre, tonight hosted The Floyd Effect tribute show. As the ghosts of the old building reminisced fondly about the quiet good old days an audience of 50-somethings enjoyed over two hours of superb musicianship with a touch of humour thrown in, as if to reflect the music hall years of yore.

Cambridge based (where else?) and performing since 2007, this is a band that is of the highest calibre, and with being copycats of one of the planet’s most famous names, they probably have to work harder than any other type of act, and boy do they pull it off! 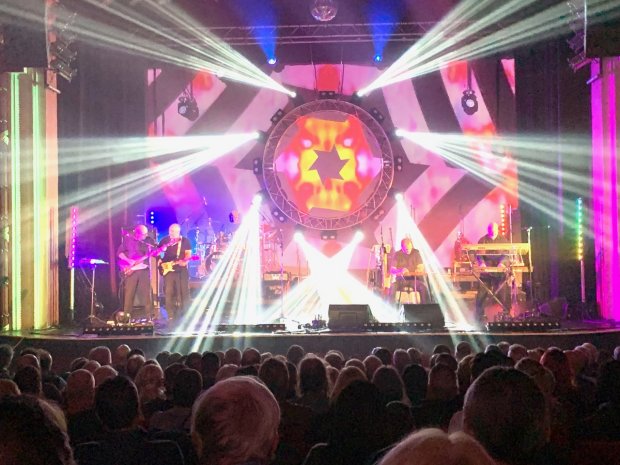 Gilmour/Waters impersonator Mark Horgan also plays the clever guitar bits and must be the best-kept secret in rock. Former David Bowie live technician and second guitarist/vocalist John Lovegrove’s decision to join was cemented when he noticed that at his audition he was offered chocolate Hobnobs rather than digestives. An excellent choice of biscuit and player. Gordon Reid is master of ceremonies as well as playing Richard Wright’s parts, and they are spot-on, whilst bassist Gary Tyrell morphs seamlessly between Waters and Pratt (Roger and Guy that is) as The Floyd Effect requires. His work on One of These Days physically caused cracks in the ornate plasterwork. Drummer Kerry Howes plays like Nick Mason’s clone with saxophonist and third guitarist Gerard McDonald’s soulful playing making sense as he used to play with The Drifters. His interpretation on Us and Them was jaw-droppingly good.

Gerard’s partner, Fiona Ford, is also one of the backing singers, the other being Tiffany Lovegrove. Both tackled The Great Gig in the Sky with aplomb and the crowd cheered loudly at its conclusion, accompanying a very touching hug of happiness between them. As Alan Partridge might tangle on Mid-Morning Matters, “The addition of backing singers is the icing on an already well-iced sponge of a cake that already had icing on it”…They were great!

This, of course, was all during the second half where the Moon of Darkness was played in its entirety. The event is called “The Wall around the Moon” and the concert ends with Comfortably Numb (yes, with that solo) and a rousingly danceable Run Like Hell concluding what seriously must be one of the best live experiences out there. This will not make naysayers of tribute music very happy, but you can’t argue with 600 Northerners… 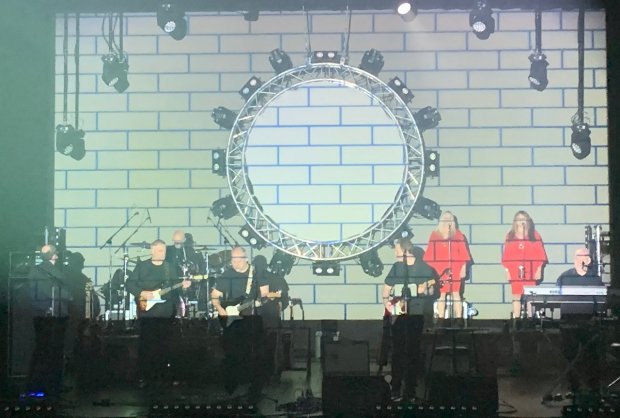 But “If yer don’t eat yer meat yer can’t have any pudding”, so back to the entrée.

Straight into a well-done fillet for the concert opener, and parts one to five of Shine On You Crazy Diamond are played, and off the bat special mention should go to the two chaps from Audio Plus who were responsible for the sound, lighting, projections, and kill-o-zap lasers. All this was on a backdrop that not only had a full-width screen but the iconic circular one in the middle which truly transformed this small venue into a stadium experience, which was as impressive as anything Mr.Pink did in his heyday. (Oh, by the way, which one’s Pink…?)

The aforementioned One of These Days was a surprise as Gordon told the excited wrinklies that they would be playing mid-period Floyd, and this piece of homicidal lunacy is from their earlier LP Meddle. The most up to date song was One Slip (fresh from 1987) but this was no Momentary Lapse of Reason as Floyd has just released The Later Years 1987–2019 box set where said album this track appears on has been remixed with new drums and keyboards. Let’s hope it’s as good as tonight’s rendition! The electric piano and bass guitar intro complete with Wooly McLamby on the screen brought forth a superb version of Sheep, with all three guitars shearing up the funky ending. 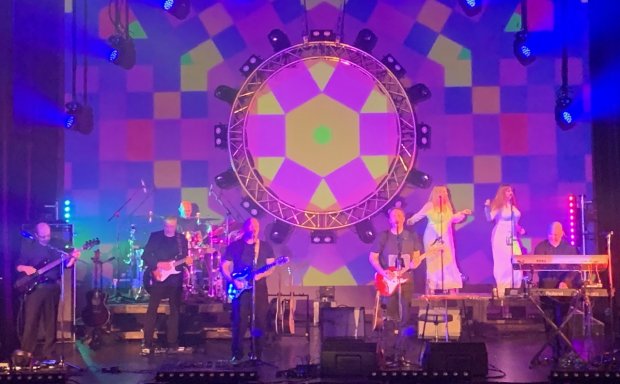 Wish You Were Here dusted off the 12 and 6-string acoustics with the singing from Mark Horgan being uncanny, but not as much as when a little angry reverb was added to his mic and a slight raising of his pitch turned him into the laughing boy himself for nearly all of side one of The Wall, bellowing from the stage to an amazed auditorium.

All eight members effectively bring the Floyd Effect into the heart of this timeless music and it will genuinely affect anyone who has witnessed these players. Catch them while you can. 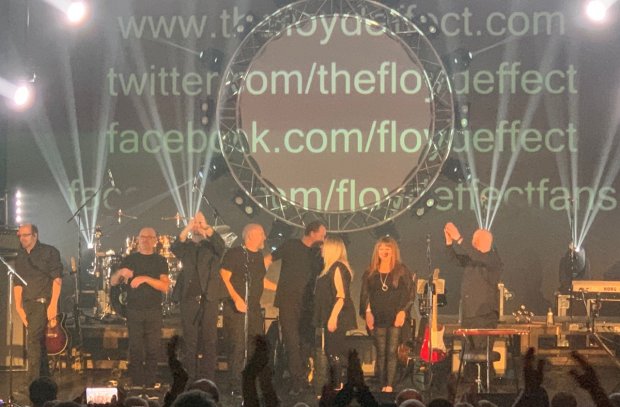 SECOND SET
Speak to Me/Breathe
On the Run
Time
The Great Gig in the Sky
Money
Us and Them
Any Colour You Like
Brain Damage
Eclipse
Hey You
Is There Anybody Out There?
Comfortably Numb
Run Like Hell