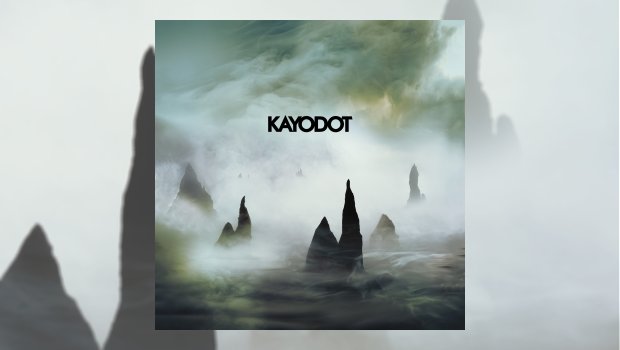 Toby Driver is one of a few true musical visionaries in this corner of creativity, but there’s a good chance you have not heard of him. For many years now he has been steering the good ship Kayo Dot into waters barely charted, and this new album Blasphemy is the latest instalment on that long, strange trip.

The best bands redefine themselves from album to album. While refinement might be a target, simple repetition of a successful formula is never on the menu, and because of that they never fit neatly into one category. The veteran New York-based Kayo Dot are one such example. I am reliably informed that Kayo Dot used to, or maybe still do, fall within a loose term by the name of “avant metal”, whatever that is. This handy catch-all might reference their unique way with electric and electronic instrumentation and the more than occasionally visceral noise they produce, but “Metal” is now such a fractured genre it makes “Prog” and all its many labels seem simple by comparison – but we do not care for labels, do we?

Kayo Dot’s previous three albums have seen them move from the grinding of tectonic plates, powered by unfathomable forces, on the maleficent and magnificent Hubardo, and onward through the Gothic Kosmische music of Coffins on Io, and then out on a limb with some dark and heavily synth-inflected tuneage on the swirling Plastic House on Base of Sky. The distillation of all this leads us right here to Blasphemy. This new album is based around a novel by Jason Byron, who has a long history with the band. A future-retro sci-fi seafaring story weaves its way through the album, courtesy of Jason’s lyrics, which I will not spoil for you here, you’ll just have to investigate further. Suffice to say, in a similar manner to his work on Hubardo, Jason conjures an otherworldly vision that transports the listener across the wide-open oceans of their imagination to distant alien shores.

Given the wilful musical eclecticism of the past Kayo Dot, one shouldn’t be surprised by the unexpected twists and turns this vessel takes on its journey to a peculiar redemption. The music on offer here is as occasionally strange as you’d expect, and the layers of production make for some interesting constructs. Even the dreaded autotune gets wheeled out during An Eye For A Lie, a composition that seems to be facing all ways at once. It is with some relief we land on Lost Souls on Lonesome’s Way, to find it inhabiting a more familiar Gothic post-everything territory.

Toby Driver’s voice has always been a step beyond the average, and now inhabits an alternative crooner’s bar stool on the upper deck, and is often used as another instrument, soaring effortlessly above the churning seas below. At a shade over eight minutes Vanishing Act in Blinding Grey is the longest song here, and it is a mystical and mythical tale, where not a second is wasted. “Passing time across the clouds of Q’Sh”, the music builds from becalmed beginnings to a tumultuous roiling tempest, the urgency in the voices ever more pressing. The lyrics and music combine to make an evocative whole, and the album highlight.

The story wends its magickal and metaphysical way, and we find ourselves ending on a prophecy of dark intent, open to interpretation. The triumph of the yin over the yang is only the half of it. Musically, Blasphemy – A Prophecy rollicks along on a tribal rhythm, and big keyboards. It does not get much more Gothic than this.

To be completely honest, and for all the above blather, my jury is still out on this album. There are more than a few intriguing songs, and Vanishing Act… is something of a triumph. However, after a few listens Blasphemy still refuses to be any more than the sum of its parts, and because of that I am having trouble getting a handle on it. It’s not a bad album, so maybe it will grow on me, we’ll see. I can’t just leave it there…

[There are various special editions of the album (see Bandcamp link below), which all include a 6-track bonus album of remixes by Matthew J. Serra aka WET MATH.] 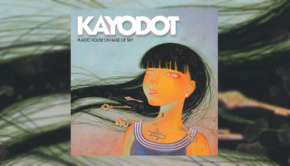 Kayo Dot – Plastic House on Base of Sky →