With two studio albums under their belt, I Am the Manic Whale released a live album earlier this year, a record of an acclaimed series of shows that have raised the band’s profile considerably. TPA’s John Wenlock-Smith spoke to main writer and singer Michael Whiteman ahead of their recent return to the Oakwood in Woodley where the live album was recorded last year.

Obviously this is a local venue for you, we came past that school at Leighton Park that you used to teach at on the way in, the one that inspired Princess Strange on the live album.

Princess Strange was inspired by my teaching experiences generally, not specifically that school. That’s a song about cyber-bullying, or bullying in general. One thing I’ve noticed through my teaching career is that kids can sometimes be really unpleasant to each other and when they get picked up on it they always say the same thing, they always say it was just a joke and that’s what kind of inspired the song.

You obviously did the live album New Forms of Life here. So what’s the motivation for coming back here tonight?

We really like this venue and the gig we did about 18 months ago was a great gig for us, people can hear that on the live CD New Forms of Life. We have lots of friends in the area who can come and see us and it’s a great venue, really intimate and that really suits us.

You’ve been doing quite a bit recently.

Yes, it’s been a busy week for us, we got involved with the Karibow tour, Karibow are from Germany and are doing about eight gigs here. We got asked to support them initially for one of those shows, at the Half Moon in Putney which is a lovely venue, and then another band pulled out and so we were asked at very short notice to cover for them, and so we did at their Guilford show, so that’s two dates, Tuesday and Wednesday with them, then a couple of days off and now we’re back here, and then in two weeks we’re doing another date in Swindon with Circu5 again.

Derelict from our first album, Everything Beautiful in Time, we’ve not done for quite a while. So we dressed it down, relearned it and hopefully we’ll do it justice tonight.

You’re also going to play some new tracks too?

Yes, we’re going to be doing two new tracks for the upcoming Manic Whale third album, one of these is Valenta Scream which is a song about the Intercity 125 trains from the 1980s. They were powered by Paxman Valenta engines and they used to make a screaming sound, I don’t know if you remember the old Intercity 125s? They don’t scream anymore as they had new engines fitted. The song is about the history of those trains.

(Laughs) I’m sure they’re not the only band that have written songs about trains, I’m passionate about trains as well.

I know, I’ve seen your Facebook posts and pictures. I am also passionate about trains. We went on a trip last week from Carlisle on the famous Settle line.

I’ve never done that one, but it looks beautiful. 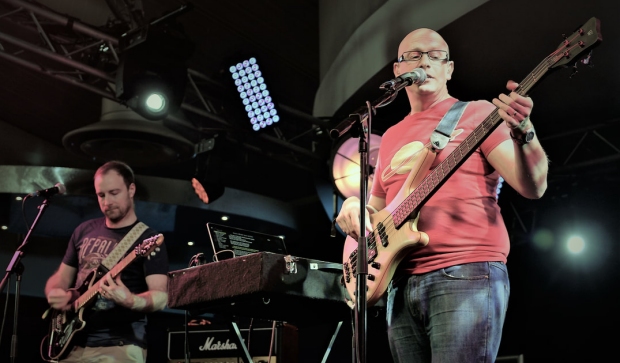 So when’s the third album coming out?

Well we have four songs completed that have gone to Rob Aubrey (Big Big Train producer), we have guitar, bass, drums and keyboards for another four songs that we have yet to finish, but we’re looking for an early 2020 release, although these things can slip back a bit so it could be a bit later, we’ll see how things pan out.

Do you have a title yet?

We do, but we’re keeping it under wraps for the moment.

Fair enough. I’m looking forward to the show tonight, should be really good. You’re doing about 90 minutes I believe?

Yes, Circu5 are on for an hour then there’s a short interval and then we’re on for about 90 minutes.

So how many does this venue hold?

100. Last time we had about 80 here so we’re hoping for a similar number again this time, and it is an all-seated venue as we’re not a band you dance too and I think having a seat helps people actually listen to the music better.

I noticed this week it was announced on social media that you are doing a gig at the 1865 in Southampton – an introduction to Prog, which is a great idea. As there are yourselves and some other bands that are up and coming on the ladder, as it were, do you think after these shows with Karibow that this could offer a good way forward for you?

I would love to do a tour with another band, possibly a major band that will draw in some big crowds. I’d love to get Manic Whale into mainland Europe, we’ve not left the U.K. yet. Most of our gigs have been in the south-west, we played at HRH in Wales and we’ve done a few Midlandsy ones, but I’d love to get the band to some northern gigs.

At the 1865 gig you have Franck Carducci, so that should be good.

Yes, that was quite a coup, he’s really good. He was at fusion but I had to come home before I could see him so I missed him sadly, I’m looking forward to that one especially.

We’ve got nothing in Cheshire but we have the Robin 2 in Bilston.

I’ve been to shows there – nice venue.

I’ll have to speak to Ken Slater as he is involved there, see if we can get you on there. I am also friends with This Winter Machine, they’d be a good tie-up for you, Al Winter is a great guy.

So Michael, how did Manic Whale first come about 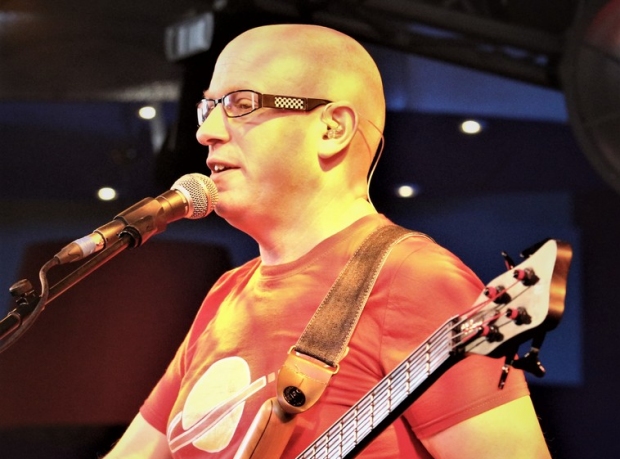 Well, I started out solo and then joined a Ska band for ten years, and when that dried up I decided to go back to my first love of Prog and record my own songs, with me playing all the instruments. Then on the first song I needed a guitar solo so I looked for a guitarist who could “Shred”. I can play the guitar but I can’t shred as such so I called Dave [Addis] an old school friend and it grew from there. John [Murphy] played a few bits on keyboards and then on the whole album, and that was suddenly it, it was a band and then people started asking if we can do it live. There is so much complexity and layers that live we had to thin it out a bit, but I think we would do OK.

I grew up in the ’90s and whilst all of my friends were listening to Nirvana and the Smashing Pumpkins, that didn’t do it for me so I went back and listened to some of my dad’s albums from the ’70s, and I love Queen and also Manfred Mann’s Earth Band.

Manfred Mann’s Earth Band’s Solar Fire was pretty much my first introduction to prog. The first song, Father of Day, Father of Night, and the guitar solo from Mick Rogers blew me away, still does actually.

I think I’ve seen MMEB about ten times or so now.

I’ve seen them about eight times I think, and met them once, an excellent band.

From MMEB I got into Genesis and it’s all gone from there.

I loved Genesis and had the privilege of interviewing Tony Banks a few weeks ago. I’d always been a bit down about Tony and not valued his talents properly, but he was such a lovely guy to talk to, very open and honest. I asked him about Genesis doing something again and he said that they talk about it frequently. They’ll never get Peter out but the rest of them could do something.

Yes he was very open and I told him straight – we need his gifts and talents again! He was quite taken aback, I think, so we’ll have to see what (if anything) comes of that.

Anyway Michael, that’s all the questions I have for you so let me wish you well for tonight, thanks for talking to us. 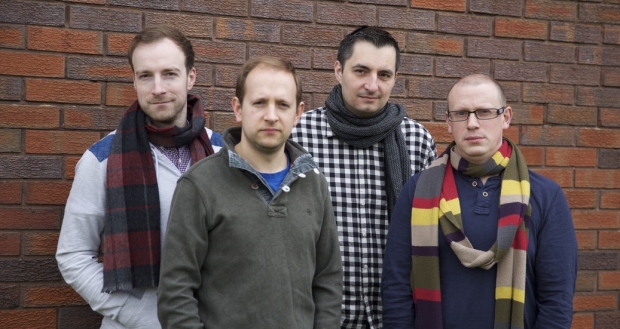