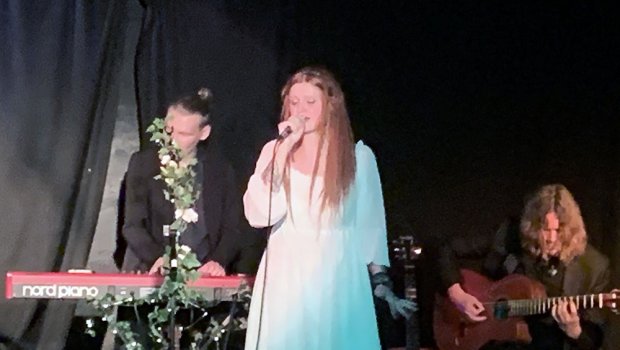 To describe Tuesday 1st October’s weather as inclement would be the height of understatement. On the day when Iamthemorning graced the U.K. for their sole show here, touring The Bell, I arrived at Paddington Station to an apocalyptic thunderstorm. Rain lashing down all across the capital during rush hour, I wondered if any of the sold-out Courtyard Theatre’s crowd would be forced to miss out on seeing one of Prog’s most exciting current acts. Not so, it seems; I arrived to the sight of a sodden caterpillar of umbrellas waiting patiently for the doors to open at 7pm.

Iamthemorning have been touring their Classical-infused ‘chamber prog’ in support of the equally excellent Riverside and, whilst that may be a dream double-header, I’m pleased that London had one of the few solo shows as I wanted to hear the band play a full set and, ideally, as much of this year’s magnificent new album as possible. As it turned out, with eight of its ten tracks represented here, I was not to be disappointed.

The venue is nothing to get terribly excited about. The staff were all very friendly and the location in Shoreditch is central and fairly easy to get to. The theatre itself, though, is down in the basement with an adjoining bar. The space is somewhat intimate (indeed, when I went to find the gents, I turned the wrong way and almost went through the curtain onto the stage!). I’m delighted for the band that the gig was sold out, but it did feel like the space wasn’t quite enough for the audience. I, and others, ended up lining the wall on the wheelchair ramp at the back. This was quite a contrast to the Bush Hall gig two years ago. 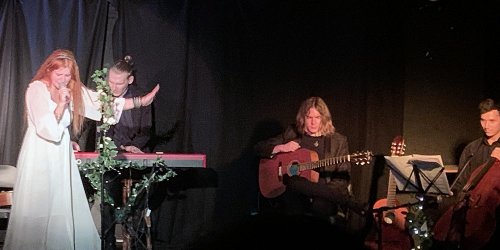 The touring band accompanying Semkina and Kolyadin this time around comprised acoustic guitar, ‘cello and drums. All three contributed more than mere harmony and rhythm, particularly around tracks like Touching II and Salute. There was evidently a great camaraderie between all five of them and this, combined with their undoubted musical gifts, went a long way to making this gig something special. The acoustics of the venue cannot be faulted and, save for the occasional crackle of a loose connection in the first couple of songs, the sound quality and balance was perfect, allowing the listener to clearly pick out each note and beat from the whole band.

I did feel that it took the band a few songs to really hit their stride and, although the opening three tracks are amongst my favourites, it was when they embarked upon Matches that I noticed the gig come to life. I don’t know, but I suspect that this is one of Semkina’s favourites because this is the second time that I have seen her perform this with great gusto and delight. This energy, and Kolyadin’s exquisite playing, made this a highlight. 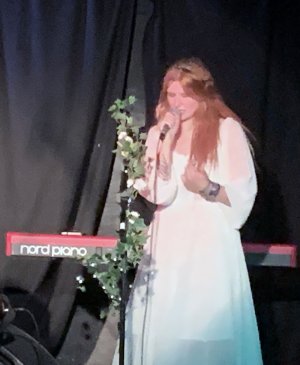 The band take us through another couple of tracks from Lighthouse before we head into the part of the set that I was most looking forward to: a performance of their new album. Opener Freak Show is a busy track with many dynamic shifts across its duration. It’s superb on the album and, on the whole, comes across well live, but there are one or two moments when that busyness muddies the sound a little. The bombast of the opener is soon set into contrast by the following two songs, the haunting Sleeping Beauty and Big Blue which features Semkina playing acoustic guitar. The band follow this with Six Feet, a song that I enjoy more each time I hear it, and the majestic single Ghost of a Story which showcases everything great about this band and is still the best song I’ve heard so far this year.

The greatest part of this live performance was then to follow, a rendition of Lilies followed by Salute. Lilies is the track from the new album that makes most use of Kolyadin’s considerable talents as a piano player and is the closest thing we got to a solo slot. ‘Breathtaking’ is a word that is easily overused in reviews but there really is no more apt way to describe his playing. His considerable skill and classical chops remind me of some of the Rick Wakeman gigs I’ve been to in the past. Kolyadin rightly received quite an ovation for this performance.

Salute is a fantastic song and the band launch into it at such a frenetic pace that I fear that some of its more delicate moments might be lost. Not in the slightest. In fact, the interplay between Kolyadin and drummer Evan Carson, in particular, is magnificent. This was certainly the highlight of the show for me and made me glad that I’d braved the deluge to come to London for a midweek gig. 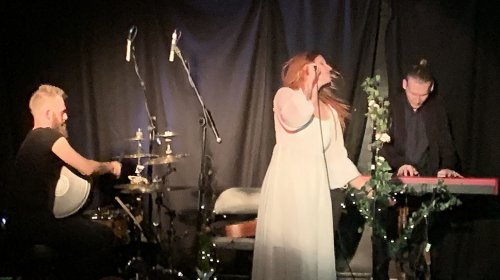 The rest of the set didn’t offer much in the way of surprises; a glance through the setlist below will show the reader that the band played most of the set from Ocean Sounds alongside most of the new album. Nonetheless, 5/4 was superb and the sell-out crowd made the handclaps a lot of fun. K.O.S. is still a perfect set closer and my favourite song, Os Lunatum, remains the band’s final encore.

Iamthemorning are a consistently excellent outfit so this gig was unlikely to disappoint. Nevertheless, the show still exceeded my expectations and left me asking myself the same question I had after seeing them at Bush Hall in 2017: Iamthemorning are fantastic on record, but are they even better live? The fact that this gig was a sell-out, and the news that Semkina might be coming to England, makes me optimistic for future gigs. Superb songwriting, dynamic performances and expertly constructed arrangements make Iamthemorning an unmissable live act. 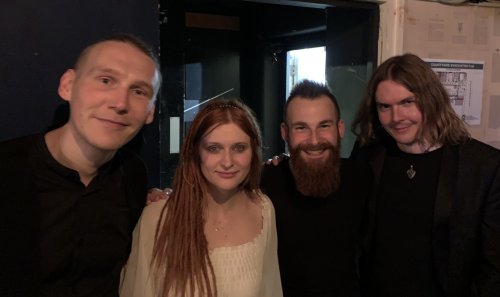