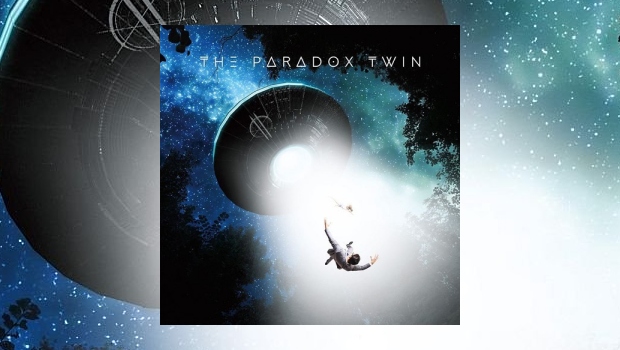 The Paradox Twin – The Importance Of Mr Bedlam

What’s not to like about a good conspiracy theory? The anticipatory whiff of scandal, the pervading sense of menace, the uncovering and bringing in to the light of secretive, hidden knowledge and the trumpeting justification of supposedly outlandish claims; ours has become a world of shadowy (and not necessarily human) figures working in the background, the proliferation of unsubstantiated suspicion and unfounded allegation across all forms of social media as to what is ‘really’ going on in the events which shape personal and public life.

The appeal of conspiracy neatly captures the wary, mistrusting and even sceptical mood of our time. Nothing is what it seems; everything happens for a reason. All we need to do is understand it from the correct perspective. When such a perspective revolves around the idea that we are controlled and manipulated by extra-terrestrial beings then we well and truly find ourselves deep into conspiracy territory. Welcome to the chilling and often disconcerting world of The Importance Of Mr Bedlam.

Echoes of fear, doubt and apprehension ooze from every note, carefully caressed in a stifling atmosphere of smothering paranoia and suffocating layers of occasional malevolence. It’s an uncompromising debut album from the increasingly impressive White Star Records label and The Paradox Twin commit to investing it with intense soundscapes, nervy transitions, unsettling passages of heightened awareness and episodes of vivid, almost brutish energy.

As debut albums go, this singularly distinctive and hard hitting offering takes no prisoners. Lead songwriter Danny Sorrell creates an inventive marriage of lyrical content and musical space which complement each other perfectly. Across seven tracks, each ranging from 6 to 11 minutes each in duration, he meticulously introduces and explores a variety of alien conspiracy scenarios using music which is forcefully compelling, consistently enthralling and laden with a character which is both consistent as well as unique.

What enhances the album further is the time and care he takes to ground all of this in personal experiences which echo with empathy and imagination. Moonblood, to my mind the standout track of the album, is a wonderful collaboration with Kim Seviour on vocals and John Mitchell on guitar. It shines because it exemplifies the perfect fusion of storytelling and music which lies at the heart of each and every track.

The song is a beautifully touching conversation in which Mrs Bedlam confesses she doesn’t believe her husband’s tales of alien abduction. She gently chastises they are ‘only dreams’; Seviour’s voice floats over a dreamy piano sequence before the pain of not being believed erupts in a ravishing guitar solo (and I dare anyone not to have the air guitar out by the time it finishes) before a strummed end segment wistfully replies; if only you could see the horrors of my dreams.

The careful attention to detail, the sculpting of the narrative perfectly expressed in the tone, the style and the rhythm of the music is what makes The Importance Of Mr Bedlam such a remarkable release. Time and time again, they get it right; they lead us down paths which are unexpected, edged with tension, soothed with fabulous melodies but all in a disconcerting context for narratives which are just a little uncomfortable and out of the ordinary.

Planeta continues the focus on detail with a playfully enticing bass line which leads us to the stars before cutting out to a surreal soundstage carrying a haunting and increasingly intense vocal from Seviour. Along the way, what we don’t initially realise is that we have bought in to the story of The Starchild, a skull owned by Lloyd Pye that allegedly contains a mix of human and alien DNA. Segments of one of Pye’s speeches are integrated into the mix.

Throughout it all, the production and the mix are outstanding. From start to finish and at every conceivable level, this is an album on which lavish amounts of time, care and affection have been spent. The sheer commitment and impressive levels of thoughtful insight needed to carry this off and make it such a tremendous success are there for all to see. When combined with striking levels of musicianship expressing a clear enjoyment of the togetherness afforded by this kind of project, it marks an exceptional debut from a band which surely has a significant future in the world of prog.