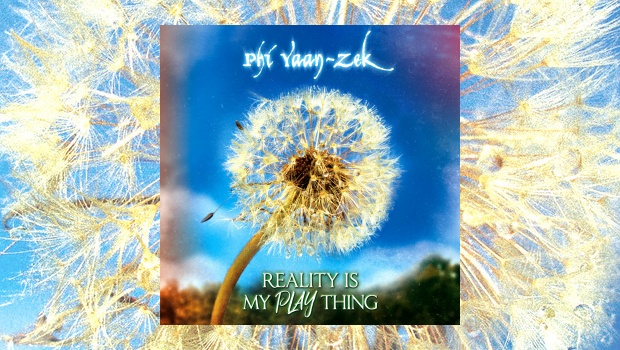 Phi Yaan-Zek has taken some eleven years to create this, his seventh album. This gestation has brought about an epic project, the core of which is a double album, although there is a special edition, expanded to a triple. This expansive album bends and blends together many genres; jazz, rock, touches of British off kilter eccentricity and an at times cinematic feel, just to name a few. The album sees the continuation of Phi’s long time working relationship with Marco Minnemann and Lalle Larsson, along with regulars Mike Keneally and Bryan Beller, plus a long list of musical contributions from others, as listed below.

The album has two distinct halves, disc one, Play Thing is vocal and disc two, Strange Thing, is mainly instrumental. Over both discs the music is complex but accessible and has an excellent flow, repeated listens drawing you in to the wonderful world of Phi’s music. The album was recorded in the U.K. and Southern California, Phi states that it is “going against a world of instant gratification, this album needed the time to develop and gestate into something unique and beautiful”. That is a very true statement as this is beautiful and unique music, and like its development the listener gains much from giving it the time it deserves.

The double album comes in a very nice package, a triple fold cover adorned with lots of photos, an excellent booklet which is clear and very informative on who plays what and on which tracks, plus all the lyrics.

Play Thing starts with a lovely piano led opening track before we are treated to the album’s promotional piece, Abigail’s Place; bouncy and cheerful, there are touches of a Zappa approach, but that is just a starting point as everything is original.

Down from the Mountain contains some great guitar work throughout. The guitar features really well throughout the album, but does not over dominate so you are able to appreciate the contributions of all the other musicians. The tracks Kindling and Alive are great; they rock out with some careful intricacies that hold your attention. The closing track Reality is my Play Thing begins with some fine bass work from Beller supported with drums from Minnemann, here different guest vocalists offer a single line each, “Reality is my…”, each one individual. The vocalists also join together to sing the chorus, an intriguing and engaging track.

On second disc Strange Thing, the band get the opportunity to expand, giving them the chance experiment and be free, ultimately stretching themselves. As with the first disc, Strange Thing treats us to a gentle and beautiful piano piece to start which leads us into Inner Navigation, which opens with some throat singing before things take off at a frenetic pace before settling shortly, then taking off again. There is some great guitar work and the rhythm at times becomes jerky with odd timings, later adding some jazzy touches. The throat singing appears here and there in a subtle way, enhancing the song.

Dragonfly Medicine has that wonderful jazzy Zappa vibe, with an at times funky element which creates an enjoyable song, also the easy jazz fusion of Eleven Wandering Mystics offers a somewhat whimsical song. The whole of disc two is full of adventure and experimentation using many musical styles, with great song writing and the interesting use of instruments and performances, going to deliver a most interesting listen. The disc closes with the fifteen minute plus trip through all that has gone before in one cohesive whole, seamlessly and superbly played. From the energetic opening movement it offers up many genres, for example one minute jazzy, then with a lounge music feel, or into a rocky style, all done effortlessly.

The wait for this album has been more than worth it, it is full of well crafted music with plenty of variety, and the Zappa-like vibe given to these original songs has sold it for me. This is an album that deserves to be heard, go give it a listen. 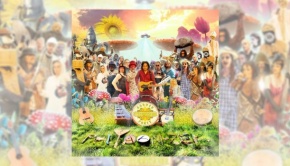