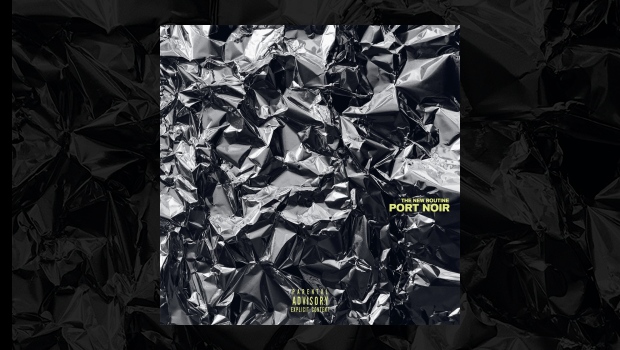 Sometimes you can find yourself liking an album without having the faintest idea why. This is exactly where I started with the third studio album, The New Routine, from Swedish trio Port Noir, newly signed to InsideOut Music. By rights, it has all the elements from which I usually steer well clear; haemorrhage inducing drum and bass combinations, distorted guitars to make you feel your eardrums have finally given up on you (should it really sound that fuzzy?) and lyrics which give more than the occasional pause for disapproving tut-tutting.

I’ve not seen any of their videos yet but I can well imagine suitably staged, perfectly stubbled and intriguingly lit semi-angry young men earnestly bouncing around with superhuman levels of energy whilst looking ‘meaningfully earnest’ and in the process adopting near impossible physical contortions as they attempt to escape the impeding colonic strangulation their exertions rightly merit.

And this, I’m afraid to report, is where my problem begins. You see, I have yet to listen to this album even once without also finding myself bouncing around the room like an air-guitared loon, bass wielding legend or muppet resembling drummer – with the exception that my ageing colon is no longer as flexible as it used to be and after garrotting most of my internal organs, demands I shuffle upstairs for a lie down in order to recover.

That, in a nutshell, is exactly what this album does. It stealthily triggers some kind of intense, almost primal resonance deep within and to which all attempts at resistance are increasingly futile. Opening track Old Fashioned arrives with all the tub-thumping, foundation-shaking momentum of a steam train ploughing through your senses with astonishing levels of infectious energy and enthusiasm.

It’s actually closer to being an aural mugging – with the exception that you are so quickly seduced and immersed you don’t really mind at all. A pummelling, hypnotic synth bassline fills the space between beats from superbly accomplished drumming and carries a deliciously refrained melodic chorus which sweeps you away with its passion and simplicity. They may complain that “we can’t stand to be old fashioned” but the new age groove on which it is built bristles with distinctly modern sensibilities.

Nor, I think, is it any accident the album opens here. Once that electrifying momentum has you in the palm of its hand, it doesn’t let up and it certainly won’t let you go for one second. This album requires stamina if you are to get the best from it. Blow is master of the layered crescendo whilst Champagne exudes smouldering menace and presence. Flawless is powered by a vibrant Queens of the Stone Age homage and 13 has the explosive flare and zest normally associated with Rage Against the Machine.

And here you begin to understand the phenomenal resilience and high octane appeal of this music. Even apart from lyrics steeped in biting social observations, The New Routine is both an intelligent and a highly articulate album. The band claim “We went back to the music we grew up with and tried to find out what got us into playing in a band in the first place and fused it with the music that inspires us today.” And you can hear it.

Elements of pop mix with swelling electronica, guitar loops play with R&B beats and hip-hop rhythms emerge from metal explosions. Here is a band not afraid of doing interesting things, playing with innovative combinations, blending ideas and merging styles that surprise in the way they interact and feed off each other. One of the highlights for me is Young Bloods where these influences come together in such a simple way to create a powerful sound full of modern insight and feeling (echoed again in Define Us).

But in the end what makes this release work is the transparent fact that underpinning it all is a good ‘old fashioned’ rock album. I have seen a number of reviewers comment that with this album Port Noir have left prog rock behind. I respectfully disagree. Signing to InsideOut may have brought a change of emphasis but certainly not a change of direction.

Progressive music is at its best precisely when it is open and receptive to the influences and trends around it and The New Routine lights a blazing trail in showing the possibilities for 21st Century prog. For some it will, without doubt, be a few steps too far; for me, it’s rare that an album can have quite such an energising effect. It feels vibrantly new, it sounds reassuringly detailed and it carries an effusive punch which simply can’t be ignored.