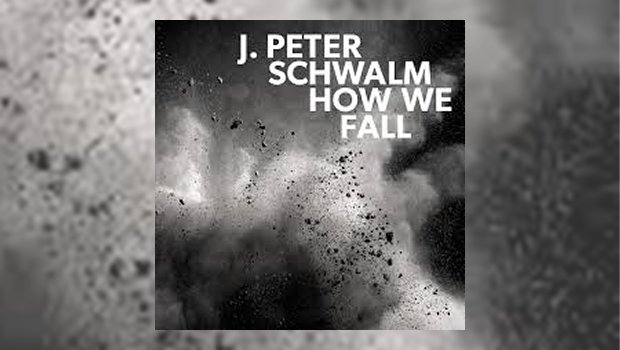 J. Peter Schwalm – How We Fall

This is the latest album from Frankfurt-born composer and musician J. Peter Schwalm and the story behind it is a very personal one for Peter, one that involved a major health scare when he was diagnosed with a brain tumour. It was due be removed but this subsequently proved impossible during surgery, leading to Peter having to undertake chemotherapy. The tumour and the chemotherapy left him somewhat weakened, and so he used his time whilst recuperating to create pieces that reflected his feelings: Restlessness. Fear. Despair. Anger.

Peter realised that he had to rediscover parts of his equipment, as he had forgotten various functions. As he uses analogue and digital equipment rather than computer plug ins, this was quite a steep path of relearning, and one that ultimately led to this album, How We Fall.

The result is a remarkable album, one that is both very dark and moody, but that also has a heavy reliance on rhythmic tones and patterns. Having worked closely with Brian Eno for about six years you can hear a lot of that influence in this music, of a soundtrack without a film, with rather angry and distorted guitar lines threaded in the mix, but also with the patterns used. Opening with the thunderous Strofort, with distorted synth, or is it guitar, and a repeating riff sounding not un-like early Tangerine Dream with its pulsating synths and atmospheric keyboard swashes, although as Peter has expanded the range of timbres used the instruments originally used are no longer recognisable.

This is music to wrap around yourself, to immerse yourself in and let it wash – and crash – over you. It is not easy listening in any manner and it will require your attention and several spins to catch the drift of what is being expressed herein, but if you are willing to do that then this album will slowly but surely reveal its hidden depths, more than just electronic noise it will become a musical statement and something of a revelation, no longer cold, harsh and sterile but rather it becomes a creation of warmth and intelligence.

I must be honest, this will not be to everyone’s taste, but to any who like classic ‘Pink’ era early Tangerine Dream albums on the Ohr label, or the ambient works of Eno, there is much to be found and enjoyed within this fabulous album. Difficult yet different, welcome and enjoy.