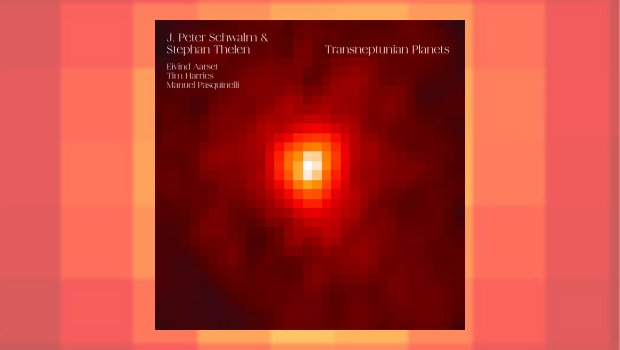 ‘Transneptunian’ is the term given to “any minor planet in the Solar System that orbits the Sun at a greater average distance than Neptune, which has a semi-major axis of 30.1 astronomical units”, and so would include Pluto (the opening track here), the Norwich City of the Solar System, having recently lost its Premiership status; but you never know, like Norwich City, it may be back. All eight tracks here are named after some of those minor planets and orbiting rocks, and like me, I’d bet you’d only heard of Pluto before now!

This rather fabulous RareNoise album is the first collaboration between two of the label’s mainstays, who over the years have been part of many a fine release on this genuinely progressive label, and their musical meeting was suggested by label founder Giacomo Bruzzo, who has an ear for the unobvious outliers. RareNoise have always had a penchant for nudging that trusty old envelope ever closer to the edge of the desk, and this album is no exception to that unspoken mission statement.

Stephan Thelen and J. Peter Schwalm would seem to come from opposite ends of improvisational music making, the former being mathematically precise, the latter with a far looser approach. Opposites attract, they say, and Bruzzo’s suggestion of this collaboration is inspired. Stephan Thelen is probably the more recognisable name of the duo to us here in this small but increasingly crowded pond, most notably for his band Sonar, who over the course of a handful of inspired releases have carved their own niche of minimalistic tritone chamber rock from their native Swiss Alpine granite. J. Peter Schwalm has released his own albums for the label, as well as dabbling in jazz electronica with Chat Noir, and has collaborated with mighty Norwegian trumpeter Arve Henriksen (check out Neuzeit), and with German Touch guitar explorer Markus Reuter.

On Transneptunian Planets, the duo are joined by Schwalm’s occasional co-conspirators Eivind Aarset on guitar, and Tim Harries on bass, and from Thelen’s band Sonar, drummer Manuel Pasquinelli. The quintet cook up a Kosmiche dust storm of epic proportions, with the occasional reappearance of Thelen’s trademark minimalistic themes linking the whole thing together. As with a lot of recordings planned before and during the pandemic, this album was intended to come together in studio meetings, but travel restrictions meant it ended up being another “files swapped over the internet” release. Not that I could have spotted that, it sounds well groovy from where I’m sitting.

Entering the airless unknowns of far flung dwarf planets, we find the mathematically precise guitar machinery of Stephan Thelen, propelled by the rare earth battery power of Harries and Pasquinelli, gathering scientific information as it traverses J. Peter Schwalm’s eerie, dark, and yet expansive soundscapes, as they undulate into a murky distance. Aarset takes planetary perambulations with his esoteric flourishes of treated guitar, absorbing the thin atmosphere as it goes. Every now and again the dislocation is emphasised by disembodied voices off, akin to snatches of conversation caught fleetingly from passing radio waves emanating from the edge of known space.

[Note – I have mostly been listening to the vinyl version, where the above tracks are sequenced differently, although both versions commence with Pluto.] 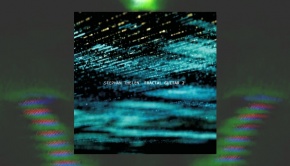