Leek is a small market town that lies equidistant between Stoke on Trent in the south, Buxton in the East and Macclesfield in the North, and the Foxglove Arts Centre is a small venue that also boasts an art house cinema amongst its facilities, so to see a band such as Bad Touch, who are making lots of waves with high profile support slots to the likes of The Kentucky Headhunters and others, in their ascendancy is quite a rare opportunity.

The evening got off to a rousing start with a strong seven song set from Anonymous, a hard rocking band from Uttoxeter whose lead singer, Hayden Kirk, is very much a star waiting to be discovered. With a very strong presence and a great sound this is a band who offer hope to a currently jaded U.K. music scene, besides it’s good to hear local musicians who offer good new music. 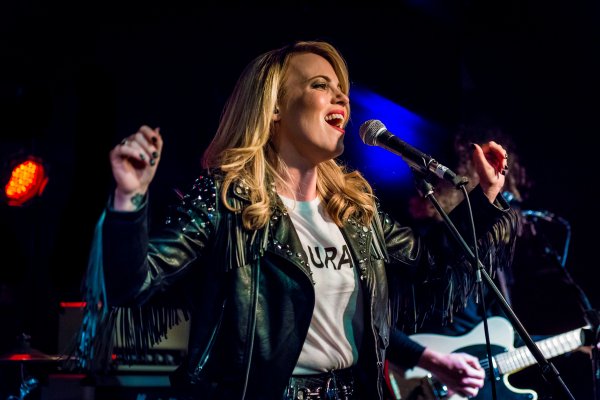 After this strong and well received set we were treated to a further seven song set by Mollie Marriott (daughter of the late Steve Marriott and step sister to Sam Brown no less) who has a very enviable CV from support slots to Ron Wood and singing with Paul Weller. Showing a strong bluesy voice and a very fine and impressive band, especially highly fluid guitarist Johnson Jay whose soloing was a delight. This was a very strong set and Mollie Marriott is certainly one to watch over the coming months as she has talent galore, a great voice and is a very sweet looking girl too. Her debut album Truth is a Wolf is out now and is a pleasant introduction to her world.

Headliners Bad Touch, undertaking their first ever headlining tour, presented by Planet Rock, hail from Norfolk and have been in existence for some 8 years now. From the off they are very energetic, well-practised and musically on fire, especially lead guitarist Rob Glendinning who wrings his Les Paul like an oily rag, aided by ever present rhythm guitarist Daniel ‘Seeks’ Seekings who with his hat looks like a very young Gary Rossington of Lynyrd Skynyrd, with whom Bad Touch share a similarity.

With strong support from a rock solid rhythm section of Michael Bailey on bass and George Drewry on drums and backing vocals, this band certainly know how to rock. Singer Steve Westwood is a monumental stage presence, with his long hair shaking as the band stamp the stage whilst churning out great song after great song to rapturous applause. 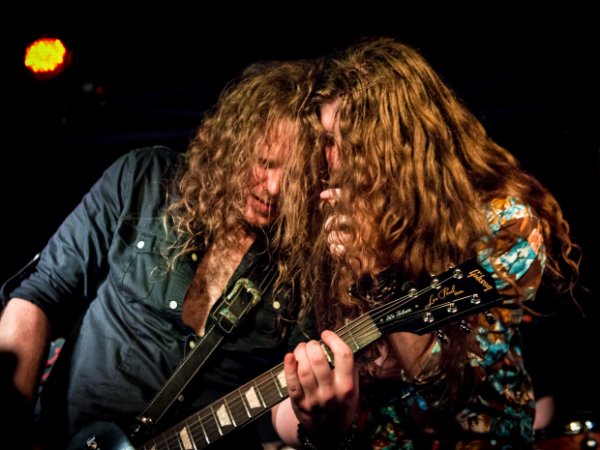 The band seem to relish playing to an audience and although it’s a smallish crowd it’s certainly vocal in its approval of the fine crunchy rock that Bad Touch deliver so fluently. And they are thoroughly enjoying their first headline tour and the rise in profile that it is bringing them. I can confidently say that this band are on the cusp of real success, and certainly deserve to be after the strength of this stunning fifteen song set. They could really be the next great thing to emerge from the U.K., and as such I urge you to listen out for them and to get behind them in a big way.

The highlights of this show are too many to mention but certainly those songs that seem a bit weak on their second album gain in stature significantly on a live stage, songs like Take the Time are absolute monsters live, as was Baby Get It On with Mollie Marriott making a welcome return, the radio friendly 99% rounding things off in a great singsong manner to lots of smiling faces and rather a few converts to the cause I’m sure. 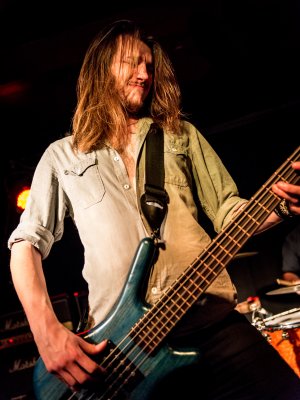 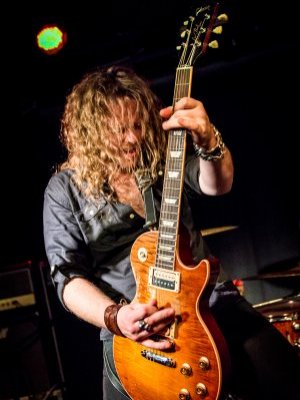 This was a great show by any stretch and certainly fans of good old British rock and roll, hard rock or blues rock will find this very appealing. I thoroughly enjoyed it and was certainly impressed. The sound was good and the guitars were clear, but it could have done with a bit more vocal for Steve Westwood who struggled to be heard at times.

In short, this was a very fine evening of great music in a lovely intimate setting, and this band won’t be playing these places for very much longer so catch them while you can.

[All photos by Laurence Harvey, used with kind permission.]

Bad Touch Set List
Take Me Away
Good On Me
Sweet Little Secret
Heartbreaker Soulshaker
Waiting For This
Wise Water
I Belong
Down
Something Someone
Take Your Time
Outlaw
The Mountain
~ Encore:
Baby Get it On (with Mollie Marriott)
99%