On the eve of their recent debut headlining tour, TPA’s John Wenlock-Smith spoke to Bad Touch singer Stevie Westwood about the genesis of the band and new album, Truth Be Told. You can also find John’s review of the gig in Leek HERE.

Tell me about the origins of the band.

Bad Touch formed in late 2009. Seeks and Rob (both guitars) had been playing in bands together for a while. They then recruited George (drums). Bailey (bass) filled in one night and never left! Then they found me and that was that!

What are your influences, which guitarists, singers and bands are important to you? 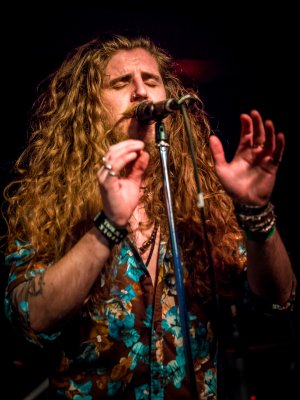 It was certainly Bad Touch that trained me to be able to sing(ish) and be a frontman. I’m hugely influenced by the greats, Robert Plant, Paul Rogers, Van Zant, Mick Jagger, Chris Robinson (Black Crowes). But also by more recent singers who have played a huge part in my life, Chris Robertson (Black Stone Cherry), Cormac Neeson (The Answer) and Charlie Starr (Blackberry Smoke) to name a few.. I can only speak for myself, but the other members in the respective bands of the people who influenced me generally have influenced my bros in Bad Touch.

Tell me about this latest album, the stories and meanings behind the songs.

Ha, too many stories! We’ve had a blast touring Truth Be Told and can’t wait to start our first ever headline tour! We like to think our songs mean different things to different people, obviously some songs have fairly black and white themes, but yeah, take them as they feel to you!

Tell me about the tie up with Mollie Marriott, how did this come about and how do you feel it has worked out? Will Mollie be joining you each night on tour to sing the song? 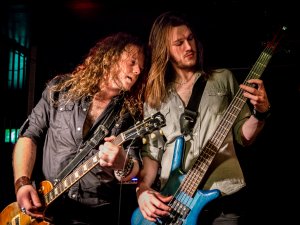 We work with similar people. We first met Mollie in Harpenden, obviously her father, Steve Marriott, was an influence on me as a vocalist and I was a little star struck. We’re super happy to have Mollie on board. With regards our new single that would be telling! You’ll have to grab a ticket! Wink wink!

What can we expect from a Bad Touch show?

We’re gonna give everyone the same treatment, old or new! Just a feel good rock ‘n’ roll show to remember! We can’t wait! We’re nervous beyond belief, but in a good way. Yeah, we’ve really tried to make a “show” for everyone and yes there will be a couple of new songs just as a teaser of what’s to come.

What are the plans for the immediate future after this tour? 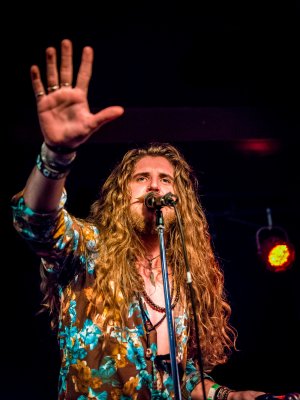 We’ve got a handful of gigs booked for 2018, obviously we’re wanting to get back into the studio to record some new music, and then take that back on the road!

Tell me about the gear you use onstage, which guitars, etc.

Ha ha, I’m just the singer… I use a mic – ha ha. The boys love their Les Pauls and Marshalls, Bailey’s an Ampeg man and George rocks a Natal kit. Simples.

Who would you love to work with next and why?

Anyone and everyone. Everybody we’ve worked with to date has helped shape us, good or bad. We just wanna keep doing what we’re doing!

When will there be another Bad Touch Album?

As I said before, we’re heading back into the studio and hopefully (fingers crossed) we’ll get some new music out in the first half of 2018.

Thanks Stevie, good luck for the tour!

With many thanks to Laurence Harvey for the use of his photos, you can read John Wenlock-Smith’s review of Bad Touch’s recent show in Leek HERE.