Some gigs should never happen.

The obvious question here is – and with no disrespect at all to the venue – what on Earth is STANLEY CLARKE doing playing somewhere like The Fleece?! For four very rare U.K. shows outside London, an event that in all likelihood hasn’t happened since the ’70s, Clarke and his band of wonderful young musicians are playing in venues with capacities of a few hundred. That is just wrong!

Could it be that the smaller venues are an indication that the man, now 66 years old, is past his prime and playing wherever he can for change? Not a bit of it, from start to finish this was a blazing display, not only of raw talent and intuitive technique, but of musical understanding, it becoming obvious early on that this was to be a band performance, not simply a star with some side men. All of the players got their time in the spotlight, actively encouraged by Clarke who supported them strongly and was clearly getting a kick out of what they were doing.

The word ‘legend’ is oft used, but couldn’t be more appropriate for a man of Stanley Clarke’s reputation. Innovative and hugely influential, his playing has been used as a yardstick for the bass guitar for more than 40 years now. I’ve had the good fortune off seeing some stunning bassists over the years but Clarke was a revelation, putting in a jaw-dropping turn with effortless ease. From slapping, strumming, harmonics and rhythmic percussive outbursts on the electric, he followed through to beautifully ornate and sophisticated jazz, his soloing always of the most melodic tone. It really didn’t matter what he played, and most of it was probably unknown to all but the fiercest SC die-hard, but there was a mighty cheer when the ubiquitous School Days made its expected appearance, a thrilling display of chops and tune that could never fail to get the people moving. 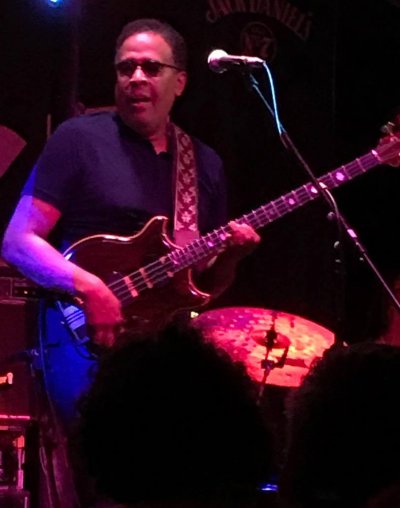 The added improv skills of the ridiculously talented trio of additional players brought energy and inspiration off which Clarke fed. He has a history of developing young talent but in pianist Ruslan Sirota, keyboard player Caleb McCampbell and drummer Mike Mitchell he has one fiery group of musicians at his disposal. To put it in context, unbelievable as it may sound, the band were so good that I often forgot that Mr Clarke was also on the stage! Ruslan’s exquisite technique and dexterity were highlighted early on, his melodic flights taking the music to new and unexpected places. The two keyboardist set up is an unusual choice but it works a treat, McCampbell adding more sweeping synth lines whilst also soloing to magnificent effect. For brief passages he deployed a Vocoder-like piece of equipment to add treated vocals to the mix, including a snatch from Paul McCartney’s Yesterday at one point.

Drummer Mitchell is a full-on force of nature who deserved his time to shine, playing with time signatures and massaging tempos whilst smashing his kit to matchwood one minute, adding the most deft and delicate touches the next and grinning like a man possessed throughout the whole near two hour set. Some commented afterwards that three drum solos was a bit much, and that may be true, but with almost psychic talents of this magnitude, when Mike goes off on one Clarke is shrewd and professional enough to let him get on with it.

All of the performances brought incredulous shakes of the head from the audience, people turning to each other in disbelief as the band eloquently showed why the best jazz musicians are the best musicians there are. After humorously introducing himself as Louis Armstrong, on Clarke’s part the set was split in two, the first focusing on the electric bass whilst the second resulted in some mesmerising double bass work, Stanley showing his equally magnificent technique on the upright, belying the unruly nature of the massive instrument and making it sing and dance, bright harmonics skittering off in all directions, sometimes coupled with Clark beating out rhythms on the shell. Sounds appeared that I’d never thought could come out of an acoustic bass and his playing was frequently outrageous and audacious, a majestic and enthralling performance throughout. Legend? You betcha, and on numerous moments tonight, Stanley Clark was the coolest dude alive. 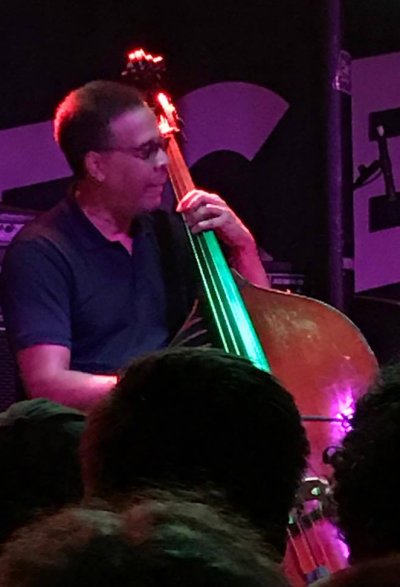 Having overrun the curfew, the band returned for a brief and funky encore, Clarke returning to his electric. I was hoping for more of this towards the end of the show but that was not to be and it is clear that the double bass is where Clarke’s heart lies these days, so it was nice to see it getting so much attention, despite my drooling anticipation of more slapping fireworks.

A complete honour to witness such a masterful display, a masterclass of technique, control and unadulterated enthusiasm for what they do, not a dry and empty experience built on technique alone but a complete performance to be savoured and enjoyed. Whoever decided that this was a show for The Fleece should be applauded as to see skills of this magnitude in such a compact environment was a thrill not to be missed, despite the comfort and sighting issues associated with standing venues. 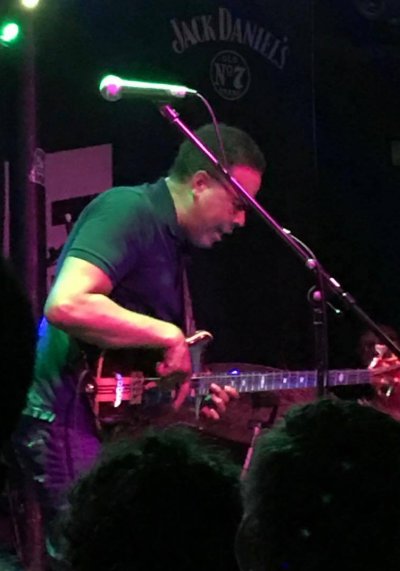 If you missed this, there’s still a couple of chances to catch this magical band in intimate surroundings in Glasgow and Leeds on 24th and 25th July. If you’re able, you know what to do.

And that was that. Having driven home I sat quietly, looking at my own trusty bass guitar, thinking of the hideous sounds I manage to wrench from it and dreaming of what it might be like to play like Stanley Clarke. Realising the inevitable futility of it all I took a hammer to it. And then cut my fingers off and fed them to the cat.

[With thanks to Mel Allen for the photos and video in the body of the article, Carl Williams for the slideshow images.]

SETLIST
Other than School Days, no idea!