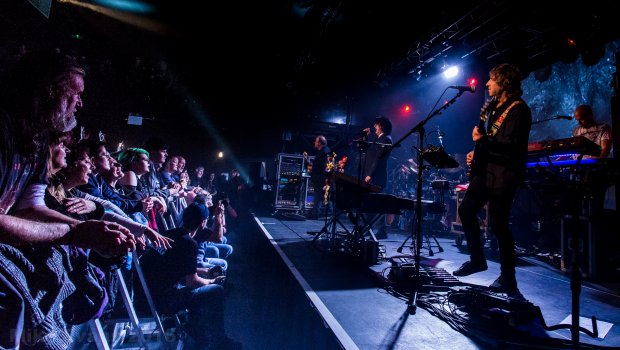 It is a truly wonderful thing to see a band more than 30 years after you first saw them, a band that never split up and then reformed for the inevitable nostalgia trail but instead kept plugging away to build a hugely fulfilling career and body of work through dedication to their craft and striving to create a position for themselves to forge their own destiny. The fact that Marillion have also sustained a rabidly devoted fanbase through it all is just extraordinary. Tonight the audience really were the ‘sixth member’ of the band, carrying them aloft on a wave of adulation and putting in one of the most heartfelt crowd vocal performances I’ve ever heard, so much so that the band appeared quite overwhelmed by it all and Steve Hogarth often just stepped back from the mic to let them get on with it. It made for a wonderfully vibrant atmosphere, as Steve Hogarth quipped, when the band used to play Cardiff’s St.David’s Hall in the ’90s there was silence during the songs making them think they were “dying on their arse”. Not so tonight. 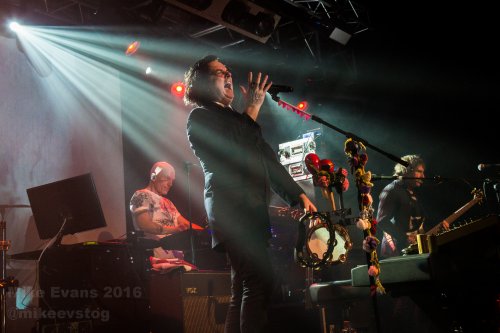 The venue certainly helped with the air of good natured high spirits, the Tramshed quickly becoming one of my favourites with genuinely friendly and helpful staff. You don’t often get a cheery goodbye and a handshake from the security staff as you leave! Well done to all concerned in fostering such a welcoming environment.

From the start the scene was set, John Wesley playing a warmly received support slot of solo material, just his guitar and voice with occasional backing tracks to fill out the sound, and then the PA offered crowd pleasing favourites to keep everyone motivated as the final equipment checks were carried out – Free’s All Right Now and The Who’s The Seeker being the cue for much dancing near where I was in the balcony, we even got the intro to Chris Squire’s Hold Out Your Hand which certainly kept me happy. 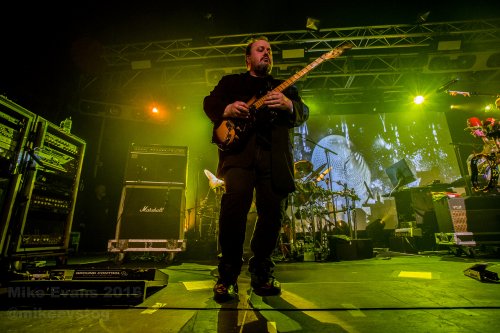 As the lights dimmed and Marillion took their places the crowd went bananas, the band striking into an absolutely magnificent The Invisible Man, Steve Hogarth appearing in close-up on the screen behind the stage to manically deliver the first part of the vocal before emerging to a huge reception. Like The Invisible Man, Power was performed in a subtly different way to the recorded version that underlined that this was going to be an intriguing night. The strident title track from 2012’s Sounds That Can’t Be Made was up next, followed by a delightful reading of Fantastic Place, the band now well bedded in and ready for a foray into their eighteenth album, F.E.A.R..

Now I’ve been a bit slow on this one, in fact I only picked up a copy at the gig so with the exception of The New Kings all of the other new material was, er, new to me. I concentrated and enjoyed the performances but am not yet completely sold on these songs. My bad, live is never a great place to hear music for the first time, particularly not where it is as subtle and lyrically vital as Marillion’s, as such the dark and politically intense F.E.A.R. tracks fell below the older material for me, but I’m sure that would not have been the case if I’d done my homework. The strangest thing about the evening was the choice of El Dorado, the lengthy opening track from F.E.A.R., as the first encore. A subdued and downbeat number, it has depth and masses of detail but it didn’t really work with a crowd as up for it as tonight’s where a more rocking thing would have seen the place explode. 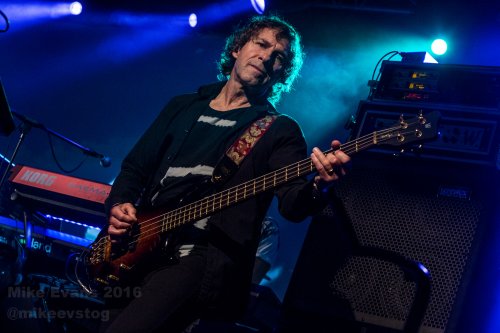 Sugar Mice, the oldest song in the set by some 10 years, was a nice addition that really brought the crowd to life, Hogarth taking in the massed singing of Fish’s beautiful words. With the Fish era reclaimed, Hogarth can do no wrong. He’s a quite wonderful front man, his quirky persona and endearing interactions, as well as the amazing vocals, quickly building a rapport. He’s a true star who continues to make a distinctive and indelible mark on this band. 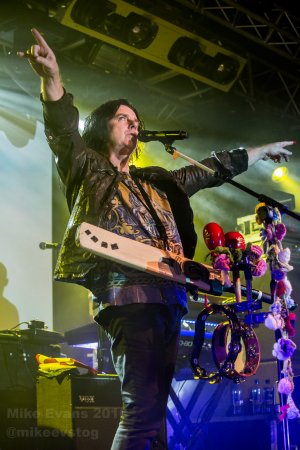 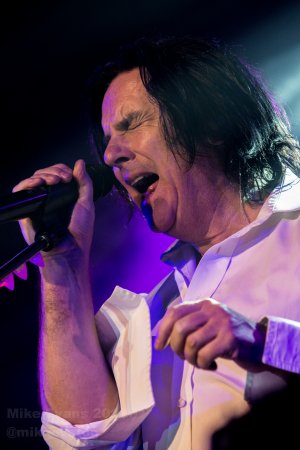 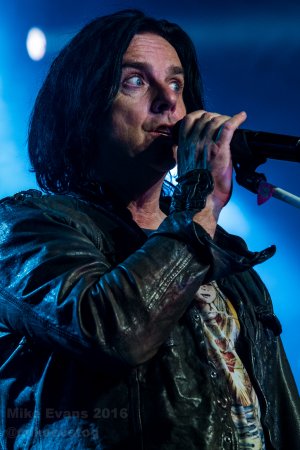 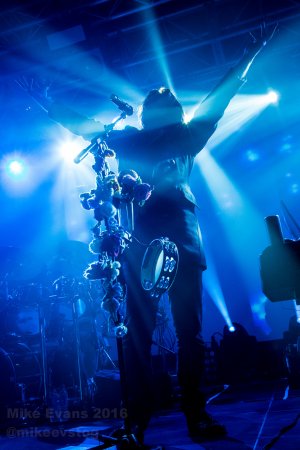 One of the best things about Marillion these days is the relaxed way that they they can adapt. Several times tonight the audience carried on singing after the song had finished, the band striking up, usually led by Hogarth, to busk an accompaniment that only added to the two-way passing of affection. With the current unit having been together for 27 years now, they are chilled, capable and aware of their strengths and how to deliver them. It really was a wonderful evening. 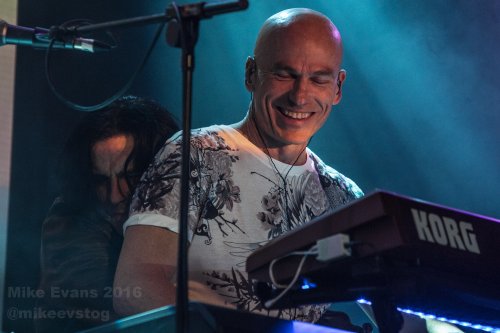 An unexpected treat was the inclusion of tracks from This Strange Engine, possibly in anticipation of it’s twentieth anniversary next year. Man of a Thousand Faces was great to hear with Mark Kelly’s beautifully judged piano solo, and the lengthy title track was an unusual but very warmly received second encore, delivered brilliantly with the crowd again singing it all beautifully. These songs seem to have grown in stature over the years and their inclusion was much appreciated, but the highlights of the set for me came after Man of a Thousand Faces, two bona fide classics delivered with huge amounts of passion. 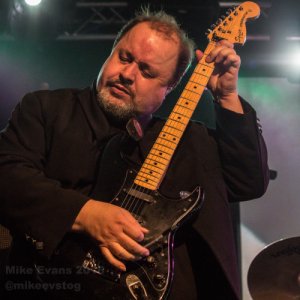 King was a heartfelt thing, the screen taken up with images of many of the stars who have succumbed far too early to the pressures of adulation and the price of fame. Ian Mosley, having put in an impactful performance all night, really shone at the end of this one. Neverland is simply one of the best tracks that Marillion have ever produced and they delivered it with precision, Hogarth living the words alongside Steve Rothery’s soaring lines and the detailed backing of Mark Kelly’s keys, in many ways the twin hearts of the band. Bookending the set with the first and last tracks from Marbles was an inspired move and gave the set an integrated feel. All of the band played a blinder throughout and Pete Trewavas in particular has developed over the years into a truly vital player, it was a pleasure to watch him tonight, the dextrous and throbbing pulse of the music. And when he thumped his size 7s down on the bass pedals – oh mercy! Loves me some pedals! 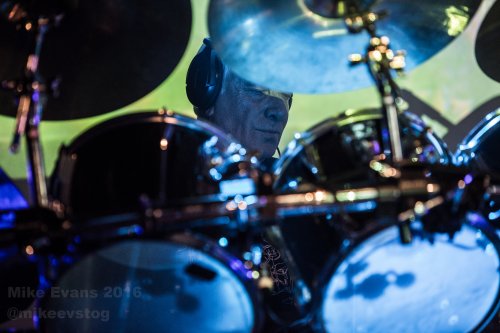 So there we are. A varied two hour plus set packed full of lengthy pieces and with a very long encore. The sound was excellent throughout without the need to rely solely on volume, Marillion’s music getting the treatment it deserved to deliver the required detail. I haven’t seen them as often in recent years as in their earlier days but they are still one of the most compelling live bands around and they did not disappoint in the slightest. With most of the remaining tour dates seemingly sold out it might be a forlorn hope but any waverers would be well advised to seek out a ticket as this is a band at the peak of their powers.


[All images courtesy of Mike Evans and used with great thanks.]

SETLIST
The Invisible Man
Power
Sounds That Can’t Be Made
Fantastic Place
Living in F E A R
Sugar Mice
The New Kings:
– I. Fuck Everyone and Run
– II. Russia’s Locked Doors
– III. A Scary Sky
– IV. Why Is Nothing Ever True?
Man of a Thousand Faces
King
Neverland
~ Encore:
El Dorado:
– I. Long-Shadowed Sun
– II. The Gold
– III. Demolished Lives
– IV. F E A R
– V. The Grandchildren of Apes
This Strange Engine 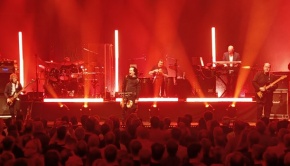