A Panic Room gig is always a cause for eager anticipation. Their live performances are, without fail, musically thrilling, emotionally intense and warmly uplifting. At the same time the band also manage to create a relaxed, easy style which builds a personal rapport with the audience, aided in no small part by the intimacy of the venues in which they play.

Tonight, however, things feel significantly different as we find ourselves in the much larger space of the hugely impressive Islington Assembly Hall in London. The last time I was here was for the packed Riverside and Fish concerts and, for a while, it feels a little daunting until the audience finally begin to fill the space and the buzz of conversation creates a sense of life and atmosphere.

The original intention for selecting a larger venue than usual was to film the show for DVD release. Unfortunately, however, the crowd funding campaign narrowly failed to raise the necessary amount in order to make this possible, but we are generously promised a free audio recording of the evening as recompense. 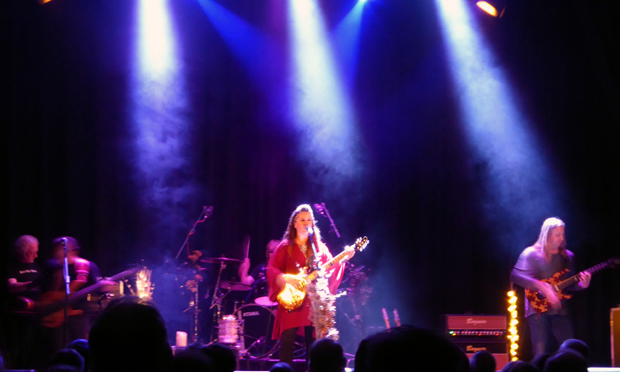 What a pity. Right from the outset the music bristles with energy and enthusiasm, whilst the set-list provides the perfect showcase for the full array of lively intensity, soulful passion and creative imagination which the song writing embodies. I have always enjoyed the sense of life this band manages to create through their music, exploring the delights whilst not shying away from the depths and sorrows of the experiences we go through. Without one there cannot be the other and it is refreshing to see it so intelligently and lyrically articulated in songs which capture the sheer spirit of being alive. 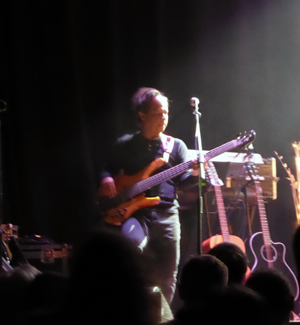 The band are in excellent form. Gavin Griffiths on drums and Yatim Halimi on bass are a formidable pairing who create wonderfully imaginative patterns and textures, forming a driving and pulsating bedrock during heavier and more exuberant tracks, yet gentle and intricate for the lighter and more sensitive moments. Dave Foster on guitar is a wonderful addition who impressively weaves rhythms and patterns into the fabric of the music. These, in turn, build a platform whereby he can provide the most devastating and spectacular solo riffs which are absolutely mesmerising.

Jonathan Edwards is an unassuming presence on stage who masterminds rich and enveloping kaleidoscopic horizons whilst also filling the musical tapestry with catchy hooks and simple but powerfully effective synth work. Anne-Marie Helder brings a voice which is sublime in its power, delicacy, nuance and unnerving ability to speak, at all levels, to the emotional and musical content of each song. She is utterly captivating in the way she effortlessly seems to make moments come alive and inspires deep resonances within each song.

Despite all the energy and all the boundless creativity clearly present tonight, there are occasional episodes which strike a feeling of something being ‘not quite right’. I suspect the size of the venue in tandem with the significant elevation of the stage plays a mitigating role in slightly diluting the sense of intimacy and rapport Anne-Marie is normally able to build in the smaller venues. It somehow feels a little more impersonal and distant than we are used to.

I suspect size is also a contributing factor in the sometimes ‘uneven’ mix of the sound during the evening. The wonderful undulating keyboards which are ever present throughout Screens are frustratingly muffled to the point of being indistinguishable for those of us toward the rear of the auditorium. By contrast, the bass is sometimes overly accentuated to the detriment of the vocals, and whilst I suspect for certain songs this is a deliberate decision, nevertheless, the overall result makes for an uncomfortable listen. 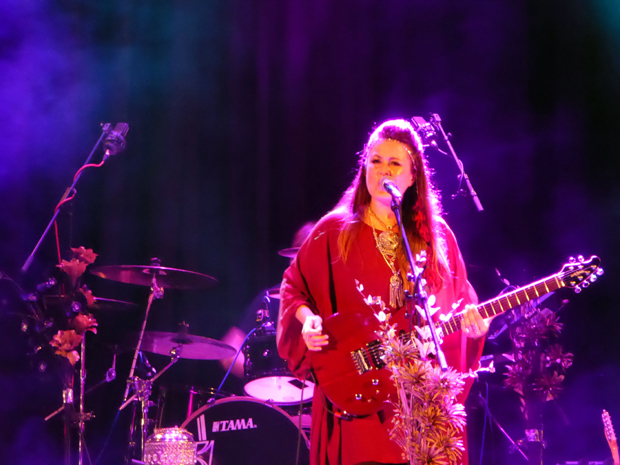 These are, however, small niggles and a happy audience depart from an evening of superb musicianship with a sense of being emotionally exhausted yet satisfyingly uplifted. The renditions of Tightrope Walking and particularly of Skin tonight deserves special mention as stand-out moments which never fail to reach deep into the heart of those who hear it and speak to the places in our lives where things matter most. This is the power of Panic Room. And this is why, whenever there is a chance to hear them perform, it is always a case for eager anticipation. If you get the chance, don’t hesitate: go.

Keep up to date with the TPA Gig Guide – the UK’s most comprehensive prog listing.