A band from the Prog lists on a busy night prog wise for Devon and the South West; Panic Room in Tavistock, Stackridge in Ilminster, Los Endos at Babbacombe, and had I wished to burn the candle in the middle as well as at both ends, Cloudbusting at Tavy later in the weekend. The straw was drawn and Panic Room chosen. The Wharf is a relatively small venue with about 200 capacity and, sadly, only about half full for the show. A shame for the band, but that did not prevent them presenting a tight set.

 The first half was semi-acoustic, the second half electric, although to be fair the first set was atmospherically electric. I had heard of Panic Room but not actually heard them before tonight, a band with four albums under its belt, the latest being Essence which features stripped down versions of their songs and a couple of new ones.  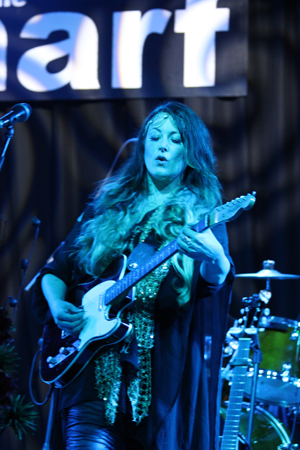 The first set opened with Gavin Griffiths playing a Cajun drum, Anne-Marie Helder on guitar and vocals playing Song for Tomorrow. The Wharf provided a well-balanced sound barring a few tweaks, the bass a little forward in the electric set but overall the sound was great. As a punter not au fait with Panic Room, the stand outs for me were I Am A Cat where Anne-Marie personified her feline nature, Black Noise and Promises. There were little insights here and there of what the electric set would bring, the first set closing with a bluesy rendition of Denial which highlighted Dave Foster’s guitar work, to be enhanced further later on.

 A short break and Into Temptation opened the second set. A strident lively contrast and the band suddenly seem to have become more driven, energised and, for me, the beginnings of The Prog Dance were stirring. 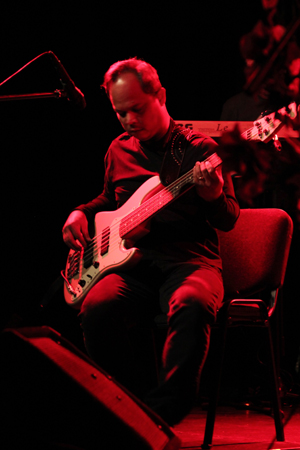 Despite what amounted to a roughly 50% capacity crowd, Ann-Marie and her cohorts seemed to be enjoying their set. Not only a great band but room to dance, well, as much as aging men do. Onward, onward, the epithet “prog” is quite randomly applied, its nature undetermined covering a multitude of styles and influences. What does it matter? Good music is good music, and Panic Room provide an entertaining variety of noise.

The bass from Yatim Halimi was tight, and using a variety of techniques that others are given high praise for, Jonathan Edwards often unseen on keyboards, embellished, gave foundation and contributed to a great performance. Nice to see a double neck guitar in use from Dave Foster. With such a great ensemble there really is no need to panic.

My favourites from the electric set were Into Temptation, The Fall, Waterfall and Chameleon. I attended with a friend who was surprised to note the absence of Satellite in the set, this being, he says, their most well known and signature piece. As a Panic Room novice, I thought it was a great evenings worth of music. Hey, I almost danced!

The band are performed in Cambridge after the Tavistock show but there are still three more opportunities to see the Wildfire Tour:- 

Get a ticket and enjoy. And for those of you Devon and Cornwall based, look out for gigs at The Wharf, Tavistock. Great venue, great sound, and attendance will encourage other bands to visit. 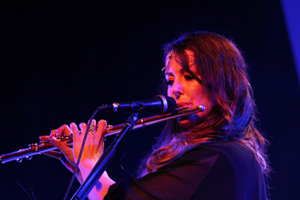 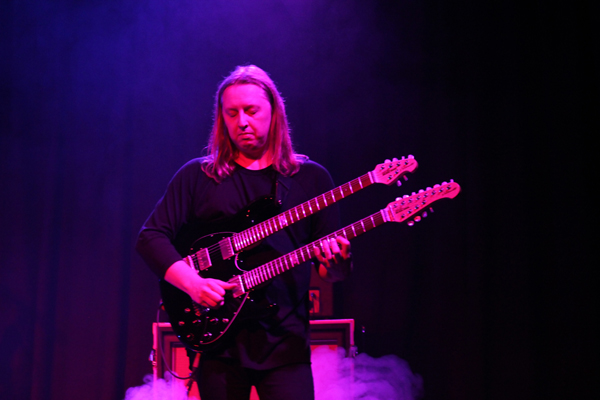