This was truly special, the worldwide launch of Starless Starlight by David Cross and Robert Fripp. Accompanying violinist David Cross was David Jackson (ex-Van der Graaf Generator) on saxophone, guitarist Tony Lowe and Yumi Hara (Henry Cow) on keyboards. The outcome, a particularly special evening for those who attended this concert.

Starless Starlight is a haunting piece and conjures up a mixture of memories and emotions and one of the highlights of the evening was to hear Starless And Bible Black sung in Japanese!

“The story of ‘Starless Starlight’ is that of a short melody composed by David Cross and Robert Fripp that emerged as one of the key themes of the King Crimson song Starless (1974). The tune resurfaced in two improvisations performed and recorded by Fripp at Blueberry Hill, St Louis in 2006. These recordings and the theme itself were then transformed by David Cross (and co-producer Tony Lowe) into the album Starless Starlight“ 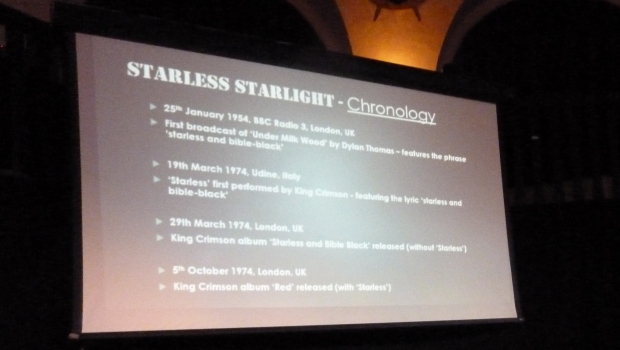 The evening commenced at about 8:20 as David introduced the history of this beautiful and emotional piece of music, Starless Starlight. David Cross has returned to perform and improvise this piece and has also assembled a particularly fine group of musicians. David Jackson’s playing of the saxophone was so delicate and yet at times incredibly powerful; at times he really let rip, if I remember correctly especially on Night Watch and Starless. Yumi played keyboards and sang with great delicacy and Tony Lowe played lead guitar on Starless with superb technique and at times the faintest of touches. I thought that at one point the ceiling threatened to go! 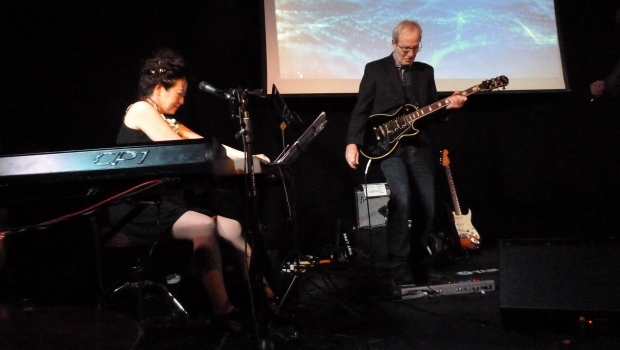 The second part of the evening started with one minutes silence which added to the magical ambience of the evening, this earthly silence was quietly broken by David Cross’s haunting improvisation of strings, which was followed by Bedford Loops, a loop solo for violin. In The Shadow saw Yumi playing a low cello drone, whilst Night Watch, sung by Yumi and accompanied by whistle and violin, was greatly applauded by the appreciative audience.

A free improvised movement followed, Sure Of The Dark which ended the set was followed by the encore, the stunningly beautiful and emotional Exiles, which David Cross started with quiet drones followed by Jackson’s saxophone and Cross’s violin with a middle section of flute and violin followed by solos of guitar and saxophone. Both solos were inspiring and followed by quietness. 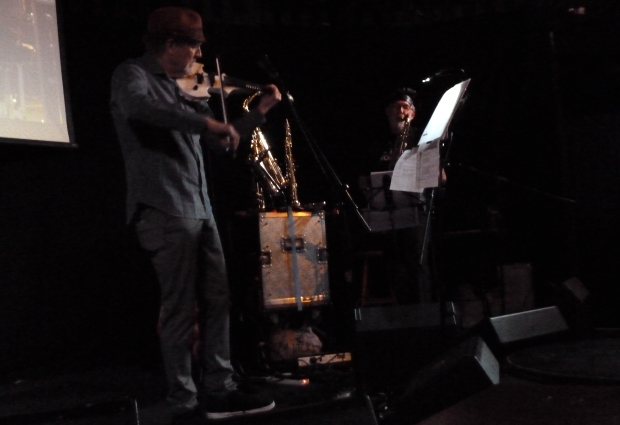 To conclude this extremely congenial and delightful evening the band chatted to members of the audience and for me a chat with David Cross afterwards.