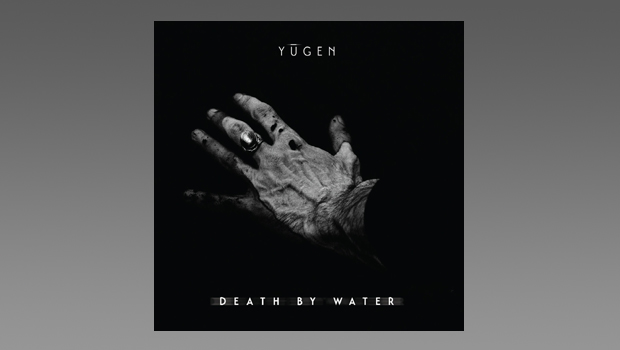 An album long anticipated by this particular scribbler, Italian avant-prog band Yugen’s fourth studio album, Death By Water, arrives in a year already blessed by several high quality releases, and it would be in danger of being lost in the rush if it was not a high quality album. Luckily it is, and indeed it stands out as the prime example of the gnarly sub-genre I have heard so far this year.

Mixing all styles of chamber rock with a widescreen approach that rules nothing out and a technical musical expertise way beyond the base knowledge of this writer, Yugen have crafted a highly complex but ultimately satisfying album of the old school, in that you simply just have to sit down and listen to every last note of it, in one sitting. Reference points for the initiate to hang on to are Stormy Six and Henry Cow, and indeed RIO in general, mixed with Paolo “Ske” Botta’s classical piano stylings and Francesco Zago’s obvious love of “The Two Fs” – Fripp and Frith. This is music that will not sink in on first sitting, for it requires more than a smidgeon of concentration, the effort expended by the audient being rewarded in kind the more frequently one takes the time to absorb the seemingly limitless revealed musical delights on offer. You can dance to Death by Water, but probably only in your head would be the wise approach.

Yugen’s main instrumentation revolves around Paolo “Ske” Botta’s keyboards and Francesco Zago’s always interesting approach to the guitar, fused with intricate percussion. However, you can see from the extended line-up listed below that all manner of instrumentation fills out the picture, making this the band’s most expansive line-up yet.

This is an album of contrasts, for example the heavy manners of Drum’n’Stick are followed by the eerie ambience and crystalline menace held within the immense range of the German vocals of Dalila Kayros on Der Schnee, inviting inevitable comparisons to Dagmar Krause. Throughout the attention to detail is exemplary, and aided by a clear and unfussy production one finds oneself drawn in to Yugen’s fascinating alternate reality. The only “normal” song is the short heartfelt poem A House, which ends a truly remarkable 42 minutes of music.

Opening with a forceful statement of intent, Clinically Correct is probably the most complex piece of music you will hear this year. Mixing Jacopo Costa’s highly intricate percussive interplay in impossible time signatures with occasional bursts of Francesco’s Fripp/Frith heavy chording, including a cheeky fleeting rhythmic part-reference to The Great Deceiver, this tune is a supreme example of avant-prog boundary pushing, almost as if its intention is to scare off the unprepared listener, leaving the rest of us to enthral at the subsequent spell binding magnificence revealed in the rest of the album.

After the short bridging interlude of Undermurmur, the title track ebbs and flows in stately calm, in complete contrast to the febrile angst of Clinically Correct. Another interlude, this time in the unsettling manner of Fripp jousting with his own reflection presages the lovely As It Was, based on a poem by Dale Willey, thus taking up where son Dave’s lovely Immeasurable Currents album left off. Dave plays Portuguese guitar and accordion on the track, and is joined by his Thinking Plague band mate Elaine Di Falco, who contributes her thoughtful vocal. The tune is introduced with minimal piano chords and plaintive contrabass clarinet before the introspective lyrics are given respectful treatment by Elaine’s contemplative vocal. The tune takes a soaring symphonic break before returning home in melancholic fashion. Quite beguiling it is, too.

The contrast of styles continues, as Studio #9 sees the band take on Henry Cow playing their own Sorcerer’s Apprentice, in a time signature that seems to be both ahead of and behind the beat simultaneously. I told you one is best advised to only attempt dancing to this in one’s head, which by now, is spinning! And then things get even stranger, with anti-choir operatic warblings amidst all manner of percussive clatter in As-a-matter-of-breath, occupying the same territory as Clinically Correct, albeit in a less strident manner. It is much darker in tone and less frantic, and is a rather fine slice of menacing chamber rock that would not sound out of place on a Univers Zero album.

And so we arrive at the closing trio of tracks, described earlier. Death By Water is a fascinating record, and not one for those of you who prefer melody above all else. It is an album that is deserving of your attention for the full duration, and if you give it, you will be rewarded in kind. Highly recommended for the adventurous listener.