Sometimes we possibly try too hard to make sense of things when in fact what we should probably do is just sit back and enjoy them. Yet 10 days on from an intense, at times over-whelming and above all utterly absorbing Evening with Steven Wilson, I am still pleasantly bewildered by what exactly it was that took place across 3 mesmerising hours at the Hammersmith Apollo. 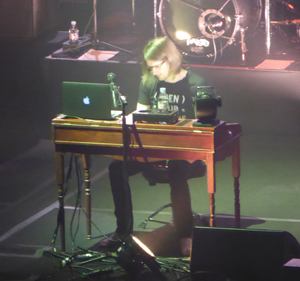 From the way the evening began, it quickly became clear that this was not in any sense a regular run-of-the-mill gig. House lights up, an image of windows from blocks of flats was casually projected onto the stage backdrop; the significant audience murmur barely dipped and little attention paid to what was going on. But the level of the accompanying sound track slowly and almost imperceptibly increased, synchronised by an equal incremental drop in the lights; the murmur gradually lessened until silence reigned, the venue descended into darkness and attention firmly focused on the screen. Keyboardist Adam Holzman saunters onto the stage: a few whistles and cheers follow, but still the mood is apprehensive. Finally the band appear and a release of pent up expectancy explodes in cheers, whistles, shouts and applause. 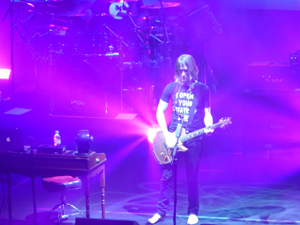 What follows is anything but run-of-the-mill. As the band conclude the opening salvo of First Regret and 3 Years Older, Wilson cheerfully taking time to map out for us the shape and structure of the evening. With the first set being a full rendition of Hand.Cannot.Erase. and the second set a mixture of other solo material and covers from his time with Porcupine Tree, it actually comes as no surprise that the evening has in fact been imaginatively planned and meticulously crafted to create a compelling and totally immersive experience through a combination of intelligent lyrics, inspired musicianship, insightful lighting mixed with the delicate and poignant use of video along with some good old fashioned storytelling. 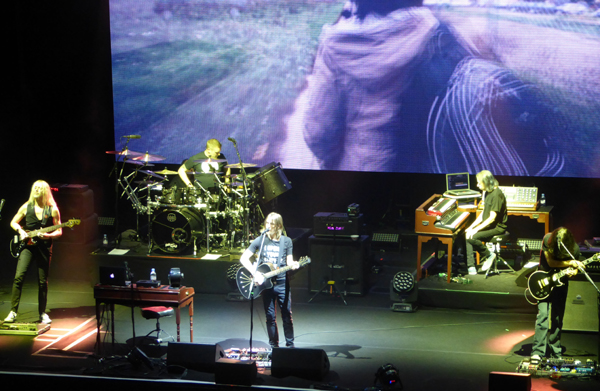 At the interval, the effect on the audience is tangible. There is not the usual cacophonous chatter of excited voices. The atmosphere is a little muted; people are genuinely lost in the moment, completely caught up, some not really knowing how to deal or cope with what they’ve just witnessed. Even a casual glance at passing faces shows that most of us are absolutely emotionally drained whilst others are on the verge of tears, such is the power of the musical and visual tides which have caught us up and swept us along. 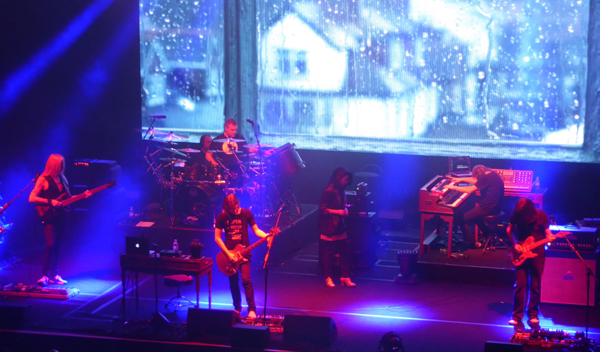 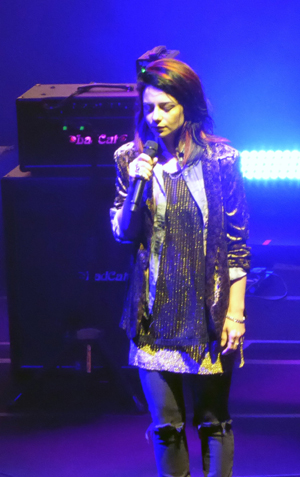 Twenty minutes later I’m not sure any of us are ready for the second set, but a cover of Storm Corrosion’s Drag Ropes sets a firm marker for what is to come. Pulsating with energy, the musicianship is simply exemplary, stunning individual virtuosity blending to a form a breathlessly responsive band which is technically exacting and creatively outstanding. Nick Beggs is mesmerising on a plethora of basses and Chapman Stick; Craig Blundell (who was last seen wielding the sticks for Pendragon) authoritative and forceful in creating and maintaining some dazzlingly complex and intricate signatures and rhythms. Adam Holzman’s languid air is the perfect mask for some stunningly sublime keyboard work which permeates every level and aspect of the performance whilst Dave Kilminster, last seen with Roger Waters, brings the most exquisite touch, deftness and spirit to the guitars. Throughout both sets the melodic and touchingly beautiful vocals of Israeli singer Ninet Tayeb join Wilson and the band for Routine, Ancestral and Don’t Hate Me.

Throughout the evening the bare-footed Wilson is an assured and enthusiastic presence, fully in control of everything that is going on around him, leading by example and musically comfortable in the presence of such a tight band. His humour is self-deprecating and lets him get alongside his already willing audience, whilst also allowing a playful commentary on his assessment of the significance and merits of his own work. He is the master craftsman and you suspect that at all levels there is a perfectionism at work which drives and affects everything he does. 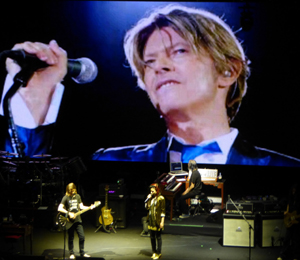 That gift for commentary introduces two of the highlights of the night; his moving tribute to David Bowie in the context of innovation (or lack of it) within popular music followed by a wonderful rendition of his old Porcupine Tree song Lazarus and then in the encore where, joined again by Tayeb, together they sing Bowie’s Space Oddity. The final song of the evening reduces many in the audience to tears as he delivers The Raven that Refused to Sing, with simple lighting against a hugely moving video with such simplicity and beauty that even with tears running down so many faces, the audience stands as one as the band leaves the stage.

He lingers, briefly, on his own, perhaps to savour the moment himself, perhaps to feel the flush of satisfaction in a job well done and perhaps in quizzical surprise that all this is because of him and he still can’t quite believe it. The warmth and appreciation of the audience is completely spontaneous and lovingly genuine. It was a truly remarkable evening, a beautiful experience and even having scribbled these few lines and feeling as if I should now be able to sit back and enjoy it, I find that it keeps coming back to me, that the emotions and the thoughts are never too far away and maybe, just maybe, the longevity of An Evening with Steven Wilson is precisely something he planned and intended as well. Brilliant. 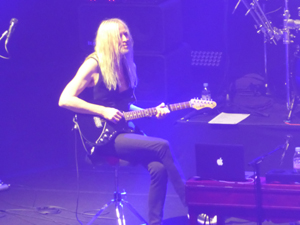 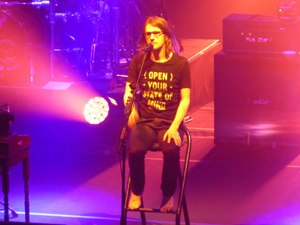