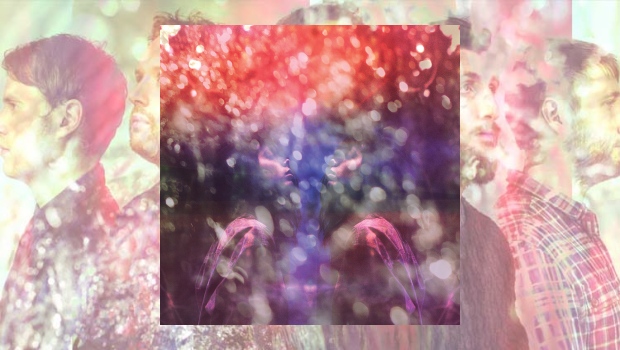 Fair Youth is a delightful surprise which is both totally refreshing and unremittingly optimistic. This fourth studio release from the self-confessed ‘DIY’ five-piece band from Leicester sees them attempting to create “a musical solution to dealing with real world problems and difficulties.” Drawn from their experiences of sustained and relentless touring, the album explores feelings of a life spent perpetually in motion, the connections we make, the relationships which fade, people who come and go, tinges of unreality, nostalgic longings and wishful day-dreaming. And all I can conclude is that if, in comparison, my rather sedentary life felt even half as good as how this album sounds, I’d be a very, very happy person indeed!

This is my first encounter with Maybeshewill and already I am becoming a believer in the gloriously rich and experimental musical project this band are laying out before us. What instantly strikes you are the lovingly crafted and patiently unfolding crescendo of sounds which become the standout feature of this album. The music is grand, anthemic and highly dramatic, achieved not simply by gradually adding layer upon layer of instruments, but rather by carefully and intricately interleaving and interweaving the instruments, in varieties of combinations, to create new sounds and reach increasingly expansive musical peaks.

In this respect the music is hugely organic; it ebbs and flows, swells in intensity and then wanes into diffuse trance-like solitude, but always remains a constant force and emotional presence. The range of instruments used in weaving such diverse musical landscapes is impressive, not simply in virtue of the individual skills and techniques that are clearly on display but also because of the beautifully arranged mosaics that are brought into play in order to supplement, underpin and shape the character of the music you hear.

Indeed, this is where the DIY moniker truly comes into its own and helps create the distinctive Maybeshewill sound. Bassist Jamie Ward, in charge of production, assembles a richly diverse palette of samples, fragments and instruments on which to create broad musical brush strokes and paint a big canvas full of individual elements working seamlessly together. Whilst you can stand close to the canvas and marvel at these individual pieces, it’s not until you stand back and take in the whole picture that you appreciate the craftsmanship at work here. Orchestral arrangements are infused with complex (cultural) rhythms, interspersed with electronic beats; hazy live guitars breathe energetic atmospheres into echoed, almost tribal drum horizons, whilst simple piercing piano lines give way to synthesised vistas of string and percussion ensembles more associated with a classical orchestra.

The overall effect is mesmerising; by quite deliberate design there is just so much going on here that at times you simply surrender to the ceaseless incoming waves of music and allow yourself to be carried away on the moods and tides which capture and seduce. Listening to Fair Youth, you come to understand that the self imposed – and what must undoubtedly be punishing – touring is the secret behind the band’s dynamism and enthusiasm. This is music forged and refined on live stages across the world, the unique opportunities these experiences afford giving the band members a confidence in how their musical talents can interact and combine with each other whilst also providing insight into the way the music they are exploring can be shaped, influenced, played with, subverted and expanded.

Fair Youth is thoroughly enjoyable and hugely likeable. James Collins (drums), Matthew Daly (keyboards), John Helps (guitar), Robin Southby (guitar) and Jamie Ward (bass) are to be congratulated on an album which is full of inventiveness and no small degree of energy. The project on which they have embarked, self managed, self produced, is to be heartily encouraged and thoroughly supported.

Unfortunately, however, it appears that for the time being this may not happen. The band have announced they will tour again in 2016 for the last time. There are dates in Greece, Russia, Ukraine and Belgium before 4 dates in the UK in April, culminating in a final show in London. I most sincerely hope this will not be the last we see – or hear – of them. It is a project which is finishing far too soon and I am heartened to see they have not completely closed the door on there being more to come in the future. And there is so much more to come from this band: it will be a sad but patient and hopeful wait.