The legendary bassist for King Crimson, Peter Gabriel, Stick Men and hosts of others, has just released a Jazz album with his keyboardist brother Pete.

Interview for The Progressive Aspect by Jez Rowden.

Hi Tony, great to talk to you regarding this new recording you have put together with your brother Pete.

Thanks to you, Jez.

What albums have you and Pete played on together previously?

Gee, that’d take me awhile to collate…plenty of Pete’s solo jazz albums, and at least one of my Tony Levin Band albums. Quite a few rock, blues and even pop albums too. And we toured together with Paul Simon some time ago.

A duo album has been a long time coming – why now?

The idea started when I got a great sounding cello (the NS Electric Cello) and started practicing my favorite jazz cello songs, those by Oscar Pettiford (also a great bassist) back in the 1950’s. I’d grown up on that music, and still remember the songs and solos. Kind of quickly came the idea, “say, with Pete on keys, me on cello, we could write some new songs in that style and have some fun gigging with them”. The style is pretty specific: short melodic songs, and short solos – so you play your best ideas and then move aside for the next player. And tracks end up about 3 minutes long – (shorter than some jazz solos on other records!!) That and the great playing is what made Pettiford’s music stay in my head all those years, and though I can’t pretend to play at that level, we’ve done our best to try to write the kind of songs that will become part of your musical memory.

Was jazz a big part of your background growing up?

Yes, in that my older brother, Pete, was a jazz player. I learned from him about music, about gigging, and more. However, I went into Classical music (on bass) and only in my late teens started playing jazz. Then did quite a left turn into rock and especially progressive rock – but I’ve played on lots of jazz albums and tours in my career.

Other than the cover of King Crimson’s Matte Kudasai all of the material is new. At any point did you consider doing an album of jazz classics or was it always your intention to write new material?

The material was a crucial part of the album process – we’ve done gigs where we played other material, and that’s fine – also Pete has a wealth of jazz pieces from his solo albums – but the idea here was to get truly back to that music we dug as kids and try to do it right. There were times when we thought – “we could expand on this section and stretch the piece a bit…” but there’s something special about having to get your best ideas into a short span of the songs – instead of each player playing a few verses and choruses, we’d have the first player solo on only the verse, then someone else on the chorus. All in, play the head again, and boom, you’re done. It’s quite the opposite of the prog rock world I’m usually in, and I really enjoyed the challenge.

If you had picked any tracks from the ’50s era what might they have been?

Well, since I’m on the subject of Oscar Pettiford’s bass playing, I’ll pick his track called Trictotism where the bass plays the melody. Hard for me to calculate the influence it had on me as a young bassist, but for sure our song Bassics is a tribute to that piece – the bass having the melody. 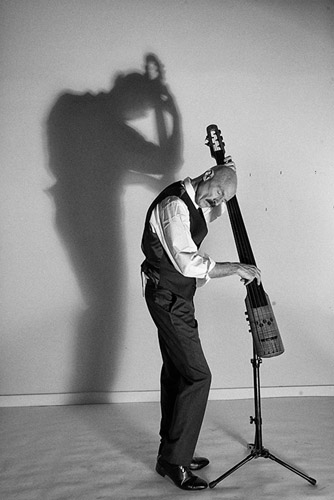 Having listened to the album, it has a very warm feel and is in keeping with the period that inspired it. Did you ever consider contemporising the sound, by bringing in the Chapman Stick for example?

We were pretty clear on the sonic picture for this album. The decisions were about whether each song should have Pete on organ or piano, and which pieces to bring in the sax as a welcome new voice. My playing fender bass or Stick or other basses wasn’t in the cards.

By the way, maybe this is a good time to mention that making a vinyl version of this was another ‘bucket list’ thing for me – you always want to do that when you have a warm sounding album, but in my experience there have always been barriers and issues, so we never do it – this time it was a priority from the start – for sonic reasons, and because with short songs we could get a lot onto the LP, but also the classic look and feel of the 12″ LP is so much in keeping with this music. We even arranged the back to be ‘old school’ with a music reviewer explaining the tracks, and b&w pictures of the guys in the studio. We also made the first 1,000 LPs a limited edition signed and numbered and with a gold colored platter.

The upright bass is lovely to hear and a different aspect of your playing from some of your more high profile gigs. Was it fun for you to play straight jazz for a change?

Well that bass is one I play on a lot of rock albums – notably Peter Gabriel’s and sometimes in King Crimson. I love the sound of it, and have been playing it for years. The cello (by the same instrument maker, NS) was the big challenge for me – and I practiced for about 3 years before feeling I was ready to cut the tracks!

As for playing straight jazz, that’s something I did a lot of back awhile, and enjoyed it – so it was pretty comfortable territory. Maybe my stint last year, doing a short tour with the Buddy Rich Band, solidified it in my head.

Was it easier working with a sibling? You both seem on the same page with this one.

Pete and I are always on the same page, and always get along great together. Also, when you’re collaborating with someone on music, it’s important to have mutual respect for your musicality – that way you can trust the other opinion when it differs from your own. So we’re both comfortable with often saying, “okay, I don’t hear it that way, but you like it – so it’ll be cool in the end”.

The sound is intimate and would make for a great live show in a small venue. Any plans to play any shows? If so are you likely to make it over to Europe?

The album release happens to be in the midst of a slew of touring for me. When the dust settles (maybe wrong metaphor for King Crimson and Peter Gabriel tours!) … when the tours finish, in December, we’ll pick a segment of next year and see what we can get booked. Jazz clubs for sure – and whether we take it to Europe will depend on a few factors (not least, how well the record has sold).

Is this a one-off or will there be other Levin Brothers albums in the future?

I’m happy to say this is one band that’s not going to break up! Actually, because we live in the same area of upstate New York, we have gigged together locally, when home from the road, for years. So that will continue, even as we look to expand the touring. We’ve already got more songs written, so making the next album will just be a matter of deciding when is the right time. 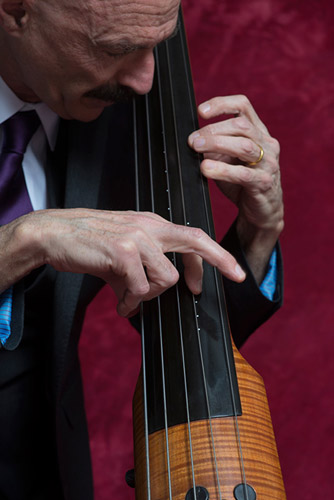 Finally, I hope you don’t mind but I can’t let you go without a couple of questions relating to other projects:-

King Crimson return to active service soon: What does it mean to you to be involved again?

It’s really great being back in active mode with the band. This is the most musically challenging situation for me – the one where I re-examine my playing and my gear, and try to take it into the next mode, whatever that’s going to be. It could be that fans don’t feel that I, or even the band, is breaking barriers – that may be, but the important thing to me is that I’m trying, and so is the band as a whole.

Was the new three drummer KC formation a difficult thing to get used to and to find your place within?

In fact it was easy. I expected it would be fraught with issues, but they had (in weeks of rehearsing on their own) worked out really creative and innovative approaches – so it’s never just three guys all banging out the time. I think audiences are going to love the drumming factor in the show – in addition to the other music, of course – it’s still fascinating to me, even after weeks of rehearsing. And, with the drummers in the front row on stage (rest of us on risers behind them) and surround sound in the theater, well, it should be quite an experience.

How was the ‘Three of a Perfect Pair’ camp this year? Is that going to continue as a regular feature of your calendar?

Love the camp. We’ll keep doing it as long as we can (and touring schedules allow). The best part of the camp is the great folks who come. I always feel I learn things from them, and we mutually enjoy the experience of being together, sharing our musical passion, and being in a lovely setting.

You have been playing in Peter Gabriel’s band again on the Back To Front tour which continues later this year. How do these shows compare to the 1987 So tour?

Hard to remember back to the original. But yes, we’ve been doing that, and will again, this coming November. It’s wonderful being onstage with Peter, he’s such an extraordinary performer, singer, and gifted staging designer. And the camaraderie among the band, still doing it together after so many years, is very special.

What other projects do you have lined up in the near future?

Haven’t talked about Stick Men – our wonderful trio (Pat Mastelotto of Crimson on drums, Markus Reuter on touch guitar, and myself on Chapman Stick). We’ve been touring a lot for some years now, loving every show of it. We’ll squeeze some U.S. shows in right after the Crimson tour, this October. Then 6 months of writing and focussing on new musical surprises from the band, and we’ll tour more next year – hoping to expand to the far East and some territories we haven’t played, as well as returning to South America, Europe, Russia, Japan, Australia, and the other places we’ve toured.

Spending so much time on the road it must be refreshing when you get time at home. What do you do with your limited free time and how do you relax?

I’m laughing, because I’m home now, my wife cooking a great dinner, and I’m…doing an interview about what I do with my free time!

Anyway, I do love my home time, family, dogs, friends…haven’t had much of it this year, but I’m very lucky to have had a year filled with great music – other years will probably give me more home time.

Thank you so much for taking the time to speak to us, we look forward to seeing you on the road soon in whatever guise that may be. 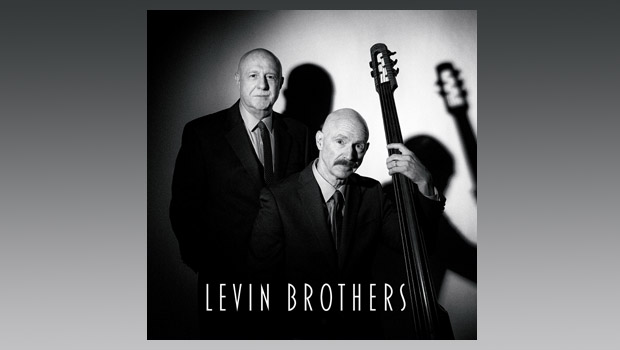