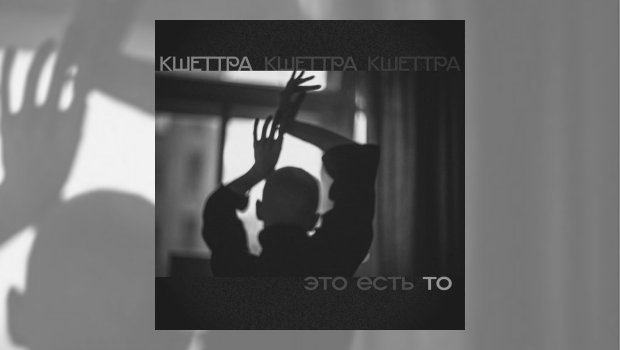 Kshettra have presented us with a new album which moves away from the familiar sounds of their last album, 2017’s Five Mothers, which I reviewed for TPA. The founder members of Boris Gas and Viktor Tikhonov began a collaboration with French horn player Gosha Rodin to create this album, joined by a further eight musicians during the process. Recording was at Orange Studio in Moscow during August 2021, with mixing and mastering by Nikolai Samarin. The music was composed separately with four tracks from Boris, two from Viktor and one from Gosha.

The band’s music has always had a progressive, post-rock, jazz feel, with some of the songs having a darker edge. Here they have decided to include new ideas which have helped to progress and advance their sound. The addition of electronics and acoustic instruments has created warmer harmonies and direction while still remaining linked to their musical ideals.

The album’s seven tracks vary in length from three-and-a-half minutes to just over nine, totalling a very vinyl friendly forty-minutes, a satisfying listening time, the album being of such quality that it cries out to be replayed as soon as it finishes.

Things kick off with Red Letter, a gentle acoustic guitar start followed by a sparse drum pattern, the pace picking up at around a minute- and-a-half. The bass and keyboards start to drive the song forward before what sounds like a sequencer takes over, Mila Kisheleva reciting some of Boris’ poetry over the top. Although the poetry is delivered in their native Russian, it does work well; a very different start but so interesting to be sure.

We then fall into familiar Kshettra territory with the next track. It’s Not All, That Behind The Darkness of Things. We get some lovely jazz work, which changes focus half-way through when it becomes more stilted, before some rampant saxophone takes us to the end. Off to a good start, now we change pace again on Tumanama, with a cool and lightweight piece which drifts along with lots of added textures, including some great guitar work.

Butohstep gives us an interesting mix of instruments, carefully selected, the use of electronics giving rise to a pulsating song. Colo-colo follows, and this is a good example of their expanding horizons, double drum kits filling out the sound, accompanied by electronics with a French horn with added effects in the mix. This is the longest track and it is a journey packed with ideas.

After the successful use of poetry in the opening track, here on the album’s shortest track, I Am You, it returns. Again written by Ghas and delivered by Mila over a repeating theme which comes to a noisy climatic conclusion. The closing track, Shivoham is a darker composition than most of what has come before, Boris stating that this composition is “as solemn as a stormy sky”, Viktor saying that it “still invokes many feelings in me, from excitement to fearlessness”. I include these two quotes as they sum up so well what this track is about. It has a great jazz/rock feel, the excellent rhythm section supporting the saxophone here, which moves around to create texture. Towards the end, Olga Larionova’s vocals enter to lift the song again to another level in a perfectly paced song.

This is an album that demonstrates the band’s willingness to develop new ideas and experiment with sounds, but all the while tied into their love of jazz fusion, prog and post-rock ideals. They have created music with an excellent variety of ideas, a clear progression embracing new directions which now add electronic and “nu-jazz” to their repertoire. A worthy listen which deserves to heard by a wider audience.