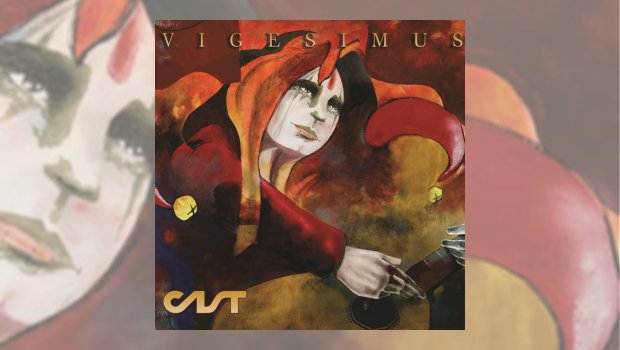 This Mexican band have two very big hurdles to overcome. Firstly, they are the Mexican Cast, and not the UK Cast. I don’t think I’ve yet talked about this band without having to explain that it’s not the Cast people think I’m talking about. Secondly, those who have actually heard of the Mexican band have not heard their music for many years, and were unimpressed when they did. Cast has been around a long time – since 1978 in fact. By the time they began recording and releasing their material, they had enough to release three albums in 1994, and two more in 1995. They’ve continued to be prolific; between 1994 and 2017 there were only nine years that did not see a Cast studio album launched into the world. This makes the four year gap between 2017’s Power and Outcome and this year’s Vigesimus the longest in the band’s history! And, by all accounts, they may not have sounded as good as they do now.

I’ll be honest, I was only introduced to the band with Power and Outcome (their first album on German record label Progressive Promotion Records), and I was immediately enamoured. I was looking forward to reviewing Vigesimus and was quite surprised when people who knew of the band told me they hadn’t been impressed with what they heard. So I decided it was necessary to investigate a few albums from throughout their discography. This seemed necessary to me, to see just how different the band might have sounded – because how can I try and convince those who were not impressed to give the band another chance unless I am sure they sound sufficiently different? What I found was that, apart from obvious sonic differences as band members came and went over the years, the biggest difference in sound comes from the improved production. No matter how good (or not) the earlier albums might be, they are hard to listen to because of the poor production.

I did find some surprising twists in my selections. For example, Nimbus sounds more like King Crimson and Van der Graaf Generator than anything else I’ve heard from the band, this comparison helped along by generous servings of squalling sax. But all else aside, I can definitely say that the most recent album and that which preceded it are easily two of the best of those I have now listened to. I can definitely hear why people may have been underwhelmed by previous albums, and can happily now tell them to put those experiences aside and try again. My only reservation with this album, as with the last, is the vocals, but I am well aware this is because of my personal preferences, and I suspect that for many who enjoy Vigesimus, the vocals will pose no problem at all. For me, they have that overly dramatic and bombastic feel of many neo-prog singers. I struggle with Fish’s vocals, for example, similarly. The music is probably closer to Pendragon than it is to Marillion, though.

For anyone who knows me, it probably comes as a surprise that I like this at all, as I’m known for not being a great fan of the music of the likes of Marillion and Pendragon. But there’s something special about Cast’s music that just seems to draw me in. And it is definitely the music, not the vocals. The first thing I heard from the band was the stunning twelve-minute instrumental opening number from Power and Outcome, and it is the instrumental numbers and extended instrumental passages within the songs on that album that give me the greatest pleasure. The same can be said for this album, which doesn’t experiment much with the successful formula of the previous one. I’m guessing Power and Outcome might have been the band’s greatest commercial success thus far, and they wish to capitalise on that.

What that means is more symphonic prog that verges towards the realms of metal without ever quite reaching that point. It’s nice and heavy without being overbearing, and this is actually quite a feat when you consider how dense and convoluted the sound could so easily have become with three lead instruments (guitar, keyboard and violin) playing along, over and against each other. That the band retains a lightness of touch, no matter how heavy or complex they get, is quite an accomplishment. It would certainly be a complete mess if it were not so well produced and mixed, so full credit there, too. The sound is punchy and vibrant and a joy to listen to, rather than the chore of earlier albums.

I suspect one of the reasons I like Cast, when I’m not a great neo-prog fan, is that their symphonic sound seems to have more classical influences and references, rather than the classic prog influences and references of most ’80s neo-prog. I’m not going to get silly and say Cast is neo-classical, not neo-prog, but there’s no denying that the guitar of Claudio Cordero is similar to the neo-classical stylings of Steve Hackett. Pair that with the virtuoso violin playing of Roberto Izzle, and some fabulous keyboard from composer Luis Alfonso Vidales, and you have some very beautiful and layered melodies that definitely remind me of classical music as much as they do classic prog. I wonder if it is also because they don’t sound as European as most neo-prog bands do. I know that sounds a strange thing to say, because how can a band sound ‘European’. I simply mean that the symphonic sound of Cast is not so much like that of UK bands like Genesis, nor Italian bands like PFM, so much as US band Kansas. Which is weird, because I’m not a fan of Kansas either. So here I am making comparisons to bands I don’t particularly like, which makes me wonder just why I like Cast as much as I seem to. But I do, and even if you’ve had a bad experience with the band in the past, I can definitely recommend giving them another listen. 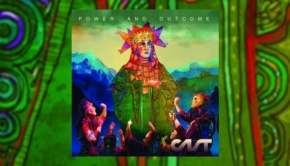