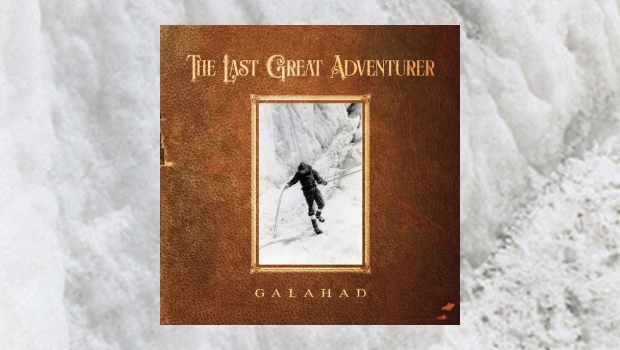 Galahad are back, and they really have produced the goods on The Last Great Adventurer. It was about halfway through the scintillating Blood, Skin and Bone, as Stuart Nicholson sings passionately about what unites us all as human beings, and then Galahad apocalyptically spin off with thundering drums, crisp basslines, waves of pulsating keyboards and Lee Abraham’s electric guitar streaking magnificently into the sky like some sort of carrier jet taking off, that I just thought, “Yep, absolutely nailed it. This is bloody fantastic music”… and I instantly hit ‘repeat’… twice! There’s not many songs which make me do that these days. This is a song which actually says something important whilst also managing to entertain and excite.

The Last Great Adventurer is their first studio album since the epic 2018 Seas of Change. Whilst that last concept album was a politically charged observation on the turmoil of Brexit in the UK, The Last Great Adventurer is a much more varied and personal collection of high-quality rock songs. Galahad yet again are not afraid to utilise a variety of styles and influences in imaginative ways.

After a four-year hiatus and a global pandemic in between it seems totally appropriate for Galahad to announce themselves again with the vibrant and affirming Alive, characteristically brimming with ideas and energy. Stuart Nicholson has shared that Alive is a homage and thank you to all the fans who have supported and motivated them over the years.  Starting with pulsating dance beats, somewhat echoing Faithless, Stuart Nicholson’s unmistakable and smooth voice proclaims positively as this piece morphs into a driving rock anthem. However, this is Galahad so do not expect it to be predictable – halfway through they insert a gentle Spanish-style guitar and piano interlude… which then seamlessly transforms into a crazy synth solo followed by power chords. Lee Abraham then takes up the gauntlet with a trademark soaring guitar solo flying above the furiously pounding drums of Spencer Luckman. This is quite a statement from Galahad, confidently announcing that they are back. What is all the more remarkable is that most of this album was recorded under the restrictions of COVID lockdown with band members in scattered locations recording remotely, which was then edited, mixed and pulled together by producer Karl Groom of Threshold. He does a remarkable job in so excellently producing this album.

Galahad hail from the beautiful Bournemouth, Dorset area and Nicholson has explained that the extended piece Omega Lights is his lyrical tribute to his home area of Sandbanks and Shell Bay near the mouth of Poole Harbour. Dean Baker commences the song with the sound of water, atmospheric piano and undulating synths – you can almost see the lights reflected at night upon the waters. A swaggering guitar and drumbeat take up the lead as Nicholson sings affectionately about the place he loves to live in:

“And all I hear is the gentle lapping of the water on the shore
A stunning pastel sky above, such a beautiful place, a wondrous escape.”

Omega Lights shimmers along melodically, exuding the positivity felt about the area. Later in the piece a more strident organ and drum section precedes a contemplative reflection on the love in a relationship and the memories associated with that place. A short, fluid Abraham solo takes us back to the main chorus which aptly fades over the horizon.

The aforementioned Blood, Skin and Bone is a real highlight, and is simply one of the best songs Galahad have ever produced. The origins of this song are rather curious as the verse structures were originally written by Koburg, a symphonic metal solo artist with whom Galahad keyboardist Dean Baker is also involved. However, Koburg felt it might suit Galahad better, so Dean Baker developed the song with Galahad. Koburg is co-credited, and Nicholson has remarked that this is probably the first collaboration Galahad have ever done. Whatever the roots, this is an outstanding song which fizzes with ideas and crackles with energy.  Spencer Luckman, surely one of the most underrated drummers in modern progressive rock, and Mark Spencer (also of Twelfth Night in his first studio album with Galahad) on bass really set a crunching, hypnotic groove which spits and pulses like molten lava over which Dean Baker lays down pulsating synths… oh, and those exotic Eastern-style female vocals which wail through this song (and others on the album) are actually samples skilfully manipulated by Baker!

Lee Abraham is curiously credited in the sleeve notes for ‘guitar orchestration’ on Blood, Skin and Bone but when you hear what he does here this billing is totally justified as he flies in with a fuel injected, scintillating electric guitar solo. Characteristically, Galahad then do something totally unpredictable as the song switches to the sounds of a fairground Wurlitzer, Nicholson intoning:

“Roll up! Roll up! The Human Freak Show is here once again in all its perverted glory
You can vent all your prejudice, and you can manifest all your fear
By showing a complete lack of understanding of your fellow Homo Sapiens.”

The molten, bubbling main theme returns to bring this fantastic song to an emphatic end. A simple message against prejudice delivered so magnificently – one of THE BEST songs of 2022 for me.

In total contrast, Galahad move from a rocking song about racism in modern society to a more stately and emotional song, Enclosure 1764, based on an 18th Century anti-enclosure poem. Enclosure in Britain was the process by which the landed gentry took control of most of the land, restricting the use of ‘Common’ land and forcing many peasants into poverty through high rents. Baker’s atmospheric keyboards set the scene and Luckman shows that drumming is not all about fury as he compliments the heft of this piece with restraint, leading to a final climbing guitar from Abraham. Nicholson has shared that the sentiment of that poem “sadly, still rings true today… the same sections of society, in general, still seem to have the influence and power over us ‘proles’!” Recent bizarre proposed tax cuts for the very wealthy in the UK during a ‘Cost of Living’ crisis seem to confirm Nicholson’s view and shows that some things never seem to change! Refreshingly, Galahad still seem more than willing to make insightful political observations in their music.

Similarly, Nicholson does not shy away from writing lyrics about stories which really resonate, exemplified by Normality of Distance. He explained that this is “based on a true story of one woman’s battle to free herself from her incredibly controlling partner who both, from a distance, appeared to have the perfect life but all was not as it seems, as is often the way.” How many bands have the balls to do a song about the insidious phenomenon of coercion and control in relationships?

This is a song which rather sneaked up on me as I grew to understand the context more. Like the subject matter, the deceptively soft, melodic rock music conceals a story in which it emerges that the couple’s seemingly perfect life is far from it, with the person needing to escape that toxic relationship. Nicholson excels in singing his emotive, meaningful lyrics and the band provide a lush musical setting, evoking a façade of domestic bliss.

Why Normality of Distance and Another Life Not Lived are billed as ‘bonus songs’ is rather a mystery, as it may imply they are of lesser quality and have just been tacked on – far from it! (I suspect it is about a later – and shorter – vinyl version of the album, which would be a pity for vinyl enthusiasts as they are two fine songs).

Nicholson is a master at song writing about impactful, meaningful subjects, often inspired by personal stories and experiences. Another Life Not Lived is based on a true story about a family he knows coming to terms with the tragic loss of their 16 year old son to leukaemia. To add to the emotional resonance of this piece, Nicholson has explained that he wrote it about 12 years ago with the sadly departed Neil Pepper, Galahad’s previous long-time bass guitarist. He goes on to say “many people thought it was about him as he was also very ill at the time with Oesophageal Cancer, and sadly passed in September 2011. It’s taken this long to finally record the track and, hopefully, do it justice and it’s the last of the songs that we wrote together to finally see the light of day on a Galahad album.”

Needless to say, with such a sad subject matter the music is suitably elegiac, with a graceful guitar motif floating over an initial reverse looped synth and then a subtle piano. Stuart Nicholson’s fine vocals conveys the melancholy until the whole band joins in the chorus with restrained power, and then recede again. There are some great backing vocals and the whole piece exudes the grief of a family coping with a parents’ worst nightmare, as well as echoing the sad loss of Neil Pepper. There is no saccharine sugar coating of these intensely painful feelings. The band build anthemically and then it drops to a beautiful piano and vocal coda with Nicholson acapella, concluding: 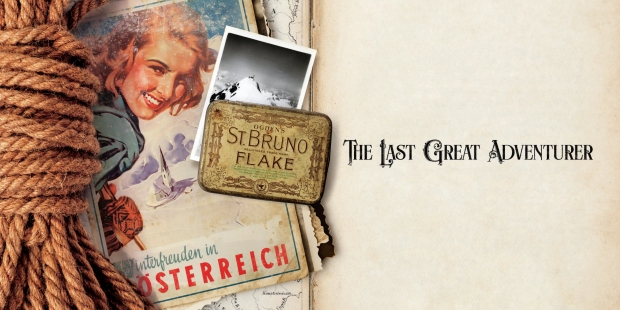 The main centrepiece of the album is the extended title song, The Last Great Adventurer, which again focuses on a theme of great personal meaning for Nicholson. His father was a mountaineer who successfully climbed the two highest peaks in the Austrian Alps, the Gross Glockner and the Wildspitz – indeed, the fascinating album artwork features a photo of Nicholson’s father just above an ice flow climbing Gross Glockner, and in the booklet there is a picture of the large cross at the peak of Wildpitz. Nicholson found the photos whilst going through his Mother’s possessions, after she sadly died of Non-Hodgkin’s Lymphoma a couple of years ago. He felt he had to tell his father’s story rather than just shut away the photos again. The lyrics also touch on other achievements in his father’s life, including helping design the mechanism that moved the drooping nose of the iconic supersonic plane Concorde. Alongside these details, Stuart Nicholson also includes very personal childhood memories of his father, and it is clear that his father is a great hero to him. Stuart can be content in the knowledge that he and the band have created a stirring and evocative tribute to his departed father. As he does throughout the album as main composer, Dean Baker in particular orchestrates a vibrant and dramatic setting for this life story, with a distinctive recurring synth theme, which the two Spencers, Luckman and Mark, muscularly propel along in the rhythm section. A particular chunky bass piece welcomes in an unexpected but cool jazzy phase (of course they do… ‘cos no-one was expecting such an interlude!) over which Baker briefly solos. Lee Abraham takes up the reins with a characteristically stellar soaring guitar solo. A final laid-back jazz conclusion with synth horns evokes the music of his father’s era… which Stuart echoes in his jazz inflected concluding tribute:

“In my mind you always will be the last great adventurer,
Nobody else comes close to you, because you’re the best there ever was.”

The Last Great Adventurer is an accessible and enjoyable album on one level, but it also really benefits from repeated listens as it gradually reveals its clever subtleties. This is a remarkably assured and worthy return for Galahad, suffused with emotion and filled with a range of styles woven into the melodic rock framework. Nicholson’s evocative and poetic personal visions are described with a combination of great sensitivity and rock power by a highly talented band, intuitively and imaginatively conveying feelings and telling stories. 2022 has already produced a range of high quality melodic progressive rock albums, and The Last Great Adventurer deserves to climb high amongst them to be considered as one of the musical peaks of this year.