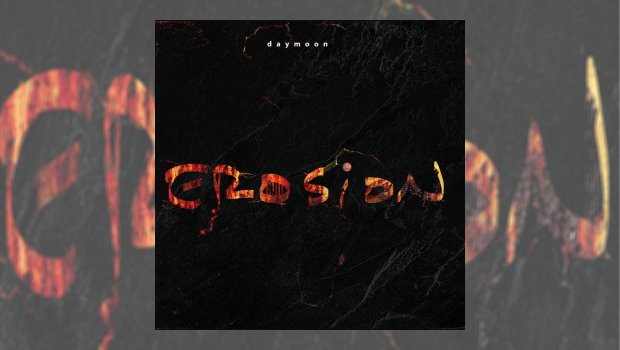 Erosion is the third release in a triptych from Fred Lessing. Except it isn’t. Or maybe it is? Honestly, I don’t know if it were intended to be, but regardless of intentions, I believe Fred has created that triptych, as the three albums that make it up are all indebted to his first wife, Inês – albeit in different ways. Inês is the thread that runs through All Tomorrows, Cruz Quebrada, and now Erosion. While Erosion is ostensibly a far more global and political album than its predecessors, it remains also a very personal one at times. Indeed, it begins with a very tender and touching lyric,

“The thyme on your grave is long gone,
Eight journeys around our sun,
The world has grown darker, I’m glad you’re not here
For all that you fought for will soon disappear.”

And, honestly, I did a double take when I first heard this. If I didn’t know it were Daymoon, I would think it were a different band. The Forest Without Us sounds very little like anything Daymoon have played before. At least, not for the first two or three minutes. The beautiful and tender instrumentation soon brings me back into more familiar territory. It’s a brave choice of opening number, as it is such an understated and atmospheric song, ethereal and ephemeral – flickering with life like the thirty-two thousand fireflies of the lyric. As the vocals end, the music takes a darker turn. The quiet and calm is lost amongst a wash of insistent noise of modern life. The Forest may be without us, but the woodwinds are definitely with us, and Paulo Chagas provides a discordant and disturbing squall that is perfectly accompanies and mirrors the chaos of the background sound effects.

Paulo provides many of my favourite moments throughout the album, eliciting a visceral response with his sometimes unconventional playing of a range of woodwind instruments, including recorders, clarinets, saxophones, oboe, and flute. Fred also plays a range of woodwinds, and unfortunately the credits for the album aren’t always helpful in working out just what is being played (often simply stating “woodwinds” or “percussion” or “stringed instruments”). I’m sure more educated ears than mine could identify what is what, but I quite like not always knowing just what is being played at times, as it adds to the magic and mystery of the music. And so much of the music is magical and mysterious, throwing up surprises and curveballs.

As a prime example, the following Pardon the Turkey is a joyous cacophony of sounds and styles, cut up with sound bites and biting lyrics full of sarcasm and irony. The music jolts unpredictably between jaunty, light and airy passages, and heavy, dark and menacing. This is definitely more what I was expecting from Daymoon, and it goes without saying that I love it. I came to Daymoon because I loved the Project Creation of Hugo Flores, on which Fred Lessing (and also Paulo Chagas) played a part. If you read reviews of Project Creation, they are often critical of how it is all too much all at once. In fact it was the negative reviews that sold it to me and made me want to give it a listen, because all that was being criticised sounded quite wonderful to me. Pardon the Turkey sounds like members of Jethro Tull, Gentle Giant, Henry Cow and Pink Floyd joined together to make a metal album. It is exquisitely over the top in every way.

The Forest Within Us is a near-instrumental comedown, with particular highlights from the kalimba (played by André Marques) and trumpet (from Luca Calabrese), sounding like jazz noir from the heart of Africa, although we are swiftly moved to the border of Asia and Europe via the Trans Aegean Express – from the sounds of it, coming from a war torn East, and travelling with hope to the West. Unfortunately, these refugees are likely to encounter the endemic ugliness expressed already in Pardon the Turkey, and systemic ugliness yet to be expressed in The Pyre. While these migrants may struggle to find a home, the fusion of sounds and instruments from around the world is once again wonderfully arranged. Nothing sounds out of place, even when it occurs somewhere that one would not expect it. This is where Fred Lessing excels, as throughout Daymoon’s recordings, he has consistently been able to bring together what might seem disparate elements, and make them sound like natural companions. The different sounds might crash together, but they do not clash.

Sometimes, however, a clash is not simply inevitable, but necessary. The Pyre reminds us that erosion is not necessarily just an environmental issue. While the Earth is being eroded, so is humanity. Our rights and status as people are being eroded globally, whether that be the UK sleepwalking into an authoritarian state, or the US overturning Roe vs Wade, or any other example you care to think of. If we don’t rise up when he have a chance, we might lose that chance for good. Followed up by Joyeous Oh Joyeous!, Daymoon do not exactly offer a happy ending. A subverted Symphony no. 9 in D minor is less an ode to joy, than a dissociative fugue state. But if that’s disturbing, it’s still nowhere as scary as the following Back Home, the lyric of which one can certainly still see reflected in a certain proportion of the population of the UK.

Overall, this is a magnificent addition to the Daymoon canon, but for all its similarities, it has some rather striking differences. While it still retains the eclectic nature of the previous albums, it is in a more subtle and restrained manner. In fact, a lot of Erosion comes across as quite restrained and understated, compared to All Tomorrows and Cruz Quebrada. This sense is furthered by the vocals of Lavinia Roseiro, who has a more conventional style than the idiosyncrasies of Fred’s. A lot of the rawness and edginess of Daymoon has been lost here, but perhaps that is appropriate, just as continued erosion can polish a surface. Initally, I found that meant that I enjoyed Erosion less than its predecessors, but continued listening has seen it erode my defences, and I now find it not only my favourite Daymoon release, but one of my favourite albums of 2022. 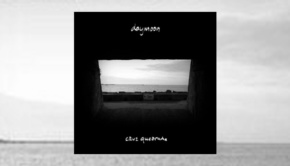