“Every melody I come up with automatically pops up while cycling/walking.”
– Gert van Engelenburg

Treehouse is the sixth studio album by Dutch symphonic rock band Leap Day, a band that seems to improve time and again with each new album. Time to get acquainted with keyboardist/composer Gert van Engelenburg and enquire about the background of the creation of this new album.

First of all congratulations, Treehouse is truly an excellent album, the band seems to get better with each new album. How do you experience that yourself?

We are very happy with the new album! We learn from every album we make and always try to bring out the best in us.

Guide me through the creation of the album, composing the music and the lyrics. 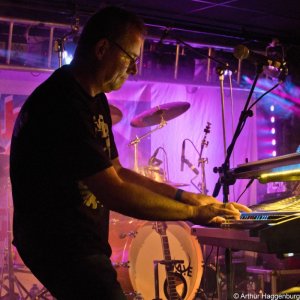 It really has become a corona album. Over the past two years, there have been several months when we didn’t see each other at all. All we could do is write and bounce ideas and demos back and forth. On this particular album, Derk Evert Waalkens (keyboardist/producer) has been the one who has been very active in terms of writing. He is the one who spends plenty of time at home and he has used his time extremely well. For the lyrics, he called on several co-writers who helped him along in the process.

How did the studio recordings go, was it everyone for themselves or a group activity, keeping in mind corona? I ask this mainly because it seems like an old-fashioned group effort, with lots of cohesion.

One by one we went to the studio in Assen, Holland, to record our parts. A number of times (guitarist) Eddie Mulder and I have been in the studio with Derk Evert to compose together. That actually resulted in a lot of beautiful musical moments that we gratefully made use of. Because we know each other well, I think we know how each and every one approaches the music, making it a real Leap Day album. We wouldn’t want it any other way! All credits to Derk Evert who, as a producer, has put all the pieces of the puzzle together, as always. After all, he is the true guardian of our sound and has once again done a great job.

Speaking of corona, the music industry has been hit hard by the pandemic. How did you get through this period?

As a professional musician, Eddie has suffered a lot from the paralysis of the cultural sector in Holland. Everyone else in the band has a day job with the band is mainly a hobby. But we had a number of potentially great shows planned in 2021 that were all cancelled, sadly. But we all managed to keep a smile on our face!

No or hardly any gigs in the last two years, but there was still an opening for your own Northern Prog Festival (NPF), in early November. What was that like? You also played three songs from the new album.

We have been very lucky with the latest edition of NPF. A week later and we would have had to pull the plug again because of lockdown measures. We had to cancel in 2020 and for 2021 we had already removed the foreign acts from the line-up. Fortunately, we were able to continue the festival with only Dutch bands. All afternoon and evening I only saw visitors and band members with a huge smile: everyone was so happy that finally something was happening. For most people in the hall the first music outing in two years! Playing new songs is so much fun: presenting something new, that you are already very enthusiastic about, to an audience is the best thing there is!

The lyrics are written by several people and many of them are about childhood memories. Elderly gentlemen in a nostalgic mood?

Well, what do you want as a topic for your song? After all those “Deucalion” reflections and other heavy stuff, we were perhaps ready for some retrospective. I myself wrote title track Treehouse, well, it almost wrote itself. I think it’s the most autobiographical song I’ve written over the years.

I have some comment on the English lyrics, although I realise that this is always difficult for non-native speakers (as am I). How does that work for you?

We always have the lyrics checked by a native speaker or an English teacher. We also want to get that side of the album correct. But whether we always succeed a hundred percent is another matter… 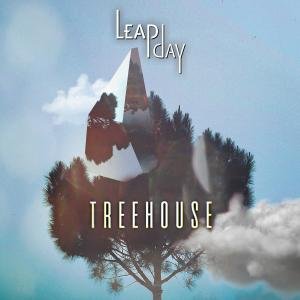 I especially like the melodies on Treehouse, how do they come about?

The writers in our band (Eddie, Derk Evert and myself) all think that a good song starts with a good melody. I think you can hear that on all our records. “Every melody that I come up with automatically pops up during cycling/walking.” Only then will I really start thinking about it and try to fit into the harmony. Then the actual composing starts. For Eddie and I have always been like-minded people and we are well-attuned and complement each other brilliantly. When we sit down together at night, something special always happens that we can use later in a song.

I’m also impressed with the excellent balance between keyboards and guitar, please elaborate.

I think it has to do with what I already addressed in the previous question. But it’s also very nice that we don’t have big egos within the band. Everyone is willing to play in the service of a song and no major roles are ever claimed within a song. At the same time, we do give each other plenty of space.

The keyboard parts are shared by yourself and Derk Evert Waalkens and are quite characteristic of Leap Day’s sound. Who actually does what? (Wishbone Ash once indicated on the back cover which guitarist could be heard on which channel)

If you let me continue with your comparison on Wishbone Ash’s guitarists for a moment, you could say that Derk Evert is more the rhythm guitarist and I am more the lead guitarist within the band. But sometimes it’s the other way round. Of course we write our songs in such a way that we don’t get in each other’s way with our respective keyboard parts. 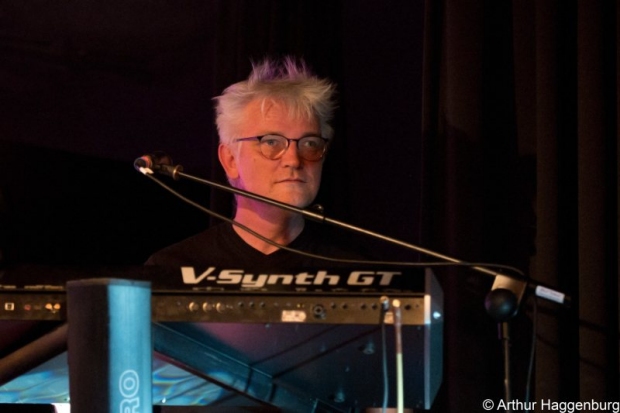 Derk Evert Waalkens plays a special role in the band, not only as a composer, but also as a producer and in the mix.

Humour plays an important role: the lyrics of May 5th (Skagerrak/Bombay/Bethlehem), the ‘techno’ section during Treehouse. A conscious choice?

Naturally! You should never take yourself too seriously. 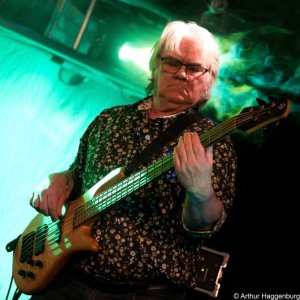 I heard some (electronic) horns in two songs (May 5th, Raining). That sounds great, a bit in the vein of Big Big Train, just a lighter version. Will this determine your direction in the future?

No, I do not think so. This was also an idea of Derk Evert’s and you could say that these songs almost asked for it. The choice of instruments that you play are also made in the service of a song. No idea what’s in store for the next record, but it will undoubtedly go in all directions. Maybe sides of us we’ve never explored before, who knows.

You had to fit in two new members, how did that go in terms of integration? Did they play a role in the creation of the music?

Harry Schooling has been playing with us for a number of years. He is a different bassist than Peter Stel. The style of playing determines the colour of a song and Harry’s way of playing has given the writers ideas. It was no different in Peter’s time. Hans Kuypers has been with us for a year now, but it seems as if he has been singing with Leap Day for years. He has somewhat of a similar background as his predecessor Jos Harteveld, but he does have his own sound. Also a different preference in terms of pitch. We’ve had to rework a lot of songs to make it more comfortable for Hans. For him, the performance at the NPF was his first ever show with us. But we were there as a close-knit band, so he did pass the integration course with flying colours! 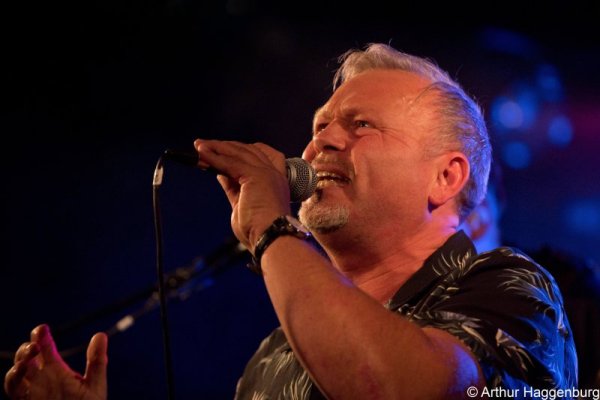 Financially these are difficult times for musicians, to what extent does the pandemic affect you? Are you financially dependent on the band?

As I mentioned before, it is really a difficult time for Eddie. But luckily not all of us are financially dependent on the band. Readers therefore do not have to set up a crowdfunding campaign for us. But of course it does help if everyone comes to buy the CD from us.

Leap Day has been with the Polish OSKAR label for years, which seems to agree with you. Do they also support you financially in the creation of new material or are there other forms of financing?

OSKAR has been very good to us. We get maximum freedom to do whatever we want. We live in the age of home studios, so recording an album doesn’t have to be very expensive. Production costs are further borne by our label.

What are you listening to these days? I read the bios on your website, on average the usual suspects. What are your prog influences lately?

I can only speak for myself: over the past year Dave Bainbridge’s new album and Lifesigns’ latest have made a big impression. But I’ve also listened to the latest albums by Dream Theater, Monarch Trail, Sylvan and Transatlantic a lot in recent months. And when it comes to Dutch product, I would certainly also like to mention Perfect Storm’s debut album: both on the album as well as during live shows they are a joy to listen to! 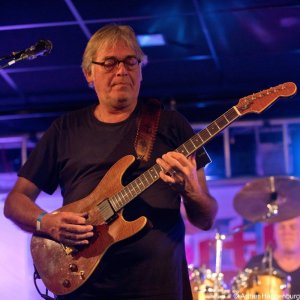 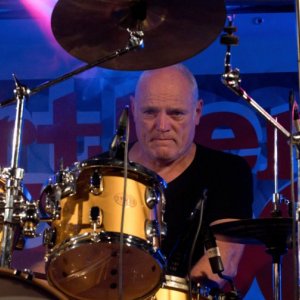 Speaking of which, Leap Day live shows are scarce, especially in the western part of Holland, let alone Europe. Do you have any plans in this direction?

We will be guests on June 12th with our friends at ProgFrog. Nearby enough for all westerners I hope 😉

What will the future bring anyway, bearing in mind the pandemic?

We have had some great offers for the coming year, also abroad. I can’t say much about it just yet, because festival organisers don’t like that. Furthermore, we are already busy with new material, so Treehouse will certainly not be our last achievement.

The band was formed in 2008, so you have been at it for almost 14 years at the end of February. Looking back, what is the most striking/defining event for Leap Day during said period?

We look back on great years together! And being on stage together is always the most brilliant thing there is. I think we have the best memories of our tour in Poland in that regard. Although that was way too long ago…

Finally, would you like to say something to the readers of The Progressive Aspect?

Keep on coming, keep enjoying the genre we all love so much and hopefully we can leave this nasty COVID period behind us and meet each other more often in all those beautiful theatres and halls in our small country. In any case, we are really looking forward to it. So see you soon!

Gert, thank you very much for your time and effort, hopefully we’ll see each other soon in a theatre in the Netherlands. Or maybe abroad. Anyway, I’m looking forward to it! 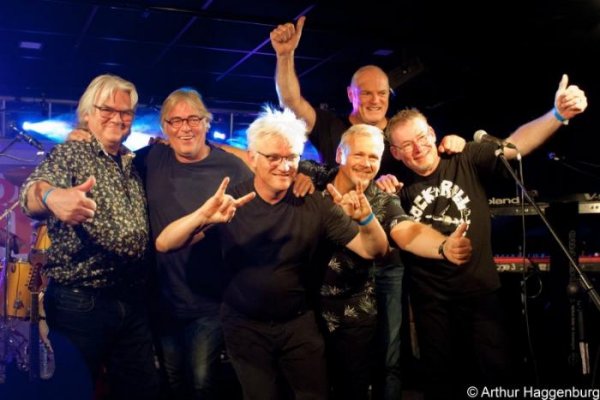 With thanks to Arthur Haggenburg for the use of his photos.

You can read David Edwards’ review of Treehouse HERE.