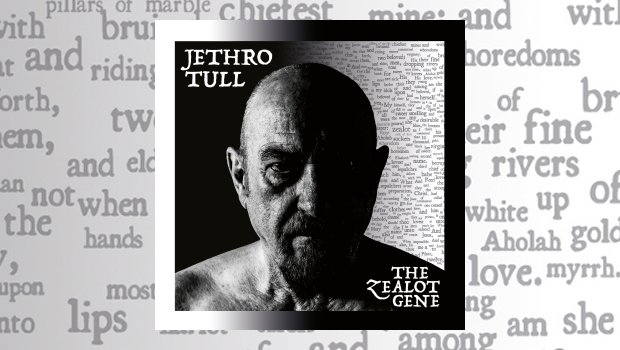 In common with most Jethro Tull fans, I was shocked and saddened when Ian Anderson knocked the band on the head nearly 20 years ago. By all accounts, long-time guitarist Martin Barre felt exactly the same.

But listening back to those later albums and live shows, I understood why he thought it was time for a wind-up. After 35 years of recording and touring, Tull had become a bit bland and lacking in inspiration, the shows sometimes lethargic and predictable. Sure, there were one or two later albums that hinted at past glories, and the band’s apparent swansong, The Jethro Tull Christmas Album, was a pleasant if unchallenging listen. But, like many bands from the late Sixties and Seventies, their glory days were far behind them.

Then there was the problem with Anderson’s voice, which has noticeably deteriorated over the years, forcing him to tune down some of the repertoire. He’s lost power, flexibility and melody, and there were times during some of the live shows I caught in the early 2000s when his vocals just disappeared, swamped by the instrumentation on the louder songs. Only on the softer acoustic numbers could he be heard properly.

He’s 74 now, and has incurable chronic obstructive pulmonary disease, so no-one expects him to sing like he did when he was in his 20s. But, in my view, his vocal problems have affected his song writing. He writes what he can sing, and because his voice now lacks much of its range and melody, so do many of his compositions.

His flute-playing and guitar work are still superb, and he surrounds himself with excellent musicians who bring out the best in his material. But the musicianship can’t hide the plodding, pedestrian nature of some of his more recent songs.

Now, a few of our favourite prog bands have breathed new life into their music by changing the vocalist. Yes, for example, got shot of another Anderson, Jon, some years back. But the problem with Tull, of course, is that it’s not a real band. It’s Ian Anderson in another guise, a nom de plume, an alternative identity. He is quoted as (allegedly) saying that without Martin Barre, there is no Jethro Tull. The new album is clearly an attempt to suggest otherwise, but there certainly can’t be a Jethro Tull without Ian Anderson.

With that in mind then, what exactly is The Zealot Gene? Here are 12 songs, all with a Biblical theme, with titles such as Jacob’s Tales (Old Testament fella regarded as the patriarch of the Israelities), Shoshana Sleeping (modern Hebrew spelling of Susanna, the name of two top Bible characters), The Betrayal of Joshua Kynde (Judas pocketing his pieces of silver in return for touting on the Messiah) and The Fishermen of Ephesus (missionary centre for early Christians). Some of the Biblical links are a little obscure but Anderson helpfully directs us to the relative Testament chapters when appropriate.

Most of the songs clock in at three to four minutes apiece, with only two heading towards the six-minute mark. So no prog epics here such as Budapest, or The Whaler’s Dues, or even White Innocence. These are mostly short, sharp, succinct numbers, based on flute and guitar riffs and taken at a fairly sedate pace in a no-nonsense 4/4 timing.

The band rarely gets a chance to show off – there’s some spirited lead guitar work in opener Mrs Tibbets, but most of the time the musicians provide solid but unremarkable backing under Anderson’s flute and fragile vocals. One can’t help wondering what, say, Martin Barre would have contributed to the songs.

The first four tracks are the best. Mrs Tibbets opens with an atmospheric rumble and drummer Scott Hammond counting the band in before we lead into a rocky number similar to some of the louder tracks on Catfish Rising. Subject matter is Mrs Tibbets’ little boy, Paul, who dropped the atomic bomb on Hiroshima from his B-29 bomber, Enola Gay.

Jacob’s Tales is a short but sweet upbeat number tackling the theme of sibling rivalry, based on Anderson’s acoustic guitar and a rare outing for his harmonica, while Mine is the Mountain hints at past Tull glories with its dark, moody atmosphere and dramatic musical flourishes. Indeed, had Anderson wanted to create something a bit more epic he could have done worse than extend this out a bit, perhaps with a longer instrumental section in the middle. Out of all the tracks on the album, this is the one I’ll be listening to again and again, with its Old Testament depiction of an angry, jealous and vindictive deity.

Title track The Zealot Gene is another spirited rocker, with lyrics that refer to the genetic fault that turns some ordinary, decent human beings into dogma-spouting, death threat issuing terrorists, Trump supporters and anti-vaxxers. “The populist with dark appeal / The pandering to hate / Which xenophobic scaremongers / Deliver on a plate,” sings Anderson. He doesn’t name any names but we all know who he’s talking about.

Elsewhere, we have songs such as Shoshana Sleeping – a flower depicted as a woman – and Barren Beth, Wild Desert John – the story of Mary’s cousin Elizabeth, who gave birth to Jesus’s support act, John the Baptist – that stomp along with little discernible melody, partly due to Anderson’s husky vocals giving us little for our ears to latch on to.

He’s better in the trio of folky acoustic numbers that dominate the second half of the album – the contemplative and wistful Where Did Saturday Go?, the touching Three Loves, Three and In Brief Visitation, songs that seem to cut through Anderson’s usual cynicism to some heartfelt sentiments deep within.

But don’t worry – his cold, unflinching eye is back for Sad City Sisters, in which he links Biblical references to prostitutes with the sight of Cardiff’s late-night drunken female revellers – “Tramps on a night out, out of season / Bare legs and arms at the taxi stand” – who stumble home after a night of soulless debauchery, tossing their knickers in the bin. I don’t think Cardiff City Council will be linking to this song on its website.

We end rather abruptly with the somewhat downbeat The Fishermen of Ephesus, with its obscure lyrics referencing, I believe, John the Apostle, son of fisherman Zebedee, who is alleged to have written some of the books of the New Testament.

The very self-aware PR spiel that has accompanied this release seems to acknowledge that, with everything else to plague us, the world is not necessarily waiting for a Jethro Tull concept album on the Bible. Will it be ranked alongside the classics, it asks, or be damned as a damp squib?

In truth, this is not a Tull album at all. It is really a solo work by Ian Anderson – using the same musicians that appeared on his album Homo Erraticus – conceived and written by him with very little noticeable input from any of the band. Even the cover art, showing Mr Anderson apparently naked from the chest up, emphasises the solo nature of the work (a nod, perhaps, to Steven Wilson on To the Bone).

As an Anderson album, it’s not bad. It suffers from his vocal deficiencies but contains some well-crafted tracks, superb musicianship and lyrics that are always thought-provoking, if a little obscure at times. As a Tull album, however, it feels lacklustre and ordinary when set against most of the discography, even 1984’s Under Wraps, the one fans love to hate.

So perhaps Anderson was right – without Martin Barre, it’s not really Jethro Tull.