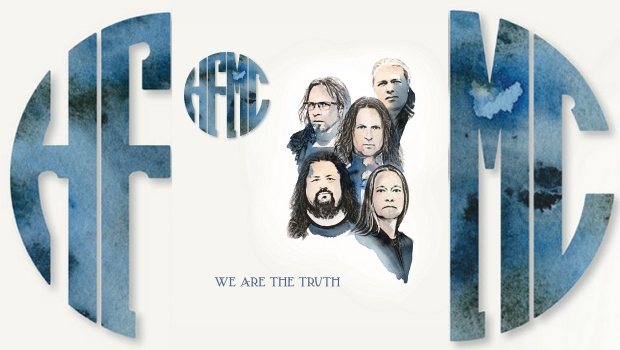 Hasse Fröberg & Musical Companion – We Are The Truth

News of a new album from Hasse Fröberg & Musical Companion is always welcome, and to anyone who has enjoyed their previous albums, the short version of the review is simply order it right away, you won’t be disappointed.

We Are the Truth is perhaps HFMC’s most adventurous and accomplished album to date. It is the first for new bass man Sampo Alexsson, and features the continued development of drummer Ola Strandberg as a composer of great talent. It is this broadening of compositional responsibilities which is the hallmark of the album, and the songwriting has really matured on this release. It makes for a more rounded collection of songs, and their most satisfying album so far. It retains the almost child-like optimism and hopefulness that has characterised their previous work, but brought a new level of sophistication.

The die is cast with opening track To Those Who Rule the World, which is the perfect start and tells you everything you need to know about the quality of this band. Of course it isn’t breaking new ground, but that’s not what we need from Hasse Fröberg. He has a style, unsurprisingly not a million miles away from The Flower Kings, but HFMC are now more than ever developing their own distinct sound and identity. This opening salvo simply sums up the album in seven minutes, but of course there is so much more. What follows is my favourite song so far recorded by the band, the immense Other Eyes. It’s the longest song, but not too long. It has several distinct sections, but avoids being complicated for the sake of it. It is lush, uplifting, has the most gorgeous acoustic interlude with angelic Jon Anderson-style vocals, and concludes with majestic pomp. It is almost the perfect traditional Prog epic, without sounding like anything else in particular.

Rise Up is a quirky piece of Prog rock pop, catchy as you like but hugely enjoyable all the same. It is infectiously optimistic and upbeat. Watch the video, and if you are determined not to manage a smile, then congratulations, you are officially miserable.

Elsewhere, we have the strident title track with teasing jazz flourishes, the hippy idealism of Yoko and the rocky Shaken and Stirred, on which new boy Sampo in particular shines. Every Second Counts is a lovely Beatles-esque ballad, and A Spiritual Change brings things to a glorious close. Throughout the album, Hasse is in fine voice, stamping his authority on proceedings. Guitarist Anton Lindsjö plays an absolute blinder and Kjell Haraldsson plays his array of keyboards to perfection. That leaves Ola Strandberg who is certainly a fine drummer, but it’s his writing that most impresses this time around. Fröberg must be well pleased to have found this guy, and he must be proud of this band. The production is warm and rich, the aural equivalent of a hot chocolate while the gale rages outside. We all need that just now, right?

Those who caught HFMC at Summer’s End a couple of years ago will know that they are very good, and as they are clearly not resting on their laurels, I sincerely hope we get the chance to see them play live again next year. In the meantime, this will most definitely do.