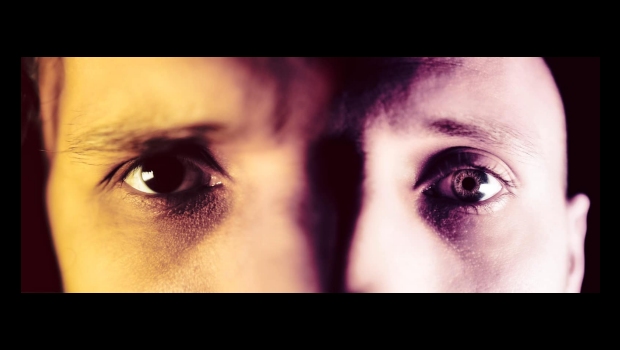 Florida based Galia Social released their debut album in January 2020, shortly before the planet was plunged into a ‘no go’ area. Undeterred, the guys went about recording a series of ‘live’ videos in a local theatre. These, along with animated segues, would eventually form the basis of the band’s ‘full album’ video of Rise, released on 15th September 2021. Currently working on the follow-up to Rise, Galia Social’s Christian Logaglio and Colby Peters spoke to TPA’s Bob Mulvey about the difficulties faced during the pandemic, the recording of the new video and future plans. 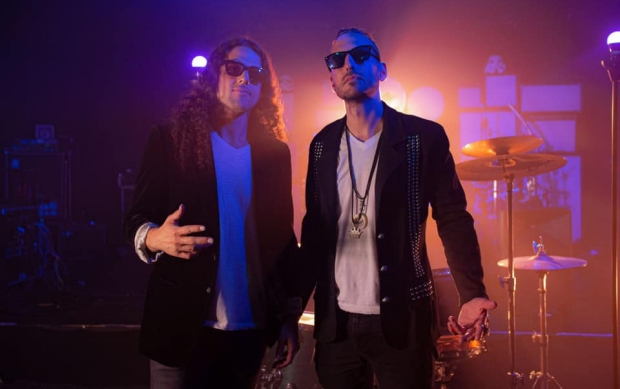 So, Rise was released in January 2020 and within a few weeks the world is plunged into a pandemic. It is hard to imagine a worse time for the release of the album, so given the elation of finally releasing the album and then being robbed of opportunities of promoting it fully – can I ask how the last 18 months have panned out for you?

It was unfortunate timing, no doubt. However music in 2021 is equally a digital experience for most people so it gave us some time to focus on that realm, which turned into doing a music video for the whole album. It also gave us some time to experiment with various promoting methods and finding the type of people who will like this record, something we’ve been unsure of. That being said, pandemic or not, we were just excited to finally release it and move on to the next stage.

Has the enforced isolation allowed you to work on the ongoing themes for the next instalments of the album trilogy, as well as new music for the follow-up to Rise?

We have mostly been focusing on the promotion of Rise as well as the live show currently. We have always known the general story arc of the trilogy, and have general sounds that we will use for future songs, but we won’t really start focusing on that until shows have been played and the album has been fully promoted to the best of our abilities. 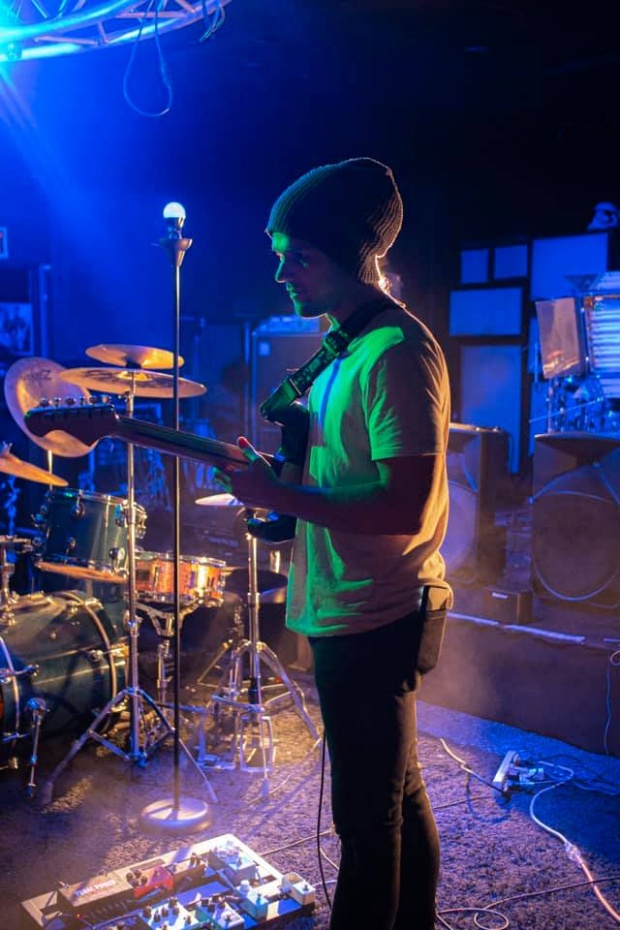 Rise is a concept album and lyrically there’s a correlated narrative tying each of the tracks together. If I understand correctly the premise is the coming to power of a somewhat misguided person. So have the events of the last eighteen months influenced the ongoing narrative?

We really enjoy having a story connecting each album, and the idea of a charlatan-type figure duping a gullible population is such a strong idea to us, as it has always and will always happen to some extent. A global pandemic is the perfect playground for an individual like this, so we’ll have to see!

With zero possibility of any live shows, you set about recording a series of ‘live’ videos in a local theatre. I’ve been watching them and they certainly add a live dimension to the tracks. Is this how you envisaged the videos?

Ideally, we would have had the entire album turned into an animated feature, depicting various images and plot points from the record. This of course would require an impossible budget for us, so the next best thing would be to have a continuous live show of the whole album.

Rise was written as a continuous piece from day one, as it always felt strange to have an album based on a story where each track ended in silence. We were thinking more along the lines of a musical theatre show, or an opera. So, having these small connecting sections not only allowed us to smoothly transition the listeners to the new key or tempo, but also sneak in a few of the hidden themes or phrases from other tracks.

The full video has numerous visuals overlaid which really add to the continuity, segueing the music neatly together. Again was this envisaged at the start or something that evolved working with the film crew.

The vast majority of the video choices were made entirely by the director Brian Petersen and his crew. This includes any of the transitional sections, which were some of our favourite parts of the entire shoot. Full credit goes to Brian for those, we were very grateful that he understood the tone of the album and knew what to do.

Whilst researching the band I came across the fabulous Instrumentals EP. I love the modern, melodic and jazzy slant on the EP, which to my ears make the tracks very accessible. If I’m correct this was released after work had started on Rise, so given Rise strongly features vocals, was Instrumentals a change in direction or just a great sideways move?

The timeline is all over the place. Rise as it is wasn’t truly started until 2019, but early versions of two tracks were written and released as demos years ago. This early time was us fully experimenting, trying to find the sound. This includes the instrumentals, which Christian had put together just for fun. We were in an “anything goes” mentality at that time, so whatever we had we fully arranged and played. There is a bunch of unrecorded material from this period that will no doubt show up somewhere on the trilogy of Galia albums.

Perhaps for those readers unfamiliar with Galia Social, can you walk us through some of your musical progression?

Galia Social has gone through many versions, all of them based on us trying to figure out the right sound. The first demo was a 5 song rock album. Distorted guitars, three part vocals, three different lead vocals depending on the track, Afro-Cuban fusion drums, and the most unnecessarily busy parts ever written. It is truly a hilarious relic of our musical progression, but also an important one. Then came the more rock/guitar focused versions of Follow and Colors (titled Warning Signs back then), followed by the various instrumentals and another one-off vocal tune. At the end of all of this experimenting, we came to the conclusion that we wanted a big sound without distorted guitar. We attempted this type of sound with the instrumentals, having bigger chord voicings and moving drum parts, but it still wasn’t hitting it right. However, around 2018 we helped a friend produce some hip-hop tracks, and got into using synth for the first time. After this, we knew we had found the right combination and began to rearrange those older songs with the new sound. 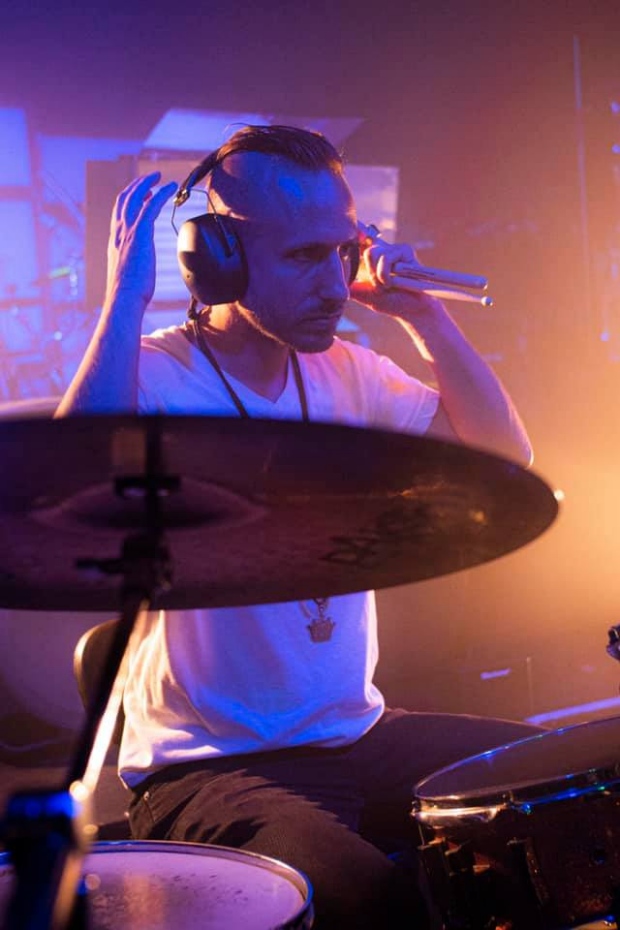 There is such a diverse combination of styles and influences across the album, so I’m fascinated to know about your influences. And musically what artists/bands are currently interesting you.

We are both fans of Circa Survive, Mew, Reign of Kindo, Pat Metheny.

So moving on to the latter part of 2021 and into 2022, there’s the possibility of gigs in the not too distant future. Given the intricacies, multi-layered instrumentation and depth of vocals on Rise, will you remain a duo or will you look to expand the line-up?

Currently no, as it’s just not financially feasible at this moment. It will no doubt sound better if everything is being done live, but that’s for a later date. However, there is something visually striking about a duo instead of a huge band, so we’ll have to see how things play out. For the time being it will be Colby, Christian, and Lappy (the laptop).

Fascinating guys… and many thanks for talking to TPA. 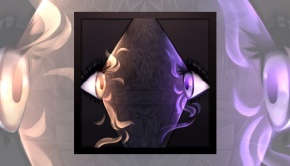