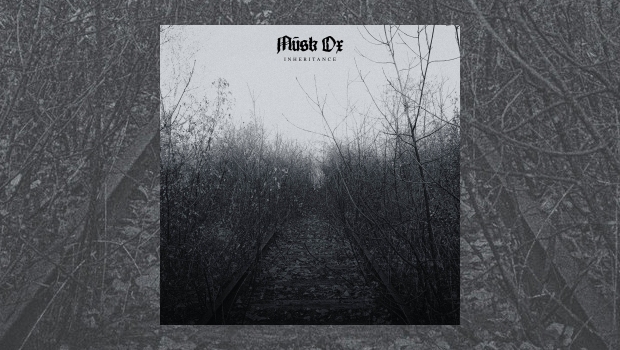 The last few months have seen me hit a particularly rich vein with a number of excellent albums catching my ear – Musk Ox’s Inheritance, released in July, being the latest. The performers in this Canadian trio are classical guitarist Nathanaël Larochette, Raphael Weinroth-Browne on cello and violinist Evan Runge. Inheritance is the third Musk Ox album and follows their self-titled debut which appeared in 2009 and Woodfall in 2014.

Prior to Inheritance, I admit to being totally oblivious to the existence of Musk Ox, however as I was so taken with this release I felt compelled to look into their origins and back catalogue. Easier said than done as searching for info on the band revealed a plethora of information on a stocky, long-haired animal with a slight shoulder hump and a very short tail – Ovibos moschatus (Musk Ox) – but not a great deal regarding this trio, however persistence did prevail.

Musk Ox’s eponymous debut is more of a solo affair with Nathanaël Larochette on classical guitar, wordless vocals and found sounds. And very enjoyable it is too. By the time of the release of Woodfall, the trio format is firmly established. Woodfall acts as a wonderful precursor to Inheritance with many of the elements that will surface later, already present, however there is a lighter, airy feel to much of Woodfall. As such it makes a superb companion to Inheritance.

Before moving on to the new album, mention of an interesting side project (although it may well be the main project), unearthed during my digging. Ottawa-based instrumental progressive metallers The Night Watch, an instrumental quartet featuring both Nathanaël Larochette and Evan Runge, released their most recent concept album An Embarrassment of Riches in late 2019. The Night Watch, however, are no run-of-the-mill progressive metal outfit and An Embarrassment of Riches mixes a rich miscellany of post-rock, metal, folk, jazz, classical, and a few more in between, in a concoction, the likes of which you will unlikely to have heard before.

So, with the prelims done, time to look at my introduction to Musk Ox, which came with the release of the Memoriam single a few months ago…

According to the band, Memoriam is “a piece about honouring those we’ve lost while celebrating the cherished memories we keep close to our hearts”. Something it achieves wholeheartedly – the melancholia is wonderfully suspended, whilst the interweaving strings rise and fall, offering tension and release in equal measures. Given the events that have affected planet Earth over the last year-and-a-half, a poignant and spellbinding musical interpretation.

Musk Ox describe the music on Inheritance as “a cathartic collection where wordless hymns of worry and wonder form the stirring soundtrack to an uncertain age of reckoning, reflection and resilience.”. Indeed, and Inheritance offers a solemn and thoughtful reminder of our vulnerability.

The album opens with the two part title track, which accounts for about half of the running time. Pt 1. (Premonition) pulls the listener in. Once again the haunting, foreboding strings create a darkness, but there’s also a sense of peace and tranquillity. Part one seamless segues into Pt 2. (Hindsight), and here Larochette’s guitar forms the perfect foil for the intermeshing string melodies. Impossible to encapsulate the seventeen-plus minutes in just a few words, but suffice to say this is a truly absorbing, subtly nuanced piece of truly stunning music.

Despite my plethora of notes, I’m finding it difficult to find new and innovative ways of expressing the sheer depth of music here. So I’ll just say if the Memoriam video above caught your attention then there’s another forty minutes of equally absorbing music on the album.

Before concluding, and returning to my opening remark of hitting a rich vein, mention of a couple of solo releases from the Musk Ox members. Firstly, an intriguing album of classical guitar works, Earth and Sky by Nathanaël Larochette and the equally absorbing Worlds Within Live from Raphael Weinroth-Browne.

Inheritance is not something that sits comfortably in the background, on the contrary, it demands your attention! Each track offers a subtle divergence, with multitudinous permutations, and whilst ultimately the momentum is forward there’s always a sense that it will eventually come full circle. A wonderfully enigmatic, totally captivating album and one that, for me, works best as a continuous listen.