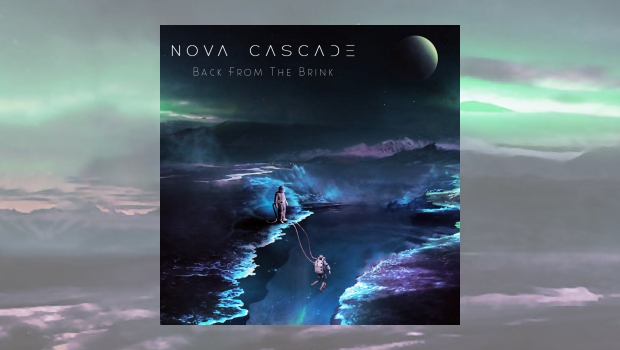 You don’t need reminding that the last 18 months or so have been a very difficult time for everybody – including the musicians who have not been able to play live concerts or record together in the studio. For Dave Hilborne, since 2017 the driving force behind the ambient progressive rock project Nova Cascade, it has been compounded by his personal struggle with long COVID and the physical and mental toll it has took on him. However, great art often comes out of adversity, and this is true of Nova Cascade’s third album, Back From the Brink – arguably their best release so far.

Building on 2018’s Above All Else, and the well-received A Dictionary of Obscure Sorrows a year later, Dave and his musical collaborators have sculptured an instrumentally strong landscape of flowing ambient and symphonic progressive sounds, with Dave’s delicate, yearning vocals on three tracks more integral to the music than ever with the emotional underlying message the album delivers.

Once again, Dave’s synthesisers and programming are supported by Dave Fick on bass and Charlie Bramald on flute, along with the violin and guitars of Eric Bouillette (of Nine Skies and The Room). However, Lorenzo Poliandri is a new addition to the project on drums and percussion, and despite the remote contributions of the musicians and Dave’s home-based recording process, the music is as integrated as it has ever been for a Nova Cascade release.

Dave stated that “In simple terms the ethos of the album is about trying to regain control over something for which there is none. I’ve spent the last year and a half battling long COVID and it’s taken me out of the world, you could say, and into a realm I’d rather not dwell in. So, in true musician fashion, the only way to deal with that was to try to capture it in music somehow. That’s why you’ll hear all kinds of aural cues such as screams and whispers, as it affects your physical and mental well-being dramatically.”

The short instrumental Rectify opens up the album well, with that theme in mind. It starts atmospherically, with a wash of keyboard chords over Dave’s bass notes before confidently building up and then concluding with some chiming percussive sounds. The Minutes After has a more languid pace as time ticks by, the music combining well, with almost whale-like cries at times. Dave describes it as being a condensed timeframe for his long COVID. An uplifting midway change of tempo sees acoustic guitar passages with Charlie’s floating flute join the musical palette, piano notes adding texture. Lorenzo’s drums provide a more urgent pace and, supported by electric guitar, the track concludes expressively.

The third instrumental, There Is Always A Way, is a melodic, forceful and defiant call to fight the condition and the drums, bass and synthesisers give an epic feel to this short track. The recorded words of the Apollo 11 Moon landing and space exploration (linking to the cover artwork) provide a metaphor for Dave’s own struggle and “the sheer bloody stubbornness not to let this thing beat me!” Eric’s lovely electric guitar work closes the track, and I would have loved to have heard even more of it before the fade on this occasion.

Phantom is the first track with lyrics and Dave’s plaintive, languished, whispered vocals work well in expressing a sense of loss – losing touch with the person you were. There are echoes of Mark Hollis and Steve Hogarth at times as he sings, “So easy to slip through a crack in the world. Like a phantom”, and then pleads for a second chance (or ‘whip’) not to lose your identity and become an unknown ‘John Doe’. The ambient instrumentation is bolstered by some nice piano and flute notes.

Classroom Keys is a short piano-led instrumental that Dave says is the only track outside of the album’s theme, included because he just liked the mood. I actually feel the flute and echoing piano add a dreaminess and melancholy that fits in well with the overall theme of the album, and once again could have been easily extended. The Hill is darker fayre and Dave’s lyrics touch on the self-destructive streak within us, and the slide downhill that can result. Another short, evocative passage of electric guitar takes us into the highlight of the album – the epic Back From the Brink. At over 10-minutes, the band are given time to develop a number of themes and changes in mood, and musically it is more direct and focused than many of the more ambient extended tracks on previous albums. Violin and acoustic guitar contribute light against the darker, ominous keyboard sounds elsewhere, with anguished cries juxtaposing with beautiful, pastoral musical passages – including some Oldfield-like acoustic guitar and symphonic prog flourishes, perhaps expressing optimism that our protagonist is indeed back from the brink in their personal battle. Hard to believe that the majority of the backing track was done on a mobile phone! Clearly, it’s not always the gear, but who’s using it…

The final track, The Long Winter, provides a lush, uplifting and optimistic coda of hope that whilst the battle isn’t over, with love and support it might be more manageable now. “In a way you saved me, that whole experience changed me. It still hurts sometimes, but I’m pulling through and determined to survive the long winter. There’s no undertow”, Dave’s yearning, almost spoken vocals are most Hogarth-like here and intertwine with the flowing instrumentation well. There is a nice link to the embracing space explorers in the CD’s lyric book (a link by the artist to the couple on the debut, apparently), rounding off the album warmly.

Back From the Brink continues to see Nova Cascade progress with their expressive style of ambient progressive rock. Compositionally, the music feels less ‘home-produced’ and more direct and focused. The instrumental playing by is first class and Dave’s vocal style fits the musical theme of his battle against long COVID very effectively. It is the band’s most complete statement so far and there is a diversity and freshness that make it well worth exploring further. 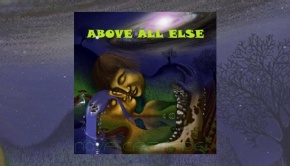 Nova Cascade – Above All Else →