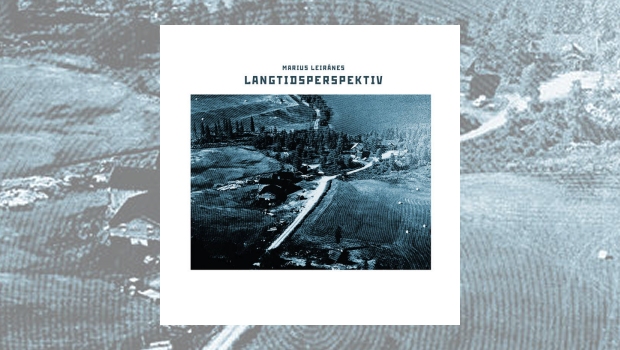 Marius Leirånes is known as a member of Norwegian band Pixie Ninja. Deciding to embark on a solo concept album, he was inspired by a subject that is deeply personal and close to his heart. He looked to local events and stories in the secluded hamlet of Langvassgrenda, which is located in northern Rana (Nordland), Norway. Marius has roots in a farm there that bears his name, Leirånes, which is still operating today. This farm was established in the middle of the 18th Century, the family who settled there using the name Leirånes which they gave to the place where the farm is located.

Marius has researched the history of this farm, and also the surrounding area and this has given him the motivation to write the music contained on this album. Marius played most of the instruments, but with some notable guest musicians, as noted below. Instruments used, alongside guitar, bass and drums, include modular synthesisers, glockenspiel, electronic percussion, saw, chains and bells. As you can see, this is a varied list which has been put to good use in creating the sound and feel of the album, with touches of electronica, ambient and post rock.

Recording took place in the second half of 2020 in Nobo studios Rogan, Norway, production handled by Marius and Jacob Holm-Lupo, who also mixed the results at Dude Ranch studio. The album is constructed with five pieces, each telling the story over periods of time, from the foundation of farms on the headland in the 1640s to a major event in 1959.

The opening track, Begynneiser, marks the beginning of the farming communities of Nord-Rana in northern Norway, and on the narrow headland what would become the Leirånes farm. Dating back to the 17th Century, this shows the depth of history and research that has gone into these pieces of music. Sounds of wood being chopped give way to evocative and atmospheric swathes which provide a dramatic audible experience. The slow and steady build-up leads to some great guitar half-way through, the song successfully capturing the feeling of the remote wildness of this area at that time.

Amerika deals with the emigration of Norwegian children during the early 1900s, as the population grew and jobs became scarce, in particular in the farming communities. As a result, moving to the New World became an option for many of the younger generation at that time. This track has a bright start that creates an almost hopeful feel, built on the creative use of keyboards, the musical tension rising towards the end as we hear small cracking or explosive sounds, which may be reminiscent of gunshots. This is a personal view so you can make up you own mind on that.

We now move into Isen på Bukta (‘The Ice on the Bay’), again the keyboards create an atmospheric feel of a cold wild place, with the tension slowly rising a couple of minutes in as the sound of cracking ice signals a change in tempo and the introduction of the drums. This song deals with the drowning of farm owner Peder Pedersen in December 1921, when he and his horse fell through the ice, the story being successfully conveyed.

Granatsjokk (‘Shell Shock’) is inspired by the story of Bjame Pedersen who suffered from shell shock while serving during World War II, caused by action at Mosjøen. He fled into the woods away from his squad, then walked back home over a huge distance to Rana. He was forever a changed man after these events. The track begins with a brighter, more up tempo use of keyboards, which are layered to create a more dramatic feel. The drums enter half-way through to drive to song forward, with percussive crashing here and there, maybe to reflect Bjame’s feelings and reaction to loud sounds as he walks through the depths of Norway.

The final track, 1959, deals with the tragic fire at the Leirånes’ house, the family of eight losing everything. A few years later the farm was moved to the other side of the bay, where it still stands today. This is reflected with the evocative use of keyboards which provide the feeling of impending tragedy, at times creating a sense of sadness. As the song progresses the focus changes in the last third, with hope and promise for the future reflected in the music.

As I have said, these are my personal reflections on the music, and it is understandable if listeners to this fine piece of work discover their own thoughts and feelings regarding what they hear, and that is what music should always be about – what it means to you. Marius has clearly put a lot of love into this work and it is very personal to him. I would like to say that he has created something special and unique, and that he should be proud of what he has achieved. I know that I have enjoyed listening to and reviewing this album and look forward to any future projects that Marius may create.