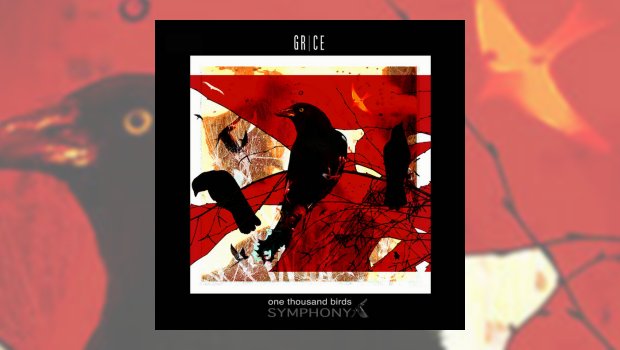 Following on from his One Thousand Birds, the creative mind that is Grice Peters has created the One Thousand Birds Symphony. Grice spent the Lockdown Year creating soundscapes and relating them to birdsong. It is an interesting companion piece and a fascinating exploration of combining natural music (birdsong and calls) with composition. It is said that the line between genius and madness is fine, here Grice demonstrates that of genius. The way in which he marries the natural sounds to the composition is both elating and sometimes disturbing, creating a sense of anxiety. The bird calls reveal the anxiety when a predator is close to their domain, the music maps those calls and replays as an emotion to the listener. Edgy stuff, and played outdoors it also elicits a response from nearby avians. Amazing.

For the talent and interpretation, I can only award it top marks, but there is a caveat: I personally find it a great listen, but I am aware that others may find it uncomfortable. An observation more than a criticism and my admiration for this album is undaunted.

Grice has collaborated here with what may considered his usual suspects, Richard Barbieri, Steve Jansen, and others, adding sounds, textures, and styles to this accomplished album. For me, it tracks the passage of a day with a few curve ball exotics thrown in. So let us begin.

Dawn Chorale. One bird, then two, growing in each moment until it is hard to distinguish the calls. Mornings in the countryside are just like this, and proximity to any human intervention is reflected in the mating call of the HST 125. My train knowledge might be out of date. Combining this with music heightens the experience of a normal day.

The Parliament introduces the crows. There is a sense of menace, they’re a rowdy bunch and both interpretation and inclusion are spot on, Grice using all his musical tropes to deliver. The avant garde jazz feel adds to the uneasiness, it is a dark piece and, although I can enjoy it, some may find the unquietness disturbing. I think I can also detect influence and input here from both Jansen and Barbieri.

One Thousand Birds Symmetry lifts the dark mode, but you can feel the anxious nature of the bird calls. Symphonic, the orchestra interprets, sounding as appropriate bleak, full and stark. This leads into the rolling jazz and electronica of Agent Starling, the feeling here is, for me, one of calm and relaxation, sounds that compliment each other combine to give a chilled atmosphere.

Beautifully laid back is Birds on a Wire. Not being afraid to mix genres, Grice blends many with just a hint of jazz here, in the Jazz lounge sub-genre in search of a suitable descriptive. Wake & Prey: if you ever sat and watched the buzzards riding the thermals on a summer’s day, this is what is feels like, observing the freedom as the bird seeks prey. Although scavengers, buzzards still hunt, soaring until a meal is sighted and folding back their wings to dive and seize their prey.

Bittern Tears is melancholy with a sense of the bitterns’ boom, electronically enhanced wood pigeons or doves provide the backing vocals, geese the harmonies in a simple and repetitive tune. In all, it is a rather lovely piece that comforts after those nasty crows. Blackbird Chain returns to that mellow jazz styling over a chorus of blackbirds; just close your eyes and wallow as birdsong and mellifluous instrumentation washes over you. The only thing missing would be the buzz of the bees’ pollen gathering from flowerhead to flowerhead.

The White Crow & the Windchime falls back to a more musical composition, though each note is still a brush stroke on a fresh canvas. A picture slowly takes shape, and a reward given. Were it in the realms of possibility it might make an amazing 5.1 mix. Grice is not restricted by the limits of genre, and although this review falls within the progressive realm, the album combines rock, pop, electronica, jazz and just about any other musical style he can fit in.

The Oldest Tree is our close, conclusions must be drawn, and a recommendation considered; in places it reminds me of the soundtrack to Watership Down, but only fleetingly. Where anxiety and chaos are represented, they can jar a fragile mind. This is stunningly clever, and to my mind a genius work, but I don’t think for everyone.