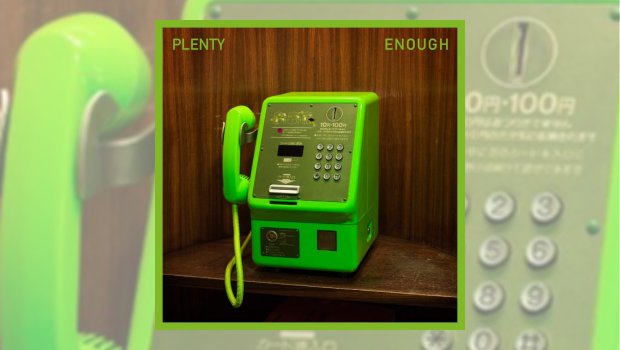 Plenty enough… geddit? Actually, I could listen to this highly skilled tranche of dream-pop all day long. Well, maybe until just after lunch, when a rising need for low-slung loud guitars will probably be scratching at my perineum. The thing about any musician who has the right amount of panache and individualism to rise above the ceaseless tide of the mundane is that he or she is instantly recognisable, no matter what interesting diversion takes them away from their usual path. Tim Bowness is one of that rarefied bunch, and here he is, revisiting his distant past with Plenty, and the material they wrote roughly three-and-a-half decades ago – let’s call it the ‘Pre-Wilson Era’ – in a far off post-rock synth-pop world that has not dated nearly so much as the attendant clothes and hairstyles, thank your deity of choice.

Plenty was the band Tim fronted immediately prior to hooking up with Mr Wilson in no-man, and they took their influences from intelligent indie pop, like The Blue Nile, and from the mainstream the all-pervading tentacles of latter period Talk Talk are never far away. Tim obviously took a lot of vocal influence from David Sylvian, to develop what became his own distinctive style.

Enough is a double CD, and the first shiny discs I’ve played in a while after a recent refresh of my vinyl playing system. If this album came out on vinyl I’d be all over it like a tramp on chips! The first CD features “Old” on tracks 1 to 7, lockdown reinterpretations of songs not included on the perfectly formed 2018 reunion album It Could Be Home. This is followed by “Borrowed”, five suitably esoteric cover versions. The second CD gives us “Older”, seven Plenty demos and re-recordings, with some containing the bare bones of what became no-man songs.

The CD booklet features extensive song-by-song explanations from Tim, but I won’t simply repeat them verbatim here. In fact I won’t even look at the booklet before I write this, as otherwise I may as well stop now. Joining Tim in breathing new life into their collective past are Brian Hulse on piano, synths, guitars and electronica, and David K. Jones on every kind of bass thing imaginable. The other original member, Michael Bearpark and his trusty guitar also appears on several of these tracks. Together they create an updated take on the original sound – see the “Older” CD for clues. To my over stimulated ear goggles, it doesn’t sound the slightest bit dated, and seems to me to be the natural early synth-pop home for Tim’s now finely honed melancholic croon.

“Old” opens with Forest Almost Burning, a slow moving and definitely sexy thing, probably in a little black number. Given the title, the lyrics are almost certainly at odds with that sentiment, but with Tim you never can tell. Have a look at the video above! Led by Brian’s hip swaying bass line the song has an effortless grace, and comes from a place where neat understatement is the order of the day. The subtle guitar and electronics weave together in a slinky dance, replete with synthesised handclaps every third or fourth beat (who’s counting?)… mmm… nice.

A favourite moment is The Walker which takes the self-assured and unhurried nature of this reimagined band into an almost louche setting. The compositions by this then young trio are lent an air of sophistication by their older selves that never descends into sophistry. It stands on its own merits. The Other Side is so no-man, it hurts, but the pain is one to enjoy.

The five cover versions were never going to be obvious, given the eclectic tastes of this combo. How many of you can you recognise those song titles? Incidentally, New Brighton (the place, and the title of the first cover, originally by It’s Immaterial) would have been where I first saw the sea, not that I can remember it! The one song I bet you all spotted was Teardrop Explodes’ Tiny Children wherein Copey’s since perma-altered state was showing flickering birth pangs. Here it is reinterpreted as an after-hours croon. Somehow it works! Tim tells us that he bought Reward when it was released from Liverpool’s famous Probe Records shop. Pete Burns was serving behind the counter, and initially refused to sell Tim “this rubbish”. Apparently he once refused to sell Tim a copy of Rush’s Hemispheres. Burns has 50% great taste, then. I’ll leave you to work out which half he got right. 😉

It is on the second CD, “Older” that the influence of David Sylvian on the band comes to the fore. On Sacrifice, they wear their hearts on their collective sleeve with no hint of shame, as there is plenty enough (ha!) here to take it forward. The skeletal arrangement of Broken Nights lends it a fragility that suits the lyric to a tee. Spot the Mick Karn-like sinuous bass on The Walker. The CD ends with Towards the Shore, a re-recording from 1990, Plenty’s event horizon, which contains some subtly scorching guitar work from Michael Bearpark, as if underlining the era with a trail of fire.

Throughout this set it is fun spotting the arrangements that later reappeared in no-man and Tim’s own songs, in a manner not dissimilar to listening to Karl Jenkins’ compositions while with early ’70s Nucleus that resurfaced in latter period Soft Machine recordings. Get those detective hats on! However, Enough showcases some fine young talent that together were far more than the sum of their influences, as these reinterpretations by their more… ahem… mature selves attests. Well worth your time, I’d say. 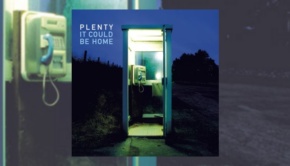 Plenty – It Could Be Home →