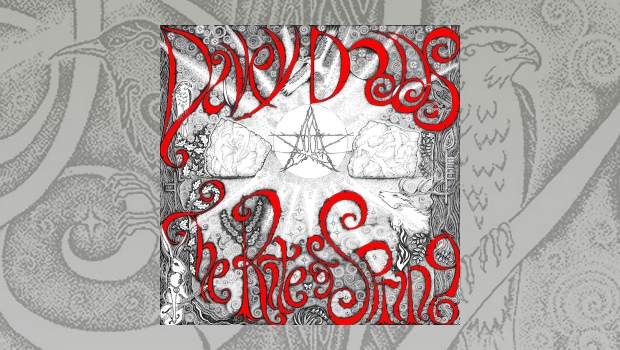 Davey Dodds – The Rite of Spring

In what might be considered his third – and certainly most recent – musical incarnation, Davey Dodds returns with solo album number three. Released in fairly quick succession, Kernowcopia in 2017, Toadstool Soup from last year and released early last month The Rite of Spring, sees Davey in a rich vein of creativity. In keeping with the album’s ‘concept’, The Rite of Spring was released on 1st May, the Gaelic May Day festival denoting a midway point between the spring equinox and summer solstice. Or as Davey explains:

“The Rite of Spring is a a Beltane celebration, structured as a Druid ritual.
It is not a pastiche of a pre-Christian ceremony, rather it is a modern, Pagan homage to the natural reality that we should all treasure and value – whatever our religious beliefs (if any).”

Now, there’s an assumption that because a reviewer has heard of an artist that ipso facto the reader will be equally as informed. Fear not, I shall spare you my annotated précis and offer a link to Davey’s long and interesting career HERE, and in his own words. In his review of Davey Dodds’ previous album Toadstool Soup, fellow scribe Phil Lively made note of The Unthanks cover of Davey’s song The Magpie. More recently the track has been covered by David Gilmour and Romany Gilmour as part of the ‘Von Trapped Family’ livestream series. And following in Mr Lively’s footsteps I’ve also put a link – this time to the Gilmour’s version HERE, should you desire to give it a listen.

So what do I know of Davey Dodds? Well during the late ’80s and early 90’s he fronted the progressive rock/folky ensemble Red Jasper, which I have recollections of seeing, confirmed in a recent telephone chat with Davey that Red Jasper had played in my home town. Oddly, the day we spoke it was announced that the venue had gone into receivership.

On that cheery note, let’s skip a few decades and the release of the rather splendid Toadstool Soup in 2019. To my mind a collection of well written and equally well performed contemporary folk songs and tunes. Delightful, engaging and steeped in the traditions of myth and legend. I was more than happy, therefore, to tackle the follow up, The Rite of Spring, and with coffee mug in hand and lights dimmed, the aptly titled Prelude emerges from the speakers. A somewhat melancholy lament with Davey’s tin whistle taking the melody, ably supported by Celtic harp and subtle ornamentation. In unhurried fashion, Prelude is followed by another short instrumental, the percussive Summon the Tribe.

A follow up album for sure, however the sombre tones of The Elemental Circle, questioned whether or not The Rite of Spring would simply follow on from where Toadstool Soup left off. The instrumentation is a little darker, electrified and effected. The violin is evocative and moody, Davey’s lyrics more intoned than sung. I suppose given the vast majority of the album was written and recorded during 2020, perhaps not unexpected.

Devastating as it was – and still is – touring plans and album promoting gigs were kiboshed from March 2020 by the ‘you know what’! But, as Davey comments, rather than succumbing to depression he brought forward plans for The Rite of Spring. As might be expected, the recording of the album was undertaken at different times and in different locations. Not that this is evident as the album is cohesive and works exceptionally well.

By the time we reach Sing The Sun it is abundantly clear that The Rite of Spring is not merely a retreading of Toadstool Soup, and is more a mysterious and ambitious companion. Firmly establishing this is the album’s title song, and although not related, I found it difficult not to conjure thoughts of the three epic The Lord of the Rings films, I suppose borne from Tolkien’s detailed storytelling, brought so vividly to life by Peter Jackson. Add to this, the oft dark, mysterious landscapes and of course the evocative music. In similar fashion, Davey’s storytelling on The Rite of Spring is absorbing and full of intrigue. On a final note here, much like the films, a far greater experience is to be gained by listening to The Rite of Spring from start to finish. The sum is greater than the parts comes to mind.

The music, instrumentation and the whole band are on board with this, as the music so compliments the narrative. Apart from the previously mentioned whistles and vocal, Davey’s main weapon here is a custom made octave mandolin. Along with its extended range, the instrument is taken through a range of effects that give the music its mysterious tone. Modulation and delays might be expected, but perhaps not the distortion, which is used very effectively to create some of the dark drones, something bassists Daniel Billing adopts to good effect. As mentioned previously, Gillie Hotston’s violin is sublime throughout, weaving its way through the music with consummate ease, whilst Colette DeGiovanni’s vocals are sweet and blend wonderfully with Davey’s delivery. In fact, all the musicians contribute immensely, often sparingly and subtlety, but their absence would, I suspect, have made this a poorer recording. Kudos to all…

Finally with the ongoing easing of restrictions and the more promising and imminent return of live music, let’s hope that Davey and ensemble finally manage to deliver live renditions of both Toadstool Soup and The Rite of Spring to an audience. Here’s a little taster of what you might expect to see and hear…

The Rite of Spring is a hugely atmospheric release and a great sequel to Toadstool Soup. I eagerly await where the next album will take us…