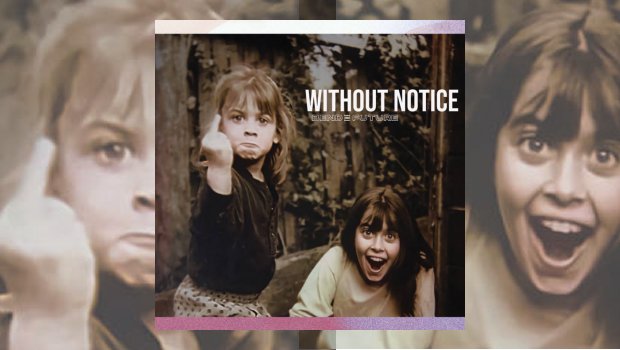 Bend The Future – Without Notice

This lot are new to me, a Swiss band who were formed in 2019 by multi-instrumentalist Can Yildirim, and Without Notice is their second album, I believe. Bend The Future are an interesting blend of progressive rock and jazz with Eastern European stylings appearing here and there, and there is plenty to hold one’s attention across an old LP’s worth of tunes. Much of the jazzy leanings are a direct result of the two sax players, Pierre-Jean Ménabé (alto) and Nemo Pawlowski (soprano) who weave a very French sounding melodic thread through many of the pieces here. The guitar (Can Yildirim) and keyboards (Samy Chëbre) tend to provide the rockier side of the band’s personality, and together they conjure a musical palette which works pretty well.

Album opener Lost In Time is perhaps the least representative piece on the album. It is the only track not written by Yildirim, but by recording engineer Matthieu Budin. It has a strident piano riff which propels the song throughout, and the saxophones play a supporting rather than lead role. It is a rocky ride, with some great and distinctive guitar playing, crisp drumming from Piel Pawlowski and urgent bass from Rémi Pouchain. The striking piano reminds me of Matthew Parmenter in style, and this has to be the least jazz-tinged piece on offer, and an energetic start. As We Parry follows, and is much more in keeping with the flavour and texture of the majority of Bend The Future’s material. It is more laid-back, with a relaxed jazz atmosphere, the saxophones leading the melodic flow in a much more dominant way.

Merely announces itself with up-tempo drums and a frantic jangly guitar riff whilst the saxes play the half-speed melody, a rhythmic device which works well here. The vocals are indistinct but compliment the general sound, the whole piece surprising as it twists and turns in unanticipated directions. Half way through the piece collapses into a semi-ambient mood and drifts towards a conclusion with languid lead guitar reminding me of Television for some reason. We Aim Higher follows and is the longest and most complex track so far, meandering at a steady pace in a rather Crimson-esque manner but without the menace the veterans often conjure. Nevertheless, it is a stirring exploration with rock and jazz passages, and guest vocals from Ananya Panwar, whose contribution has the same kind of sound that Maschine use when not full throttle on the metallic side of things.

Bringing the mood down a little, we have a couple of gentle interludes, melodic and pastoral instrumentals in Miniature and Mus, both underpinned with textural guitar and piano, and coloured by the sinuous saxophone stylings. Miniature features delicate semi-acoustic guitar, gently probing sax and deft cymbal splashes, whilst Mus continues the wistful mood, like a gentle shower of rain with softly tinkling piano. The title track completes the set, and at first sounds like a companion piece to Mus, but gradually gains in intensity and takes a darker more ominous tone, again recalling Crimson in mood, but in a restrained way. They threaten to let loose, and you almost want them to throw caution to the wind and let themselves go, but they are too disciplined and hold it all in check, leaving you wanting more.

So, all in all, a very promising album. It is quite short at 40 minutes, and I could have happily sat through another ten minutes or so, but better to have quality than quantity every time. My only real criticism, and it’s not very important, but the cover is weird. Yes it’s an amusing photograph, and made me laugh, but what it has to do with the music completely eludes me, and that rather annoys me. There, I told you it wasn’t very important. Anyway, I’d recommend checking out Bend The Future’s Bandcamp page, because this is one very enjoyable step on their musical journey, and they’ve only just started.