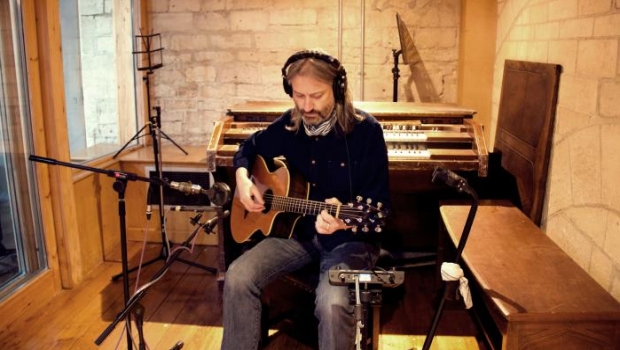 The whole world is turned upside down and the pandemic has had a huge impact on the world of entertainment as well.

Much has changed since I last spoke to Greg Spawton, founder, composer and bassist of Big Big Train, more than a year ago. The band was about to conquer the world, the breakthrough to a wider audience seemed imminent. They had just released Grand Tour, their best album to date, finished a successful first (mini) tour in the UK and unveiled plans for a new live album, as well as a first European and American tour. And to top it all off, the announcement of a new studio album for which recordings would start at the end of 2020.

How different the world looks now, a year later…

First of all: how are you doing personally, how did you get through this past period?

Personally speaking, it’s been just about ok. I haven’t had much time for songwriting in the last 18 months, so, with all of our live plans falling apart, I threw myself into that. And whilst I felt a bit stir-crazy at times, my wife and I were extremely lucky to chance booking a holiday in Naples in September. We timed it just about right and were able to get a break, which was much needed. We are all too aware that other people have had a much harder time of things.

Your mate David Longdon has recorded a beautiful album with Judy Dyble, who sadly passed away much too soon. Have you considered doing something similar, solo or with others?

I’m actually the only BBT band member without a solo release now and that has got me thinking. I do have some plans and have put together the core of a solo project called Germander Speedwell. I hope to get around to that in the next year or so, but BBT is currently my priority. 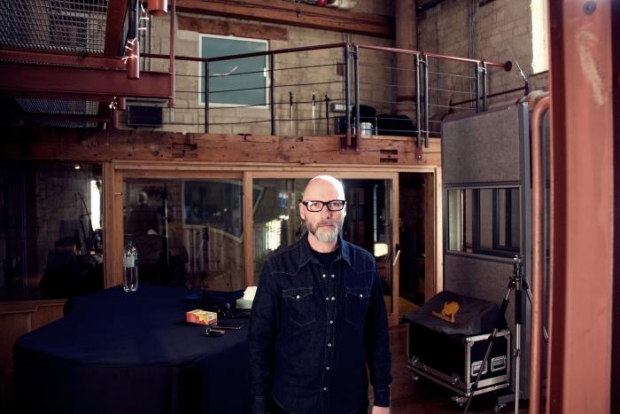 Unfortunately, the European tour had to be cancelled, in a number of cases it is still unclear what will happen with the cancelled dates, among others in the Netherlands, can you shed some light on this issue?

Life has changed considerably for us in the last year or so with regard to how we organise and book tours. We are now signed to a booking agent and they are liaising with promoters to organise our future touring plans. The gig in the Netherlands was heading for a sell-out so we have made it clear to our management that we want to make sure we get to the Netherlands as soon as reasonably possible. I think that is likely to be in 2022 rather than 2021 though.

“Money’s too tight to mention”, Mick Hucknall once sang. What’s the financial status at BBT currently, no income from gigs, but salaries have to be paid and (studio) costs that precede benefits. Are you still okay, financially?

As a touring band, it is extremely expensive for us to put on shows and so our two planned tours in 2020 would have cost us a lot of money to put on. But they would also have generated a lot of income and we had plans for a recording workshop in the States which would have given us an EP to release and a lot of profit. Unfortunately, all of this came to nothing and, with no releases, our income stream dried up and our turnover (which is important for any business) collapsed. And, as you say in the question, studio work requires a huge amount of advanced funding which we were struggling to find. There was just one thing that saved us. Our web manager, Steve Cadman, had this idea to design a BBT Passengers Club offering rarities and behind-the-scenes exclusives in return for an annual (or lifetime) fee. Without that Passengers Club income, it would have been almost impossible to keep going. And even with that income, it’s been an extremely difficult summer and, being blunt, there have been times when I got close to calling it a day. Thing is, what else would I do though? BBT has been a life’s work for me and I don’t want that to end when we have more music to make.

The band has taken quite a few hits recently with the departure of guitarist Dave Gregory, violinist Rachel Hall and keyboardist Danny Manners. You announced the arrival of two new members: guitarist Dave Foster and keyboardist Carly Bryant, albeit only for live shows, a new violinist is also on the way. A deliberate choice not to include them as permanent members?

Carly Bryant and Dave Foster are both extraordinary talents and lovely people and we can’t wait to play some shows with them. We have included performances from them both on a number of songs on our new album, so there isn’t a strict studio band/live band divide. But, we think with any potential new band member it’s a process of getting to know each other both musically and personally and so it is good to take time with things and get some shows under our belts before talking about the band’s permanent line-up evolving. That works both ways as well, I am sure Carly and Dave want to properly check out what they may be getting themselves into!

What are your mid-term thoughts on touring, do you think we can ever return to ‘normal’ conditions?

I think so, slowly at first, but hopefully with more confidence moving forward. The problem is that whilst the health situation is relatively well understood, the economic damage is yet to really hit home. So, I worry that even if people feel confident to get back out and attend gigs, they may not have the financial means to buy tickets and spend money on merchandise. Making a living in the music business requires a lot of things to work together: income from CDs vinyl and downloads needs to be combined with income from streaming, merchandise and gigging. If any of those income sources fails, it can fall down like a pack of cards.

Trading Boundaries and other smaller clubs have been busy organising small-scale, intimate concerts, often in an acoustic setting. This seems ideally suited to a band like Big Big Train.

Maybe at some stage, but our booking agents are rightly suggesting we move in the opposite direction, to larger venues where we can put on a bigger show. If that stacks up financially (and, as mentioned, that depends on the economic situation), then that is what I am drawn to. My main role is as a songwriter and the thing that drives me on is that I want my songs and the songs of my band-mates to be heard by as many people as possible. If we can scale things up without compromising the music we want to write and perform, then that is the ideal situation for me.

The new live album is a true triumph, I was one of the lucky ones who were able to attend the London gig at the time. You are increasingly gaining strength live and Empire is tangible proof of that. How do you look back on this exciting period in your life?

There have been a few moments in the band’s career where there have been ‘coming of age’ experiences. Loreley in Germany was one of those and the UK tour was another. It was our first proper tour, ferociously complicated and stressful for all involved, but also incredibly satisfying when we pulled it off. Of course, with Dave, Danny and Rachel all leaving this summer, it’s bitter-sweet as well. We were unsure of whether to invest in filming a show on the 2019 tour but I am so pleased that we decided to do so as it captured us at the end of a particular stage in our career. We are now fully invested in moving forward and freshening things up.

At the time of the release of Reflectors of Light, I had some criticism in particular on some of the video aspects. I’m not that arrogant to think you have listened to me but Empire is miles ahead of Reflectors, in more ways than one. What are the changes you have made, was it only the choice of location that played a decisive role?

We are hugely grateful to all of the film-makers we have worked with over the years. For Empire we decided for the first time to commission a film from Toward Infinity who are specialists in the field of concert filming. The director, Tim Sidwell, has considerable experience in filming gigs and made a really excellent concert movie. Tim has managed to get the viewer almost on stage with us, so it’s quite an immersive video. The other strong feature is Christian Rios’ films which were projected onto the screen at the gig. Tim has incorporated these into the Blu-ray in a very clever way.

Rob Aubrey is regularly praised by you and even mentioned as the eighth member of the band, his work for the audio part of the new release is once again sublime, especially when you consider your complex sound and the number of musicians on stage. How important is he to you?

It’s a really stressful gig for the soundman and crew! Rob did an amazing job, as did our PA tech Dave Taylor and monitoring engineer Ben Jude. One of the music journalists and writers spoke to me after the show. He said that the sound in Alive, the first song we played, was so good it made the hairs stand up on the back of his neck. 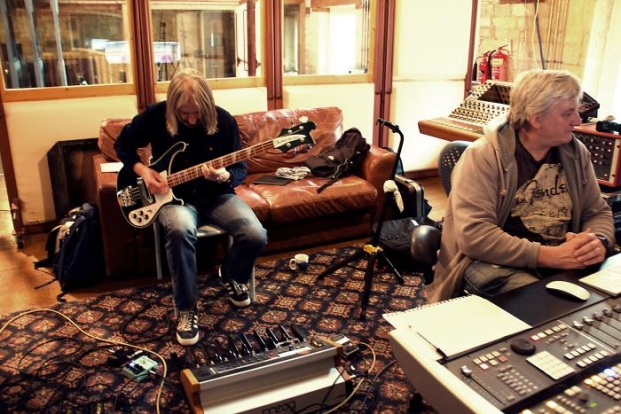 A year ago you already announced a new studio album, I understood that you are on the verge of starting recording sessions, scheduled for November and December. Can you tell us something about that? When can we expect its release and do you have any further plans at the moment?

We have been recording our parts remotely for many years and, again, in the spirit of freshening things up, the plan we had was for the four band members to get together all in the same recording studio and record the album in the room together. So, in the summer, we booked Real World for a week in November and kept our fingers crossed that the world would have opened up again by then. Unfortunately, Nick and Rikard couldn’t get over to England, so me and David went into the studio and recorded our parts there, and then Carly and Dave joined us for a couple of days. Nick is recording at Sweetwater and Rikard is doing most of his recording in his own studio. We should be finished by the end of 2020 and we are mixing in January and February. We expect to release the album in June 2021. It’s not a concept album, but the overall theme is about the connections between people. There are two or three of our story-telling songs but also some personal songs this time. It’s hard to be objective right now but I think it is going to be a beautiful album. As for other plans, we have been working on a two CD re-issue of The Underfall Yard album. That will be out in March. Hopefully some shows in July too.

Finally, is there anything else you would like to say to the readers of The Progressive Aspect website?

I hope everyone is hanging on in there and we look forward to spending some time with listeners when society opens back up again and we can play some gigs.

Greg, thanks once again for your cooperation, I also speak on behalf of our readers. I sincerely hope to see you back on stage soon, and am already looking forward to the new studio material. Hope to speak to you again about the new release. Take care, stay healthy and see you soon.