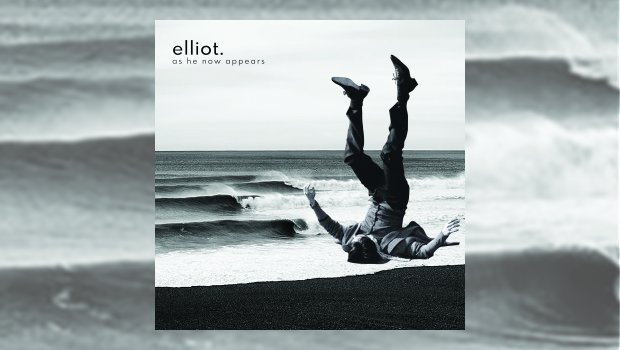 elliot. – As He Now Appears

We are the sum of our experiences. Who we are today is different from who we were, and who we will be. I had nothing to fall back on when listening to elliot.’s debut release under his own name, so I could well be off the mark, but this album seems to be a collection of tracks that trace moments in time, over time. In my mind, each represents Elliot Nelson as he appeared, presumably cultivating in the opening title track. Yet even this will now be in the past, and elliot. may now appear as someone else. In as much as the album seems to be an aural representation of how elliot. feels at any one time, it is unsurprising that it comes across as somewhat introverted and introspective. But that, for me, is half the attraction of As He Now Appears. 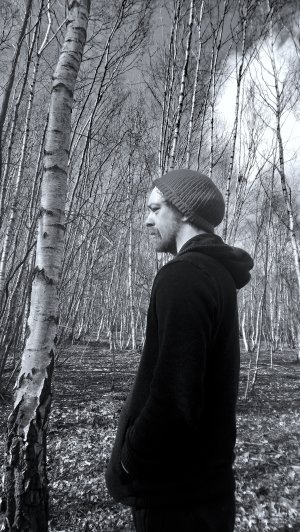 Previously, elliot. has recorded as part of Honeytone Cody, and more relevant to this release, as The Wolf and The Ape, who created new music for old silent films, and while the music of elliot. may be different, that cinematic feel is retained. Indeed, on more than one occasion, elliot.’s soundscapes could easily be soundtracks. In a way, if the album does propose a series of vignettes of how elliot. has appeared, then it wouldn’t be far from truth to call this a soundtrack to his life – or, at least, the portion of his life that he recorded these tracks. It does feel intensely personal at times, almost to the point where listening seems strangely voyeuristic. Am I being too sensitive? Probably, and yet this album seems to be about just that. We are all sensitive to the environment we are in, the people we are with, and we change accordingly. We are who we are in that moment – as we now appear.

But enough waffle – especially when it is all conjecture on my part and quite possibly (let’s face it, probably) not even what the album is about anyway! The album begins, as aforementioned, with the title track. It has an ambiguous introduction – is it ominous or optimist? This question is soon answered, and it’s the latter. The undertone could still go either way, but the delicate melody played on top is far too pretty to signify anything malicious. It’s an absolutely brilliant way to open the album, inviting and intriguing.

The calm and relaxing feel of As He Now Appears may have lulled me into a false sense of security, though. Crusade of the Marionettes, by its title alone, sounds like it is a far darker affair. A crusade conjures up the idea of a doomed quest to me. It all goes back again to the idea of change, I guess. A crusade is normally undertaken to effect change of some sort, and more often than not, crusades seem to not go as planned. Given this crusade is undertaken by marionettes, that doesn’t seem greatly surprising, as it implies that those undertaking the crusade have been duped into doing so. Certainly there have been a fair few marionettes crusading in recent years, and it can be horrifying to watch. Crusade of the Marionettes is bulging at the seams with barely restrained aggression. The previous number may not have been malicious, but this one sure seems that way. 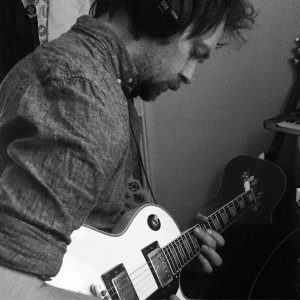 I absolutely love Crusade, but it’s a glorious relief when Land of the Forgotten kicks in, with a quite beautiful and ethereal vibe, reminiscent of Radiohead. It’s all too short, and that’s my biggest gripe with this album. Some of these tracks could easily be far longer. Land of the Forgotten could do with being at least twice the length it is. But I’ll take what I’m given, and it really is a lovely piece. But if Land of the Forgotten is reminiscent of Radiohead, then the following Cats and Otherwise is Thom Yorke’s soundtrack for Suspiria. At least this track makes up for the lack of length of the previous, and maybe because of this, is my favourite track on the album. Even though all the numbers are quite minimal in sound, they are also quite expansive. Give a piece room to breathe, like this one, and the end result speaks for itself.

Pierrot, the tragic clown, has been appropriated by musicians many times over the years (perhaps most notably by David Bowie). This Pierrot seems more about the eternal innocence and naivety of the clown, rather than his sadness, and any melancholy is offset by the rhythm – particularly in the second half of the song, which is almost upbeat. If ever a song without lyrics were able to project the sense of a glass half full, it would be this one. I have always attempted to view the world as a glass half full, and I have also frequently been called naïve. Perhaps I am Pierrot, too? If I am, I’m happy with that. 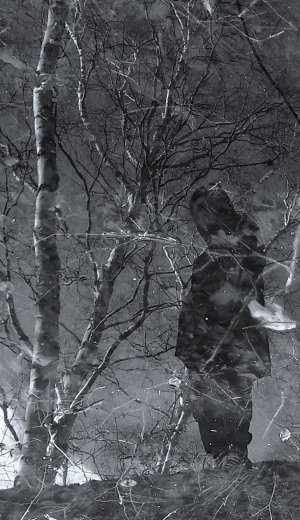 Internally Set to Zero, on the other hand, might well be the same glass, but now half empty. The acoustic guitar melody sounds quite fragile. It’s another quite beautiful piece, that could do with being a little longer. It’s also a good deal more ethereal sounding than The Ethereal Ballon which follows. In fact, The Ethereal Ballon is probably the least ethereal track on the album, in no small way because of the percussion. There are hints of aggression, before the piece resolves itself in the last half, and finally presents a couple of sparse ethereal notes. Percussion plays an even greater role in God’s Pythons, which is predominated by drums that sound like they’re echoing through an abandoned warehouse or other large industrial space. It’s the most unique-sounding track on the album, and it’s creepy, eerie, and simply wonderful.

The final three tracks are no less impressive, and no less affective. I’m a particular fan of The Black Dot, and the Tim Burton (or, rather, I guess Danny Elfman) vibe of Beach Waltz is completely enchanting. But by now, if you’ve got this far (either reading this review, or listening to the album), there’s really no need to continue a running commentary. This album works, because even at the times it is somewhat unsettling, it is still appreciable. Because this album is human, and it evokes empathy. It speaks of change, and of what we are. As we now appear. I love this album, and I very much hope it is not a one-off. Highly recommended.

MUSICIANS
All music written, performed and produced by Elliot Nelson