Unleash The Archers didn’t make it easy on themselves with this record. Writing the second half of a continuing concept is always a challenge, especially when the first volume was a breakout success like 2017’s Apex. It’s a scenario that has caused many acts to stumble over the years; the risk of either playing it too safe and creating a stale carbon copy of what came before or going too bold and risk alienating the ones that loved it. Unleash The Archers handles the situation expertly, crafting a nuanced album that retains the character and fire of Apex and simultaneously expanding into intriguing new sonic realms.

For those unfamiliar, Unleash The Archers is a heavy metal band from Vancouver, British Columbia founded by vocalist/lyricist Brittney Slayes (aka Brittney Hayes) and drummer Scott Buchanan in 2007. The current line-up solidified in 2013 and they were signed by Napalm Records who released the already-produced album Time Stands Still (2015). Their earlier albums were a mixture of power metal (both the Euro and American varieties) and melodic death metal, but with Time Stands Still the influence of classic 1980s heavy metal like Iron Maiden, Judas Priest and Dio became more prominent. This balance of sounds came together perfectly on Apex, a record that demonstrated a quantum leap in maturity and songwriting from what had come before. It was also an album that got a significant amount of exposure from a viral music video for the song Awakening which has garnered nearly 10 million views on YouTube.

Abyss is structured in a similar way as Apex, each song functions as a chapter in the overall story and all the songs are sung in the first person from a few different vantage points. The science fiction-themed plot is intriguing and I won’t spoil it for you here. I do highly recommend listening to Abyss as a whole; while all the songs are enjoyable on their own it’s definitely an album that benefits from hearing it in context as the band intended. Grab a good pair of headphones too, because Jacob Hansen’s production work on this album is stunning.

Waking Dream essentially functions as a progressive rock overture, providing a slow dramatic build-up that begins pensively with just vocal and guitar and then applies myriad instrumental and vocal layers with each iteration of the refrain. It also contains a key melody that will reappear later in the album. The title track introduces itself with a prominent synthesiser line, a new instrumental element for the band (always an act of bravery when you work within the change-averse heavy metal genre) which pays off beautifully when combined with the harmonised lead guitars. It’s a powerful, driving gallop number that hooks immediately with an authoritative swagger and a refined melodic sense. The overall sonic scope is infinitely larger than Apex, courtesy of layer upon layer of meticulously-arranged vocal and guitar tracks. It also has the first of many infectiously memorable choruses.

Speaking of which, I believe that Faster Than Light will need to be surgically removed from my brain. It’s a deliriously fun power metal burner akin to Awakening, in a more concise, punchy format. That chorus is really something else though, rousing enough for a film score, it was an obvious choice as one of the singles from the album. Soulbound, another advance single, strikes pay dirt as well with a more aggressive stance and some harsh vocal accents by guitarist Grant Truesdell (an element used sparingly on Abyss, showing up on only three tracks). And speaking of guitarists, Unleash The Archers has an expert tandem with Andrew Kingsley and Grant, they have all the requisite technical chops for these challenging arrangements but what makes them truly special is how melodic their playing is, always serving the emotion of the song, never descending into shred-fest territory.

Another new aspect to Abyss comes courtesy of a pair of finely-wrought power ballads. Through Stars and Carry the Flame may give pause to the more aggressive contingent of their fanbase, but these tracks advance the emotional impact of the album and also their slower pace provides needed contrast in an album chock-full of briskly-paced burners. Both songs give Brittney the opportunity to explore different vocal aspects and the latter track features a duet with Andrew Kingsley.

The centrepiece of the album is Legacy, it’s the emotional core and also their most impressive, affecting arrangement to date. The song is a rhapsody that eschews traditional song structure in favour of a linear approach that keeps the momentum pushing forward throughout. Introducing itself with a simple infectious pop melody it then explodes into a glorious wall-of-sound arrangement that’s supremely moving even before the vocals enter. The underlying rhythmic structure is derived from black metal, with alternating blast beats and pummelling double-bass and then atop is layered a cornucopia of guitar tracks, so dense that it approximates a Mellotron. Legacy is a tour-de-force for Brittney, the constantly shifting layered vocal harmonies creating an otherworldly experience, with each new section intensifying the emotional connection. I know I haven’t heard another song in 2020 that comes close to the power this arrangement holds, it’s a truly brilliant song and I cannot wait to hear how the band builds upon this foundation in the future.

The latter half of the album is more closely aligned in sound and spirit to Apex. The blistering Return To Me is the most aggressive, teeth-gnashing number on the album and should make for a killer live feature. There is also a pair of expertly-conceived epics in The Wind That Shapes the Land (another career highlight) and the emotional finale Afterlife, which reintroduces the melody heard on Waking Dream and brings the album to a satisfying, full-circle conclusion.

Abyss is an impressive achievement and it’s easy to hear how passionately Unleash The Archers approached it. The level of detail put into the writing and arrangements is apparent and the result is an album that feels so much larger than the sum of its parts. Abyss elevates Unleash The Archers to the upper echelon and it’s easily one of the most fun and impactful albums of 2020. 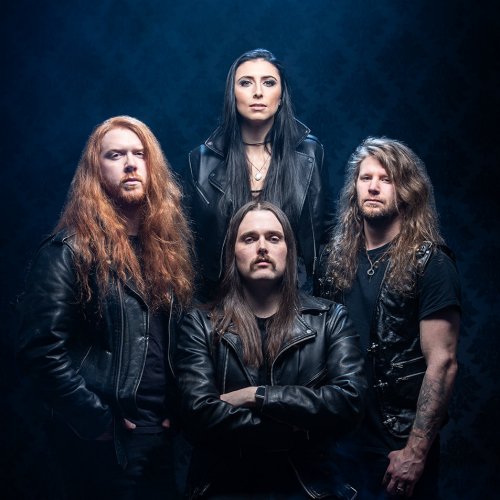