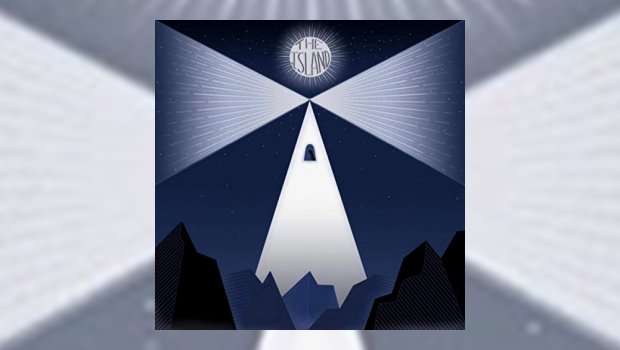 If you google Echorec, apparently it’s some kind of guitar effect pedal. Well, it could have been worse, they could have called themselves Wah Wah. Anyway, this Echorec are a young trio from the West Country, and The Island is their debut album, and quite a precocious beast it is too. I’m always slightly suspicious of the dreaded concept album. Some are classics, and others are, well, best forgotten shall we say? It would be a great pity if this release was overlooked because it is a very accomplished album from a promising band.

The storyline documents the voyage of self-discovery of a teenage girl from a broken family, and I have to say that it is a moving tale both lyrically and musically. There are loads of memorable hooks, some lovely melodies and great musicianship. Even the shorter songs, like Darling, I has so many ideas crammed in it brims with interest. Julian Kirk plays both keys and guitar, so the band rarely sound like a trio, and his laconic drawl makes for an original vocal delivery. He occasionally reminds me of Casey McPherson in style, which is quite a compliment, but deserved. Musically, I’m not sure who they sound like. There are moments that bring to mind Maschine, there are elements of Rush put in a blender with Radiohead, and seasoned with Beardfish, but no comparison really helps convey their true identity. The music is all about the songs rather than any overtly clever musicianship. For the most part, melodies trump improvisation.

Perhaps the lengthy closing track The Lamb Returns is an exception. Given that the average length songs have more twists and turns than a slalom course, this journey is chock full of different time signatures, moods and themes, and it takes a few plays to begin to unravel it all, but it’s time well spent. If the idea of a seventeen-minute epic doesn’t thrill you, all I can say is it seems to slip by in half that time. This is no prog-by-numbers hackneyed epic, this is simply a song which takes that long to say what it needs to.

I should say that despite the lack of flash musicianship, these guys are very capable and there are some deft touches from all concerned. Brad McGinty’s bass is assured and has real gravitas where required, and Jake Aubrey’s drumming is excellent throughout. It is the songwriting which carries the whole album though, and Julian Kirk’s songs seem to be rooted in piano melodies which haunt this work, coloured by the heartfelt singing which at times is achingly lovely. The penultimate song, Seasons Change illustrates this beautifully, a straightforward ballad with lovely words: “I know just what it means, to be strung out and 17, how did I get to 23?”.

So, a band sounding mature beyond their years, and a debut album to be proud of, which bodes well for their future, and the future of progressive rock in general.