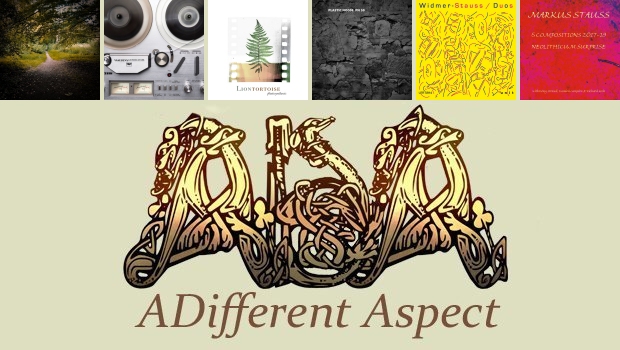 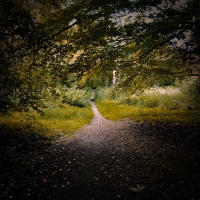 Neil Campbell’s first ‘solo’ musical offering since the somewhat prophetic trilogy of releases, The Outsider – News from Nowhere, After The Flood and Last Year’s News, released between 2018 and 2019, which aimed to explore “…the idea of how the world might be re-organised more equitably and ethically following some kind of large man-made catastrophe or natural disaster…”. Food for thought? Despite the ominous premise of those releases, the music remained uplifting and with an air of optimism.

Similarly this latest offering from composer and multi-instrumentalist Neil Campbell, released on the 1st April 2020, is guaranteed to brighten up the gloomiest of days. The Forest Dwellers EP features four superbly crafted acoustic tunes. Bright, breezy and surely a brief respite to the woes of the current lockdown – and if that isn’t enough Neil has generously offered the EP as a free download (or should you feel generous, “name your price”).

Those familiar with Neil Campbell’s discography – enjoy! For those who have evaded his twenty plus releases so far, then The Forest Dwellers offers a brief snapshot of what you might expect to find, albeit the tip of the iceberg. Neil’s fluid guitar work is evident from the outset as we set off, at First Light, on this brief rural journey; shades of Gordon Giltrap in the lively Morning Dance; If, a more reflective moment; whilst the redolent Acorns concludes the EP eloquently. 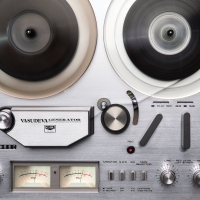 New Jersey trio Vasudeva released their third full-length album on 10th April 2020, around the time planet E was gripped in the midst of a global pandemic. Talk about bad luck, although in some respects Vasudeva had, at least, the benefit of a captive audience 😉 – just a shame that much of the focus was concentrated elsewhere.

In truthfulness the info on this new release had sat in my Inbox for quite some time, finally and what sparked an interest in Vasudeva’s third full-length album, Generator, was getting around to clicking on the link to the band’s Yamaha video/single (sent by Prescription PR). Immediately uplifting and vibrant, Yamaha is complex, but still rests easy on the ears, a vibe the guys manage to maintain across the entire album. Vasudeva’s busy and bustling rhythm section allows the music and specifically the guitars, to weave an intricate whilst enjoyable sound.

A quick dig into Vasudeva’s biography reveals a common liking for a few bands that I’ve stumbled across and enjoyed in recent times – LITE, CHON, tide/edit, so logical that Vasudeva might tick similar boxes. The band seem to be loosely tagged as post-rock, whatever that means, or implies, although I have to say in recent times an increasingly plentiful source of great music.

Track of the week goes to – watch the video… 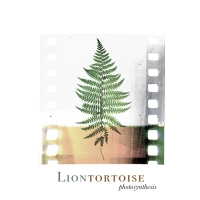 Denver based, instrumental quartet Liontortoise who released their debut EP, Photosynthesis, in January this year and according to their Bandcamp bio, “brings musical influences from progressive metal, jazz, and post-rock to create a tasteful listening experience.” Two of the three pointers are familiar to me and I’m slowly getting my head around this post-rock tag. Multi-textured and experimental by nature, complex, but not overtly so, whilst paying homage to past traditions.

And if I’m right the Liontortoise’s V3 is a prime example. From the opening choppy rhythm, the band immediately establish a groove and then quickly introduce a catchy themic melody. Mid point there’s a change in dynamic, which gradually and rather sweetly returns us to the start.

The title track follows a similar route, with its solid rhythm, quirky punctuation, instrumental hooks, whilst the middle section here is a time get the complex box open. Lighthead looks to add a further dynamic with a massive slow burning crescendo. As this is and ADA, I’ll draw to a conclusion and simply say there’s much to discover on this EP.

Jostling with Vasudeva’s Yamaha from pole position, Liontortoise’s V3 is my track of the week… 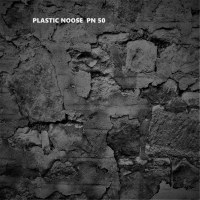 Like so many self-employed musicians, Alan Emslie finds himself unable to undertake any live performance or studio work during the current lockdown. So as not to remain idle, he has concentrated his efforts on the release of PN50, which brings together remixed versions of selected tracks from all four Plastic Noose albums – a kind of “best of” if you will. However, mindful that many will be struggling financially and splashing out on new music, not a priority, he has made the album free to download during the latter part of April and throughout May 2020.

Plastic Noose reflects the darker, industrial and heavier side of Alan Emslie’s output – packed with raw, bludgeoning venom, grinding detuned riffs, but combined with a crafted mix of electronica, prog, classical, avant-garde and subtle ambient textures. Curious? Take a listen to the Snowman video linked below.

On the surface, and if you only wade into this album with brief, cursory “clicks” of the tracks, then you are NOT going to get the music. PN50, as with all of the Plastic Noose catalogue, gradually reveals itself the more you immerse yourself in to it. It’s not an easy listen, well life’s not easy, as we have all recently discovered, however once you embrace it, it soon starts to unearth hidden rewards.

For those who fully embrace those areas of black metal, industrial metal then tread without hesitation, however those not so sure what PN50 might hold for them, can I suggest a listen to Suicidal Crisis. Sounds cheery I know, however this slow burning, sixteen minute epic is truly inspired and features regularly on my “end of day” chillout time… 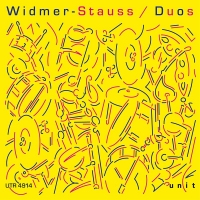 Duos is the latest collaboration between Swiss musicians Markus Stauss (tenor, soprano saxophones & flute) and Jacques Widmer (drums & percussion) and continues their fruitful partnership, which stretches back to the early 80s. This latest release, as the title implies, features a our two instrumentalists performing a free form, experimental jazz adventure. That said it simply isn’t possible to summarize the music here.

So… if you look at the album work, what do you see?

Let’s subtract the artist and title. First glance – red and blue squiggles on a yellow background? A couple of seconds later – smiley faces, oh and drum and cymbals. Now I see saxophone keys on a lever system, or are they from a flute?

So is there a point to this I hear you ask. Well on the surface Duos may well come across as a cacophonous and incohesive noise, however the longer and deeper you listen, the more there is to discover. As to whether or not what you unearth will appeal is another matter.

Not the easiest of listens, but… 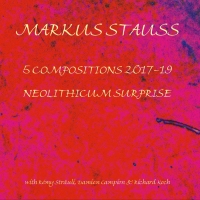 Arriving with the Duos album was the 5 Compositions 2017-19 & Neolithic Surprise CD, also released in 2019 and from the Markus Stauss stable. 5 Compositions… can be split into two distinct parts. Tracks one to five are studio recorded, ensemble tracks, with Markus (saxes), Richard Koch (trumpet), Damien Campion (bass) and Rémy Sträuli (drums). The remaining seventeen tracks that comprise 5 Compositions 2017-19 & Neolithic Surprise date back to 2004 and features Markus on bass saxophone, percussion and electronics loops.

Recorded over a two day period in Basel, 5 Compositions…, captures the four musicians feeding off each other in varied set. Highlights include the fiery a september tune, with Campion and Sträuli laying down pulsating and ever undulating backdrop, allowing Messrs Stauss and Koch to fuse or stretch out as takes their fancy. a symmetrical scale on the other hand is more reflective piece and a fitting conclusion to part one of the CD.

As mentioned above “part two”, Neolithic Surprise, is an older recording made up from a collection of pieces ranging in duration from a few seconds to a couple of minutes. With a couple of notable exceptions – Improvisation B1 and for Jean – this latter section is either contemplative, provocative and enlightening, at one end of the spectrum, and/or a series of clanking percussion, miscellaneous squawks & squeaks, and electronic tomfoolery, at the other.

No audio or video available