sleepmakeswaves – These Are Not Your Dreams

Has anything gone to plan this year for sleepmakeswaves? What was meant to be an EP trilogy released in February, April and May is now three EPs being released together in mid-July – with the first two parts available to stream since March and June, respectively.

Added to that, the band revealed that another reason for the delay was due to guitarist Otto Wicks-Green requiring two-weeks’ quarantine before all the music was written. Also, an Autumn tour of Australia is now pushed back to 2021. Similar problems have plagued every other band too, but it seems more tangible for the Australian post-rockers as it all hit as the project was being released. It seems anything 2020 had to throw at the band, it did.

So, with so many obstacles to overcome, how has that impacted the final product of These Are Not your Dreams? 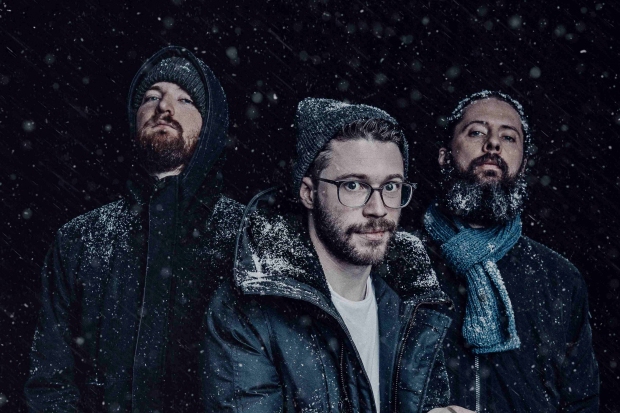 The band’s fourth album and the follow up to Made of Breath Only (2017) is a trilogy magnificently told – each of the three movements has a distinct identity and character and within these the band push the limits of their post-rock sound to the furthest limits of the genre’s spectrum, while still managing to blend the progression from segment to segment. SMW stretch their sound by experimenting with post-metal blast-beats in the epic opening track, ‘The Endings That We Write’ and by exploring the relaxed avenues of ambient sounds in the title track ‘These are not your Dreams’ to close the trilogy.

SMW have also pushed the boundaries of the format they are most well known for: the addition of vocals on four tracks makes a strong change in direction for the three-piece (they used vocal samples in 2017’s ‘Hailstones’, but with this release vocals are a lot more present). And yet, it doesn’t strip the band of its identity – their website jokes that they write ‘love songs about delay pedals’ and that’s exactly what they still sound like.

The utilisation of lyrics is simultaneously catchy and thought provoking… Wicks-Green’s smooth falsetto sings in ‘Cascades’:

You and me, what’s left of the endings that we write?
they became the oceans and the sky.

The vocals work as often they would in progressive rock and in post-rock: not as the core of the song, but as another instrument, building the song as it needs to.

No Safe Place I feel sets up the trilogy perfectly – with four tracks well in line with what we expect sleepmakeswaves to make, although the epic opening track, ‘The Endings That We Write’ , gives a hint of what’s to come.

‘The Endings That We Write’ is atmospheric, euphoric, and musically huge (and I don’t mean the running time). Much like the album, it is a journey of movements – undulating from an intro that is as heavy as hell and laced with drummer Tim Adderley’s  blast-beats that belong in a death metal track more than a post-rock album opener but still fit perfectly and then into calmer moments, such as a light trumpet in the background evoking the city at night time in the cover art.

As the song resolves itself, founding member and keyboardist Alex Wilson serenades us into the next track, ‘Batavia’ with a haunting and ethereal piano outro.

‘Batavia’ is more upbeat with big, almost chugging, breakdown that foreshadows much of the next EP which venture more into the sphere of metal. At the same time, ‘Time Wants a Skeleton’ is mellow and the perfect harbinger of what to expect in the final set of tracks, Not an Exit, before ‘Cascades’ rounds the EP off. ‘Cascades’ boasts big tremolo and delay pedal-heavy guitar lines are emblematic of the sleepmakeswaves sound and these transition to a new vocal hook that serenades us out – is this a subtle message that the band intends to be more vocal-led in the future?

From ‘Pyramids’ we’re treated to pummelling drums, raucous, overdriven guitars and ‘Zelda’ brings in big, romantic vocals. Things calm down in ‘Menthol’ – as its name implies is a refreshing track and upbeat piece which reminds me a lot of the instrumental progressive rock of Scale the Summit tunes.

‘Embraced’ slows things down further with glockenspiel harmonies working with elegant guitar melodies and we are treated with the return of Otto’s falsetto vocal lines. The guitar parts are still big, but it’s all a lot more harmony and melody driven with a big drum climax before the song calmly resolves itself, and with that the second EP.

Not an Exit is the shortest of the three EPs as it is much simpler in scope. Listeners have burnt off their adrenaline and left the progressive rock/metal territory and now the journey unwinds through an ambient soundscape.

The more chilled approach in the final chapter of the trilogy allows the band to pivot to a more conventional song structure in the ballad ‘Serenity Now’, the only vocal-driven song on the album. Lofi Nylon also makes extensive use of vocals, but those are heavily drowned in effects that they work more as a riff.

In stark contrast to how the trilogy began, These Are Not Your Dreams rounds off the album with a mellow send off, although my subjective taste finds it a little underwhelming for the title track.

These Are Not Your Dreams is a well-thought out project and is executed superbly – the obstacles 2020 threw at the band seem hardly to matter. Listeners are taken on a journey of different elements of post-rock and their fan-base will no doubt gravitate to their preferred segments.

Each of the band members deliver a masterclass of their instrument – Winks-Green’s guitar parts are emotional and intense, his riffs are able to batter listeners; Wilson on keys and bass provides a strong spine and Adderley embellishes with some fantastic drum fills.

For me, the album peaks in the transition to Out Of Hours – ‘Cascades’, ‘Pyramids’ and ‘Zelda’ have so much energy that for me there’s no doubt that this is the climax of the journey and ‘Serenity Now’ is the perfect chaser to unwind to after the experience. Others will better enjoy the calming effect of Not An Exit in its entirety.

sleepmakeswaves have delivered a masterstroke of post-rock that demands the listener to not listen casually in the background, but to immerse themselves in the musical journey. There’s lots to take in with this album and it’s all worth taking in.