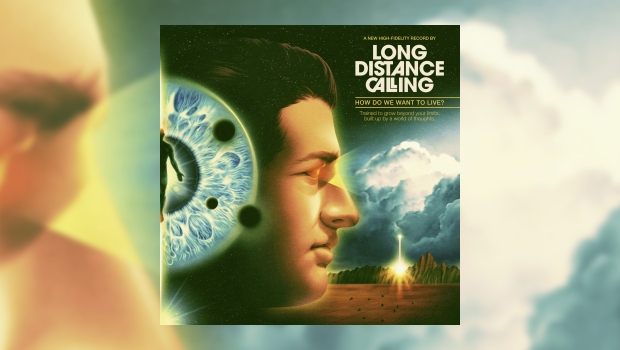 Long Distance Calling – How Do We Want to Live?

Some genres are quite narrow in scope, while some are so wide as to almost be boundless. Post rock veers more towards the latter, with a huge variation of sounds and styles being ascribed the tag. And yet, take almost any band described as post rock and they will be seemingly playing within their own boundaries. Long Distance Calling, however, seem to take on a different aspect of the post rock expanse for each subsequent release. Each of their albums has been quite different, and in that respect they are possibly one of the most progressive of post rock bands. For their seventh studio album in the fourteen years since their first release, Long Distance Calling look to the past and the future simultaneously.

I love the cover art, which evokes sci-fi paperbacks of years gone by, expounding theories of years to come (and some, like Back to the Future, which have now gone, without ever being as they were dreamed). It’s the perfect cover art for an album that looks at humankind’s perpetual curiosity about what the future might hold, and in particular the role Artificial Intelligence might play in it. Indeed, the opening pair of tracks are entitled Curiosity, and they provide an absolutely terrific introduction. I’m not entirely sure why they are presented as two tracks, as they really are one piece, with the first part being the introduction and the second the exposition. Even within this breakdown, the introduction of the first part bleeds into the second part for at least half a minute, before the main piece explodes into being. By the end of the second part, it is a reprisal of the first – further giving the impression (to me) that this would have been better served as one single track. But it’s no criticism, so much as an observation. Ultimately, when you are listening, there is no distinction between parts.

Hazard starts strongly, with delicate guitar played over powerful drumming. It’s probably the most straightforward post rock song on the album, which makes it a strange choice of single to me, as it is least reflective of the prowess of the band. Like the opening pair of tracks, the use of voice samples is terrifically effective, my favourite moment in the track being when those samples stop, and the guitars simply soar and roar. The rhythm section is thunderous, with the bass rumbling, and the drums echoing. The song as a whole doesn’t do a lot for me compared with others on the album, but those final minutes are an absolute joy to listen to.

Voices begins with an electronic beat and melody, reminiscent of Depeche Mode, and similarly moody. This is the song most people are likely to have come across, as it was released as a single with a quite explicit video of the sexual relationship between a man and his life-like Artificial Intelligence companion. I love the drums here, they propel it along for the first half before the guitars join in. The drums hold a commanding presence throughout this album, and Long Distance Calling’s discography in general. This makes their rare absence even more noticeable than it would be otherwise, and their return more welcome. That said, it is the interplay of all the instruments that creates the magic of Long Distance Calling. They make everything sound effortless and fluid, and the last minute of this song, when they are all going for it, is amazing.

Despite its short length, Fail/Opportunity is a real beaut, with an almost jazzy trip hop vibe to the beat. Caught somewhere between ambient and orchestral, while maintaining its post rock cred, the piece provides a perfect preface to the following Immunity. Does it relate to our opportunity to react to the present pandemic sweeping the globe, and the failure of many countries to do so, or to do so quickly enough? Is Immunity even about that present pandemic? I don’t actually know, and yet it ebbs and flows like the waves of the virus. Building with increasing menace, falling away, only to build again but stronger, harder, faster.

After the bombast of Immunity, the tinkling keys that introduce Sharing Thoughts are almost inaudible – but turn the volume up at your peril, for you will know about it when the track kicks in. I love the groove of the bass in this piece, and the resonance of the drums. They almost have the gated sound of ‘80s Phil Collins. Once again, the inclusion of strings is a gorgeous addition to what is already a standout. This is probably my favourite track on the album.

And if Sharing Thoughts doesn’t evoke the ‘80s for you, then surely Beyond Your Limits will, with the first appearance of vocals (rather than voice samples) on the album. I’ve never heard of Eric A Pulverich outside this album, but he has a voice which is, to me, reminiscent of ‘80s yacht and hair rock. The drums again have an ‘80s sound at times, even more Phil Collins than in Sharing Thoughts. I’ll be honest, though. I’ve nearly always preferred the instrumental side of Long Distance Calling. While they have had some terrific vocal performances throughout their albums (and I was surprised by how much I enjoyed Trips, which is probably their most vocal-heavy album), the attraction has always been the instrumental prowess of the band. So, this is probably my least favourite track on the album.

On the other hand, I love True/Negative, and its almost industrial nature. The drums have a definite industrial feel, that wouldn’t be at all out of place in a band of that genre. True/Negative is a short interlude like Fail/Opportunity before it, and pairs neatly with the following track, as Fail/Opportunity did with Immunity. However, before Ashes begins, there is a brief introductory voice sample. This is, for me, the first time the voice sample is not particularly effective, as it disrupts the flow from True/Negative to Ashes. I’d have liked the voice sample to have come in later, after the introductory notes, rather than before – or even at the very end of the song, to be the final thing we hear. But ultimately, within the entirety of the album, this is my only criticism, and it’s a small one.

Ashes is an absolutely amazing way to end the album – as perfect a closer as Curiosity (parts one and two) were as openers. Ashes is as dark and menacing and chilling as you could expect it to be when it’s opened by a speech equating the human race to a virus. And there I was wondering if Immunity was about a novel virus, when it seems it was likely about a virus as old as humanity itself. In fact, humanity itself. Curiosity is a real bastard…. 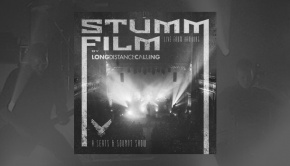