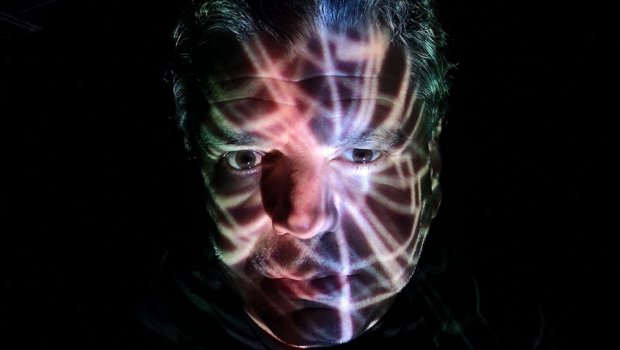 In Part One of Dave Cookson’s interview with John Mitchell, he talks about his new Lonely Robot release, Feelings Are Good, songwriting, collaborating, being the robot and putting it all out there.

Congratulations on the new album!

I have listened to the album a few times now and was interested in how you approach the songwriting as a solo artist, compared to writing in a group, for example, Frost*, Arena or It Bites.

All the other things I’m involved in are not my babies! Arena, I’m not that involved in the writing to be fair. The way these things operate are all very different; for Arena nobody except Clive Nolan writes a finished Arena song, and it is certainly stylistically different from the sort of music I write, very Gothic-y sounding, which is not everyone’s cup of tea. Arena are very much like my family, having known those guys all my adult life. Musically speaking, it is not the sort of music I would necessarily write, but I appreciate their company and companionship over the years and they have been very supportive of me. Frost* is another thing that I do, that’s very much Jem Godfrey’s baby. [phone rings… it’s Amazon… John gets rid of Amazon person!]

Again, we have a very similar way of working, Jem and I, and collaborating is a lot easier in that we both have the same sort of musical influences. I tend to think that Frost* and Lonely Robot are in a similar corner, musically speaking, working on my own I’ve never really had a problem with it. With It Bites the pressure was always on me to write the songs. John Beck is a very clever arranger, but he will sit there in front of you and say, “what have you got?”, so the impetus is on me to provide a starting point, a verse and a chorus, and then he is then very good at embellishing it.

In as much as writing music on my own, it is fortunate in that I’ve done quite a few albums in the last few years in a way, because I was so lazy in my twenties. I only wrote one album so I feel like I’m making up for lost time. I’ve enjoyed the process and not found it at all hard. I find that if you write a song and you have a title, and I always write to a title, so before I even start an album I’ll have a list of about ten, eleven or whatever titles and I have an idea of what I want the song to be about. When you have a title it’s kind of like having a coat hook to hang the song off if you will, so once you’ve got that the song kind of writes itself really, the mood of the song is defined. I suppose it’s no different to when somebody writes a book, you wouldn’t start writing a book unless you knew what the book was going to be about and what it was called, I don’t imagine anybody writes a book unless they have a title for the book to begin with. Certainly, the process is exactly the same in that it requires discipline. I’m a bit lazy really but once I get going, I’m good! But actually, it’s like starting an old lawn mower, takes ages but once it’s going – it’s going!

Would you ever find the title of that song change, or does the title arrive fully formed? For example, is it a line of the lyrics?

I’m intrigued by words and lyrics. I’m fascinated by people like Justin Currie from Del Amitri, and Roger Waters, they have such a compelling way of putting words together, and I’ve always been fascinated by words, as an example, on the It Bites album Map of the Past we had a song called Cartoon Graveyard, which is part of a lyric from a Paul Simon song, but I thought it would make an excellent title for a song, and I didn’t really know what I was writing about until I thought, the song is kind of about how you can become a caricature of what people expect you to be like, for example, if you are the class clown, you play up to that caricature and that’s what the song is about.

For this album certainly, I didn’t really have any idea, I never have any idea what I’m doing until I do it, it all suddenly falls into place. Back in the day, with It Bites, I was struggling to come up with any ideas and I kept glancing over to the book shelf behind me, and there was a book titled Great Disasters and another called The Tall Ships. Somebody came round my house once and spotted those books and another called The Wind that Shakes the Barley. I was literally nicking titles off book covers!

The Tall Ships was a clever title, I believe the song was about your soul being taken away when you die?

Cheery! You look for poetry in the day to day, the mundane and I thought that was a nice analogy. A lot of people have liked that song over the years, I’m glad that we did it. It was a good period of time when we were doing all that.

Referring to the new album, Feelings Are Good, it’s a bit more personal, were you saving up the songs for this concept?

I just knew that after the three previous Lonely Robot albums, that unsuspectingly became a trilogy, were full of grandiose ideas about all sorts of things, like ‘are we from this planet’? The next thing I wanted to do was something a bit more autobiographical that I can relate to, no different to any other songwriter I suppose.

Did you have some of the songs ready in the back pocket so to speak?

No, I do get asked this a lot. Do I have any songs lying around? Really, no! It sounds very workmanlike, me saying this, but it’s just ‘OK it’s time to make an album’ and I just sit down and start writing the album, and when I’m done, I’m done. Some people might record thirty songs and choose the best ten, why not just write ten really good ones to start with? You know when something is good off the bat, yes? I can tell if something isn’t working in about five minutes and will just abandon it.

Do you have somebody to bounce ideas off?

No, I usually work entirely by myself, I must admit I do miss working with a keyboard player. I did a bunch of writing with Jem Godfrey down in Cornwall at the end of last year, then in January we hired a coastguard’s lookout tower in Dungeness which had been converted into a flat. We stayed there for a week and it was very bleak, there’s a nuclear power station about 200 yards to the right and we were surrounded by roaring sea, very inspirational. We wrote five songs in six days, then wrote another three songs in the January. Jem is used to doing things at a much more leisurely pace than I am, whereas I like to know that by the time the day is over there’s another song in the bank. It was good experience where we ‘gee’ each other on. I do miss collaborating with Jem, and John Beck who is a great person to write with, they are both really talented guys and I am very fortunate to be able to work with them. I have found the process of doing Lonely Robot on my own really fulfilling.

Did you find it difficult to talk about yourself, even in a metaphorical way? Even though it’s not layered greatly.

Well it’s not the enigma code is it! One of the new songs, Spiders, is a metaphor for this person who entered my family’s life when I was about 12 years old, and trying to get rid of her was an absolute nightmare. The songs are just analogies, stories, not steeped in too much intrigue!

Is it hard for you to put that down on record? Speaking personally as a stiff upper lipped Englishman!

Yes totally, I’m 47 now and when I was a kid I would hear, ‘do your crying in private, don’t let your guard down’. It was refreshing to do the record, even though I’ve had a terrible history of not communicating my thought process to people and being very guarded. We are all a product of our upbringing!

It’s good to show your feelings in a positive way.

Feelings Are Good was intended to be an ironic title, and I went with a demented picture of myself for the album cover! A lot of people are divided about the art. I thought, well we’ve done space, epic things, sci fi so I just wanted to do things a lot more simplistic.

The whole album is about how difficult it is for people to express, certainly English people I find, we are not the most emotional tribe in the world, so I thought it would be a good title to reflect that.

Would you have preferred to release this under your own name, or is showing your feelings easier as Lonely Robot?

I’m sure I’ll get into a bit of trouble about this! I had a long chat with Thomas Waber (boss of label Inside Out) and I felt that as we have done the three linked Lonely Robot albums, and I want to keep making music, why not put new material out under my own name? He would prefer to keep the established brand name going though. My reasoning is that anyone who knows Arena, or It Bites for example, at the risk of sounding like a pompous arse, should know my name but perhaps people who know of Lonely Robot might not know that was me. I’m looking for the path of least resistance here. Ultimately, he’s the boss and they are my label, I don’t know that much about marketing and I just want to make music, so we have created the brand Lonely Robot, but I think some people may get confused and wonder ‘where’s the space dude, where’s the astronaut?’

On admittedly a much larger scale, David Bowie had his Ziggy period, I’ve got Lonely Robot. It’s just a name, and quite a cool name, cooler than John Mitchell! I’m happy to go along with it.

The album has been in the can a while, is it frustrating to wait until now?

The album was due to come out sooner, but a lot of things went wrong. It was pretty much finished in January, but we put it back as we had to reschedule tour dates. I wanted to make sure the tour dates appear on the album, it’s a moot point now as the tour dates might not happen anyway, as it’s in December and we still don’t know what’s happening regarding live gigs. Everything has to be lined up and in order, one sure fire way of promoting your gigs is to have sticker on the album.

Every Lonely Robot album I’ve done, there has been this period of limbo, then you have to plug your brain in again and remember it. You finish an album and it’s quite exciting, you hand it over but then you say ‘now what?’ It would be really great to finish an album and release it still feeling excited about it. 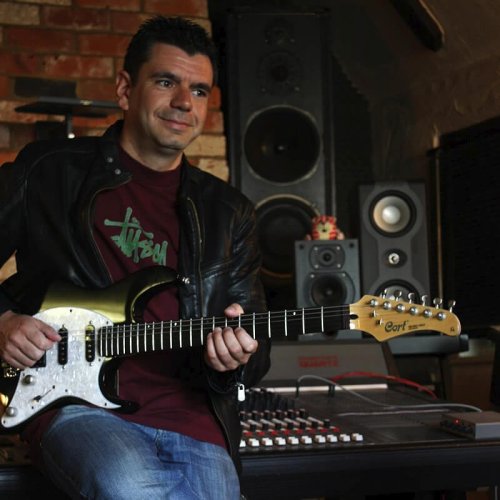 [In Part Two, John talks about the state of prog, social media, and what’s happening with It Bites…

… and you can read Dave’s review of Lonely Robot’s Feelings Are Good HERE.]]