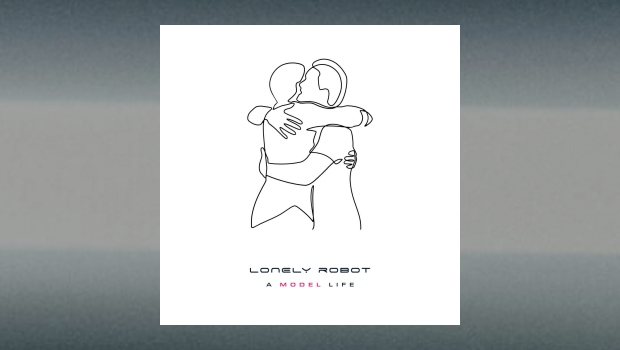 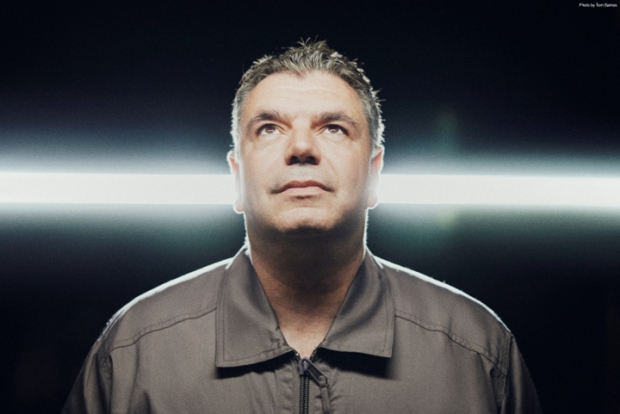 A Model Life is the excellent fifth album from John Mitchell’s Lonely Robot, and it’s not only his most personal album to date but could well be his most complete one, both musically and lyrically. With wonderful slabs of spritely and accessible prog rock mingled with ’80s pop sensibilities, John bares his soul with emotional, thoughtful and cathartic lyrics to make you smile and cry in equal measure, making it one of the best prog rock releases of the year.

As most of you will no doubt already know, John is a true musical polymath. As well as his involvement in Arena, Frost*, It Bites and Kino, amongst others, he is a much-respected record producer and engineer at his own Outhouse studios, as well as being the co-owner and co-founder of White Star Records, with its impressive roster of artists, including Kepler Ten, The Paradox Twin, The Room, Kyros and Quantum Pig. His distinctive vocals, wonderful guitar and multi-instrumental skills have graced many classic albums and A Model Life is certainly one more to welcome and savour.

The first three Lonely Robot albums, Please Come Home, The Big Dream and Under Stars, expressed the human condition wonderfully but linked it with a sci-fi ‘astronaut’ concept. The completed trilogy seemed to close the door on the Lonely Robot brand, but John was persuaded, from a commercial viewpoint, to retain it for his next solo album. Feelings Are Good was another great album, released early in the pandemic, full of personal emotion that somehow went under the radar for many prog rock listeners. Maybe more synth-driven at times, with less iconic guitar, but full of light and shade, emotional clout and yearning delicacy. Did people just miss the guy in the space suit?

The astronaut might still be on his travels, but A Model Life is quintessential Lonely Robot, as John comes out of lockdown with personal feelings, emotions, anger, regrets, hopes and reminiscences to share with listeners – all wrapped in some wonderful prog/pop music. John’s expressive guitar playing is more to the fore this time around, yet it is surrounded with warm keyboard-driven soundscapes, with the talented Craig Blundell returning on drums (remotely) to propel so many of the songs.

All of the ingredients that make a Lonely Robot album such a listening pleasure are present and correct. The soaring ‘Gilmouresque’ guitar soloing, the emotive, yearning vocals, the tapestry of CP-80 electric piano and keyboard sounds, lush production, the ridiculously catchy and accessible pop-orientated hooks and chord changes, the proggy complexity and a strong collection of thoughtful and confessional songs that can relate as much to our own lives as they do to John’s emotional pandemic experience. The fact that an album of such depth and complexity has all come together in about a month of recording and producing is an amazing effort and may go some way to explain how cohesive and integrated the artistic vision is.

Recalibrating sets the tone of the album, as John cathartically opens up to the break-up of a 16-year relationship and the need to both review and reset his emotional outlook. The lyrics are raw, yet have a lightness of touch:

Over stabbing guitar riffing (almost It Bites’ Cartoon Graveyard in style), twinkling piano and a light, galloping 6/8 drumbeat from Craig, the track is a light and airy composition with a catchy earworm of a refrain, with John’s guitar solo a joy to behold towards the end.

Digital God Machine is John’s heart-felt rant, with Roger Waters-style angst, at those keyboard warriors and trolls who hide behind the anonymity afforded by the internet. A dark, Peter Gabriel-like looped tom-tom beat, with even a cello played through a distortion pedal, alternates between a typically melodic main section that seems to recall previous Lonely Robot tracks as well as the likes of It Bites’ Playground.

“You’re out of touch and you’re out of sight
In this world of evergreen
You hide behind your barricades
In the safety of routine…
…Just let it go, just let it go
Digital God Machine”

Keyboards and guitar combine smoothly, and then alternate as lead instrumentation behind the vocals.

Species in Transition is a perceptive look at our inability to simply talk to each other about issues and concerns in this age of social media, tweets and Instagram. “Do you remember talking?”, John’s vocals have a particular plaintive quality over the atmospheric and sparse keyboards – with the hint of desolate coastal sounds somewhere in the mix as well. The pace builds up with Craig’s fulsome drum patterns and John delivers one of the album’s finest and most expressive guitar solos prior to a lonely, chiming conclusion.

Starlit Stardust is a beautiful song that also ruminates on the end of a relationship and that feeling of loss set against a darkly euphoric gaze towards the sky. This is pure Lonely Robot territory, with soaring, uplifting synthesisers, changes in tempo and intensity. Moments of intimacy suddenly give way to bombastic release, with more stratospheric bursts of guitar.  Sarah Lambert-Gates also provides some lovely ethereal backing vocals to enhance the track further.

The Island of Misfit Toys is a quirky track dealing with the idea that most of us don’t fit in with the perceived view of what we should be, from our own viewpoint as well as that of others – so we are set aside in our own area. I thought of the broken and neglected dolls and toys from the Toy Story films at one point, along with echoes of It Bites’ Plastic Dreamer? Maybe a hint that one day we’ll have our revenge on those who judge us as such? It’s an unsettling juxtaposition of dark and light, with a mechanical edge to the vocals and a range of grated drums, percussion and stabs of Farfisa organ giving it a spiky character. The accompanying ‘children’s television’-themed video enhances the suitably off-kilter and dark humour of the song.

The title track, A Model Life, sits at the heart of the album and takes a deep look at our lives as they are, rather than what we think they should be. Are we aiming for this perfect ‘model’ life to make ourselves happy and fulfilled, or are we kidding ourselves and should be focus on what we have? All those ‘what ifs’ in our lives and relationships.

A simple, repetitive Biko-like beat, brightly strummed guitar chords and echoes of spoken word lead us into wistful, medium-paced vocals and instrumentation that is unhurried and allows the song to breathe and develop perfectly.

Mandalay is another poignant and moving look back at John’s broken relationship, referencing the sprawling coastal estate from a Hitchcock classic, the haunting Rebecca, which is destined to burn down at the end. It’s a strong metaphor that also relates to times in our lives when things seemed safe and happy, and which have now been lost.

“In Mandalay, we once felt safe
So warm in black and white
The bonfire of the vanities
Where love was set alight”

John’s studied vocals over a simple piano structure with an atmospheric keyboard wash works very effectively and the sound stays with you longer than its sub-2-minute duration.

Rain Kings is one of my favourites and looks at not being afraid to cry when things go wrong. It’s a riposte to the ‘big boys don’t cry’ view of many, and the realisation that we sometimes must cry to both cope and move on. Starting with chiming percussion, like falling raindrops over the sound of a storm, the track is delightful and the way the rueful, melancholic vocals change to a more hopeful and optimistic character, with keyboards weaving emotional patterns over the powerful chorus, is beautiful.

Duty of Care is probably the most personal of all the tracks on the album. John was adopted at an early age, and here he questions the lack of love and care he received from his father, in comparison with his loving mother, questioning why this man would have wanted to adopt him in the first place. The sound of the nursery and the words of his late father create an unsettling, hypnotic atmosphere, including strings and marimba sounds, which is heightened by dense drums and bursts of guitar as John chants his protective mantra “Just keep moving, just keep breathing” against the abuse of his alcoholic father. It’s certainly an uneasy listen at times.

The album closes with another song concerning his troubled relationship with his father, who died when John was only 12 years old. In Memoriam continues to open up the deeply personal ‘Pandora’s box’ of memories and emotions from the previous track, and his determination not to follow a similar path, repeat the mistakes of his father and move on himself.

“Like my father before me, I chose to look away
Emotionally broken, by the stricture of the day
I was copying the fracture
It’s the only English way to be…
… And in memoriam, we are not the same
>And I will reclaim, yes I will reclaim, what’s mine”

A funeral-like organ and intimate vocals set the initial tone, but gradually the song builds up and we glimpse a real sense of hope emerging from the debris of the past – reflected by the flights of guitar soloing and defiance of the closing lyrics. No grandiose crescendo again but a reflective, purging conclusion, mirroring the personal journey we have been privileged to share with John for just under an hour.

It is true that John Mitchell does have his own signature sound that pervades all his musical efforts. For his many fans, it is lovely to report that A Model Life is a Lonely Robot album that they will have no problem in embracing, alongside his four previous releases. Progressive pop full of emotion and range, with his guitar playing back to sounding as good as ever, fully integrated keyboards and percussion, and his trademark production standards maintained throughout all ten tracks. The more you listen, the more rewarding the album becomes, as befits any quality artistic endeavour. For those who have yet to succumb to the charms of Lonely Robot, I would urge you to approach the album with fresh ears and savour its delights. John has once again bared his heart and soul and produced some top drawer, iconic melodic, progressive pop music in the process. Welcome back, John! A Model Life is a resounding success!