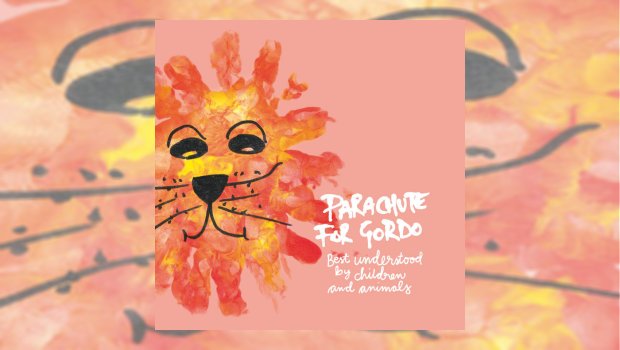 Parachute for Gordo – Better Understood by Children and Animals

I wrote recently about VASA, ahead of their performance at the 10 Years of Chaos gig, and how prior to this year I’d never heard of them. Parachute for Gordo is another band I have missed out on until this year. It blows my mind that bands as good as these guys have flown under my radar. Parachute for Gordo and VASA are also particularly appealing for me because they don’t stick to what people necessarily expect from the post-rock and math rock scenes. Both bands seem to incorporate a lot of styles without really belonging to any. From my point of view, that’s a good thing, and I love how diverse these scenes have become. While there are a lot of bands that still perform “by-numbers”, sounding both formulaic and derivative, thankfully there will always be those pushing the boundaries of the genres.

So, Parachute for Gordo’s unique take definitely excites me, and while I’m late to the party I’m not too worried as I feel I’ve come at just the right time to experience the best of what they have to offer. Leading up to the release of their latest album, Best Understood by Children and Animals, the band have released three singles – and in the spirit of a bygone era, each single has had a couple of b-sides. In my opinion, you will be doing yourself a disservice if you stick to just the album. As good as it is (and it is very good), the b-sides are just as good! What you will also get on each single is one live track of a song from a previous release, and one part of what the band have called the Onomatopoeia Suite – a series of improvised compositions.

Ladies and gentlemen, the Onomatopoeia Suite is amazeballs! With only three singles leading up to the launch of the album, there are only three parts. It needs a part IV. And V, and VI and VII and VIII. I never want it to end! Seriously, it is that good. And the live tracks are just as good. Given I am new to the band, I was unfamiliar with the originals and went to the Bandcamp page to check them out. The new live versions knock the socks off the originals. A lot of this is down to the production, as the originals have a very DIY sound, and it definitely doesn’t show the true strengths of the band. OK, I’m aware that I’m still not to the point where I’m reviewing the album, but I can’t apologise because I feel so strongly that it is worth checking out all three singles as well as the album itself!

Best Understood by Children and Animals has one point of difference that strikes me the most, and that is that while most post-rock bands are guitar-driven, Parachute for Gordo seem far more predominately centred around the rhythm section of John Harvey (bass) and Mark Glaister (drums), and their jazzy chops. Indeed, jazz is one of the tags on their Bandcamp page, and it’s deservedly present – even if it might confuse some listeners with a more rigid idea of what jazz is or should be. But, as mentioned in my introductory paragraph, Parachute for Gordo aren’t bothered by traditional genre boundaries and their melange of styles is a joy to listen to. This is a band who sounds like they have an awful lot of fun playing their music, and I have a lot of fun listening to it.

In fact, that unbridled fun makes sense in a way, given the album’s title and artwork (and indeed the artwork for the three singles preceding the album’s launch – sorry, did I just mention them again? Not sorry). Children and Animals see the world through somewhat naive eyes, and that naivety is carried through in the album’s tracks. I mean no negative connotations by the word ‘naivety’, more that this album has a joyful innocence, creativity and sincerity that might well be best understood by children and animals. Certainly, my children have thoroughly enjoyed bouncing around the house to it, and they might well be able to give a better review than I have so far attempted. White Noise Bear (I Am The Horse) seems to give them the most pleasure. That’s handy, I’ll use that for the featured video in this review.

My favourite, on the other hand, is the closer Alpacacino. And like the Onomatopoeia Suite, I never want it to end. Actually, as I get to the end of my review without having reviewed the album (an impressively unhelpful feat), I will just say how much I like when I get to the end of the album. Talk about going out with a bang! Best Understood by Children and Animals has a fantastic ending. I love the trumpet on penultimate track Snakes for the Blind, and can I just mention Alpacacino again? Those two songs alone are worth the price of admission.

Interestingly, Alpacacino was originally an ending to Dalai Llama (which opens the album), but ended up a track in its own right. The two Camelids-titled tracks bookend the album perfectly, and as I’ve not yet mentioned her yet I really need to say that Laura Lee’s guitar is fantastic on these two tracks especially, and particularly on Alpacacino. Blisteringly good! I could happily drown in the wash of feedback that the track comes to a glorious end on. I’ve done Laura a disservice, really, by not mentioning her until now. Her guitar and keyboard playing is very much an integral part of Parachute for Gordo’s sound, often contrasting gorgeously with the rhythm section to great effect.

Overall, Best Understood by Children and Animals is the pinnacle of Parachute for Gordo’s career so far (yes, I did make a point of listening to all of their albums, in an effort to catch up on all I’ve missed). Playful, positive and beautifully produced. I find this latest album’s charms irresistible and it’s joy infectious. Whether shimmery and dreamy or chaotic and relentless, the album is a gorgeously genre-bending delight that’s thoroughly engaging, and incredibly easy to listen to. Apparently not so easy to review, but I think that’s just because I was having too much fun. Now, if you’ll excuse me, I’m off to dance with my children again…