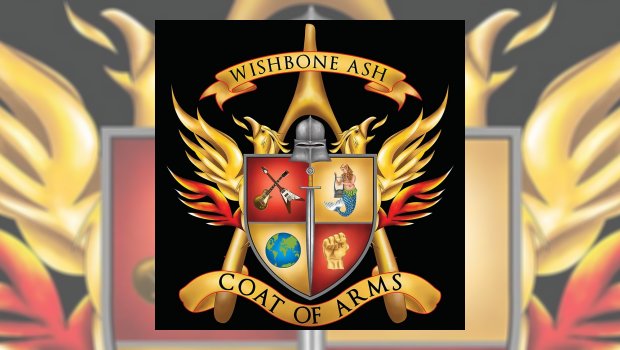 50 years ago, students from Exeter and Torquay combined to become Wishbone Ash. It was 1970, and I was nine! I didn’t hear anything about them until 1974 when I moved to Devon, and although they remained unheard(ish) and cult, they were known at my grammar school and I took an interest. I already liked a lot of prog, but here were a band lauded by a number of, shall we say, pretty girls in my year (I should add, out of my league).

From a band that has 24 studio albums to date, plus 10 live albums and a few compilations, Coat of Arms is their first studio album in six years. Opening track We Stand As One is the first single, released in January, holding close to the twinned leads of fifty years ago, it is an anthemic tune and, I dare say, crowd participation piece and will hold up well as a show opener. After 50 years you might expect that the Wishbone Style is fixed; it isn’t, and where with a new band you might expect the need to establish a sound, the band here show that their sound loans itself to multiple styles whilst maintaining the band’s character. Even the chosen topic is ancient, seeking to address concerns on the burning of the Amazon in Brazil and the recent fires in Australia, epic stuff.

Coat of Arms is classic Ash, all driving guitars and confident musicianship. The relative new boy, Marc Abrahams, is more than a match for Andy Powell, and ascribed in their press release as bringing youthfulness to the band (I think he’s about 40!). The writing team may have changed over the years, but the strength of the writing has not; The Ash cover many genre’s on this album, and to be honest, that which we call prog is quite absent, but having heard it, it is an album that I would not want to be without.

This surprised me. Familiarity and expectations have been thwarted; okay, the distinctive Wishbone Ash sound is there, but the blending of styles whilst holding that core is something really quite special. Empty Man changes directions again, it was also an earworm along with the almost stomping We Stand As One, and yet so different.

Floreana is the first of the ballads from this album, eloquent and chilled, the twin guitars in harmony. I suppose that is the key to the Wishbone sound, two guitars in harmony rather than a more usual rock battle for dominance. Drive, seemingly for driving to, is effective, the guitar work is great, but they shouldn’t overshadow the stalwart work of Bob Skeat’s bass and Joe Crabtree’s drums. The guitars may rise and swirl but the solid performances from the established rhythm section are equally important.

It’s Only You I See is the most progressive of the material on offer here; longer than the majority of tracks and with several changes of direction, quieter passages offering moments of reflection. The basic idea for the track came from Mark Abrahams as a homage to the track You Rescue Me, from Wishbone’s 1976 album New England. It works, comparing with classic tracks from that era, but without sounding dated.

Too Cool For AC: it’s early March, so cool anyway. Bury yourself in the Sundays, lay back and enjoy (‘AC’ being air conditioning, and no reference to me). Back in the day speaks volumes of past, present, and perhaps future and is most likely one of the tunes knocking them dead on the current tour. Simple and effective, I love this track, it just bounces along and is almost impossible not to tap a toe to.

Swiftly we move into Déjà Vu, pure Steve Hackett in style, to be honest, with that WA sound. (As an aside, in 1974 ‘WA’ meant Wallace Arnold on the side of coaches delivering grannies from the Midlands who would sit on the sea wall clad in winceyette, protecting their chips from the marauding gulls while waiting, hawk-like, for the call to the next bingo session. ’70s English Riviera; all the more reason to become a famous rock star and leave). Switch a twelve-string for the twins and there you are, it is rather good though for a slow piece.

Two tracks to go, neither disappointing and rounding off, for me, what has been a great album. I knew the music would be good, but it exceeded expectations and I would be happy to place alongside Argus, New England, and the others from the early days. 50 years passed, still within the ‘best before’ date, with indications that the King will continue to come. It maybe even more proggy than I think! 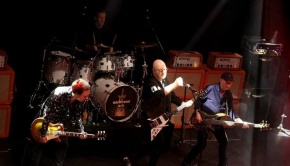