Nomadic Horizon came together as a result of Eric Gulbransen and Tom Heslin’s desire to create some music inspired by their mutual love of classic progressive rock, along with other styles that exhibit texture, dynamics, free-form creativity, and originality.

Give this a listen, yes really, but you’re going to have to get past the first track.

There is absolutely nothing wrong with Above Ground, it is a good, solid, well-constructed rock track. It swoops, it swirls, it loops and curls, but it isn’t the whole album. The usual suspects are represented, but so are the progressive stylings of Stackridge and Fairport Convention, the Celtic twists of Horslips, Thin Lizzy, and for a Scottish turn Big Country (careful with that e-bow). It is an album of styles, but you feel this is who they are, not what they are showcasing for a direction. The tracks I would term AOR are fine – adequate, pleasant, not bad or very good, dependant on the mood of the moment – the musicianship of the highest order, and the bass player one of the closest yet to achieve the qualities represented by the late and missed Chris Squire. Standing ovation for that, Sir.

Having laid foundations with the opening track, direction is changed. Gates, a short instrumental, slightly Celtic and with aforementioned Big Country, segues into another rock track in Carry On that has some interesting chord changes and rocks along with no surprises, until veering off into Thin Lizzy meets Saxon. Lots of duelling guitars over a steady drum and bass backdrop. Healthy radio fair.

The Fairport/Stackridge light shines next with a violin fronted tune that Chris Leslie/Ric Sanders or Rachel Hall of Big Big Train would be very proud of, beautiful and mellow, soaring and a world away from Carry On or Above Ground. Although the violins lead this track, The Journey ends with a spine-tingling guitar solo before slowing a closing with fiddle and acoustic.

On With the Show sees bass and keys to the front, and seemingly straight again rock with blues leanings. For those who have heard, not unlike The Room (check out their last album, it’s a cracker). Moving on, Nomads is an instrumental track, interesting, beautifully performed but lacking in a distinctive hook that would make the tune an earworm. That hook is the tipping point with Nomad Horizon, whether on this track or not, the hook that draws you to the band is not missing but undeveloped. Marillion would highlight this; great songs, sterling lyrics and just that little extra as they sink their hooks in you. That may seem overly negative, perhaps, but it’s the memory that will bring you back to a band.

Forty Years follows, again instrumental and laying out a not unlike Chris Squire bassline. Like the previous track, it highlights the band’s skills as individual musicians. It is, as my son would put it, rifftastic, something that I have come to learn means not necessarily a good thing. It has two parts, Part 2 does have a hook, intelligent progression, though I think it could have developed a little faster, more instrumental, a sort of rock Mike Oldfield. As a stand-alone piece, possibly my favourite.

The Take is from the realm of classic rock, lots of solo bits, all performed with an eye on the prize, guitars, keys, strings, thumping bass and solid drumming reminding me of Encircled. I’m fairly certain that despite my gripes, it is rather good. Coastline has that element, the hook, the earworm something that repeats in your brain, probably not enough to hang a whole album upon, but it would work very well in partnership with some Top Gear jolly jape. Again, our Bass Player presents a Squire-like bassline, and everyone in support is up to the task. The combination of songs with lyrics and those without now places Nomadic Horizon in the ‘what are you’ zone, even though they have the talent to sit in either to focus on one (instrumental) or the other and this may best suit their development, in my opinion.

Follow is the album ballad; two really nice voices, delivering a nice song, with a nice tune, drawing to a close a good album. Faint praise? When compared to the non-copyright music I am subjected to daily, it is very good, but still needs that little extra oomph, just an added phrase or chord in my view, but we don’t all like the same things and the authors of these pieces may consider my points tosh. But what is it that makes an album great?

Confusion, apt or not, the last track is the culmination of all that has passed before. This is a very good album, not great, but good and deserving of time and attention. It highlights a band with the potential for greatness if they can just get those hooks. In terms of the music they play, I cannot see it changing too much from what is here, it is a good cross variety of styles, though rock in the main. I don’t think it is an instant hit for your ears, but often the best is not. So, if seen and with cash to spare, it is well worthy of a step into the unknown, my favourites being Confusion and The Take. 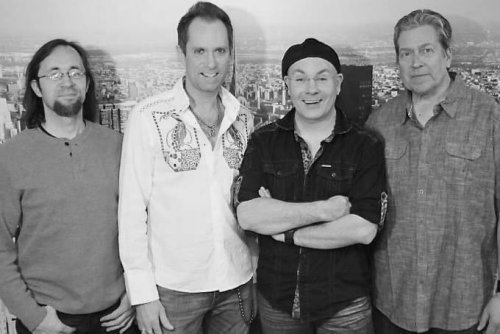